Now in its seventh year, the Rising Champion Initiative aims to inspire, empower and support 21-35 year olds who are passionate about the Australian beef industry.

CCA Acting CEO Margo Andrae, said that the Rising Champions program is about helping the next generation of beef industry leaders to step up.

“It is vitally important that the cattle producers and industry leaders of tomorrow have the opportunity to provide input into the direction of their industry today,” Ms Andrae said.

“We are very pleased to be giving young people who are passionate about the Australian beef industry exposure to current industry leaders and the chance to develop leadership skills to take them to the next level.”

NAB Agribusiness General Manager Khan Horne said that the bank is proud of its long term support of the Rising Champions.

“NAB Agribusiness throws its support behind this Initiative because we strongly believe in the importance of providing opportunities for the leaders of tomorrow,” Mr Horne said.

“I congratulate the finalists for 2017. It gives me great confidence in the future of the beef industry with the calibre of young people that the Rising Champions continues to attract.”

State finalists will attend a three-day program in Canberra on 11-12 September, networking with staff from the Department of Agriculture and Water Resources, learning effective communication techniques, developing their leadership skills, and participating in CCA committee meetings.

The 2017 winner will be announced at a gala dinner on 20 November in Alice Springs, in conjunction with Red Meat 2017 and the Meat & Livestock Australia AGM. 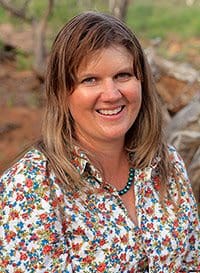 Kylie Stretton is the owner and manager of Charters Towers livestock agency Northern Livestock Services, as well as ‘Clancella Downs’, where she produces beef and free range eggs, and operates tourism and education programs. Along with running her own business and building up her growing herd of cattle on agistment, Kylie is the cofounder of Ask an Aussie Farmer Facebook community. 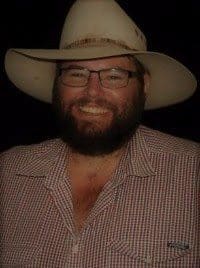 Shaun Byrnes is a Technical Officer overseeing Beef and Poultry Production at the Western Australian College of Agriculture at Cunderdin. In addition to this, Shaun is an Artificial Insemination Technician at his company Byrnes Cattle Co. Shaun has worked in the beef industry since 2003, beginning his career mustering and processing cattle in the Pilbara region of Western Australia, and holding various positions in saleyards, abattoirs and feedlots. 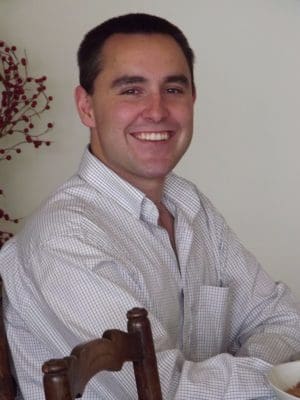 Aaron Brown has managed the family’s cattle and prime lamb enterprise in South Gippsland, Victoria since the age of 26. He has been involved with the Southern Australia Meat Research Council since 2015, developing new policies and priorities, providing feedback on R&D outcomes, and making recommendations regarding investment.

Darcy Nicklason is a junior partner in his family’s vertically integrated beef and prime lamb enterprise at Pyengana, in north-east Tasmania. He works with both parents in all aspects of breeding, finishing and processing, as well as liaising with local butchers to market the family’s premium grassfed beef. Darcy started his career as a jackaroo on a large beef, sheep and broadacre cropping enterprise, then worked at a large seed stock operation, on a cattle station, and in the sugar industry before returning to the family operation.

Tom Heggaton is the General Manager of Pastoral Operations for Argyle Food Pastoral, a beef and lamb production company located at Galong, in southern NSW. In his role Tom sources, fattens and provides cattle to meet forward demand from the domestic and international sales arm of the business. After growing up on a mixed farming operation, Tom spent two years jackarooing in the Riverina, and worked as a grain trader supplying feedlots as well as other end user consumers with grain across Eastern Australia and international container markets.

James Beale manages Bunda/Kirkimbie Station for Consolidated Pastoral Company (CPC) near Katherine in the Northern Territory. In this role, he is involved with all aspects of the commercial herd, stud herd and horse stud management. James grew up on a cattle and sheep property at Roma, in south west Queensland, before joining CPC as a jackeroo and working his way up the ranks.

James Pitchford from Keith, South Australia, has been involved in the cattle industry for most of his life. He is a farm hand at Hyfield Pastoral, and recently established ‘Pitchford Pastoral’ in partnership with his father. In 2008 he established a small Shorthorn stud and is involved in exhibiting and judging Shorthorn cattle.