WHILE there’s been a softening in value for some beef items in the Australian domestic wholesale market this year, others have been remarkably resilient, despite the drop in slaughter cattle values since December. Many slaughter cattle categories have declined 30-35c/kg in value since Christmas meatworks closures, representing a drop of $80 to $100 in value on a typical 280kg carcase. But that’s not yet being clearly reflected in wholesale pricing.

Beef Central spoke to a range of large meat wholesalers yesterday, most with multi-state or national business footprints to pick up the vibe in the market. A common view was that the domestic wholesale trade was in a state of ‘flux’, with some suggesting a clearer picture would start to emerge after Easter.

“The market is all over the place at present,” one exasperated trader said. “It’s lacking clear direction,” he said.

“To me, the wholesale market is treading water. There’s been a bit of additional beef demand out of Japan and the US in recent weeks, but we wouldn’t want to see a whole lot more supply emerge, to put pressure on the domestic market,” he said.

The uncertainly caused by the current market dynamic has meant that some wholesalers are trying to remain as ‘current’ as possible, avoiding build-up of stock in cold storage that could prove costly later, should prices move lower.

Recent rain events across the eastern half of Queensland and NSW, and into Victoria will have some bearing on short and medium-term rates of slaughter, and potentially on the wholesale market, contacts said.

“Some items, like rumps and trim have come under some price pressure this year, but it’s likely now that the wholesale market will not see a clear picture of price trends until after Easter,” one contact said.

“The market will likely stumble along until then, because supply across the major beef producing states is still being constrained by reduced kills caused by the weather.”

“That lost production is helping keep a bit of a floor in wholesale pricing at present. But there’s little doubt pricing would have come back further, if recent February rain had not arrived. It’s applied a handbrake, but we’ll get a clearer picture about where the market heads by April.”

The common sentiment expressed by wholesalers spoken to this morning was that both beef and lamb remained ‘too dear’ in the wholesale market, to arouse any real appetite from retail, food service or further-processing buyers.

“The chicken and pork boys are still kicking us all around the room on price,” one contact said.

Recent heatwave conditions across eastern Australia had also had a significant negative impact in late-summer beef demand. “It’s chased people inside into the air-conditioning, rather than remaining outside barbecuing, and it’s been seen in retail turnover for grilling cuts,” the contact said.

Slide in beef sales volume may have slowed

But after two and a half years of sharply rising beef prices in response to the surge in cattle markets, some wholesalers spoken to yesterday also felt the slide in beef sales due to consumer push-back on price had now been arrested. 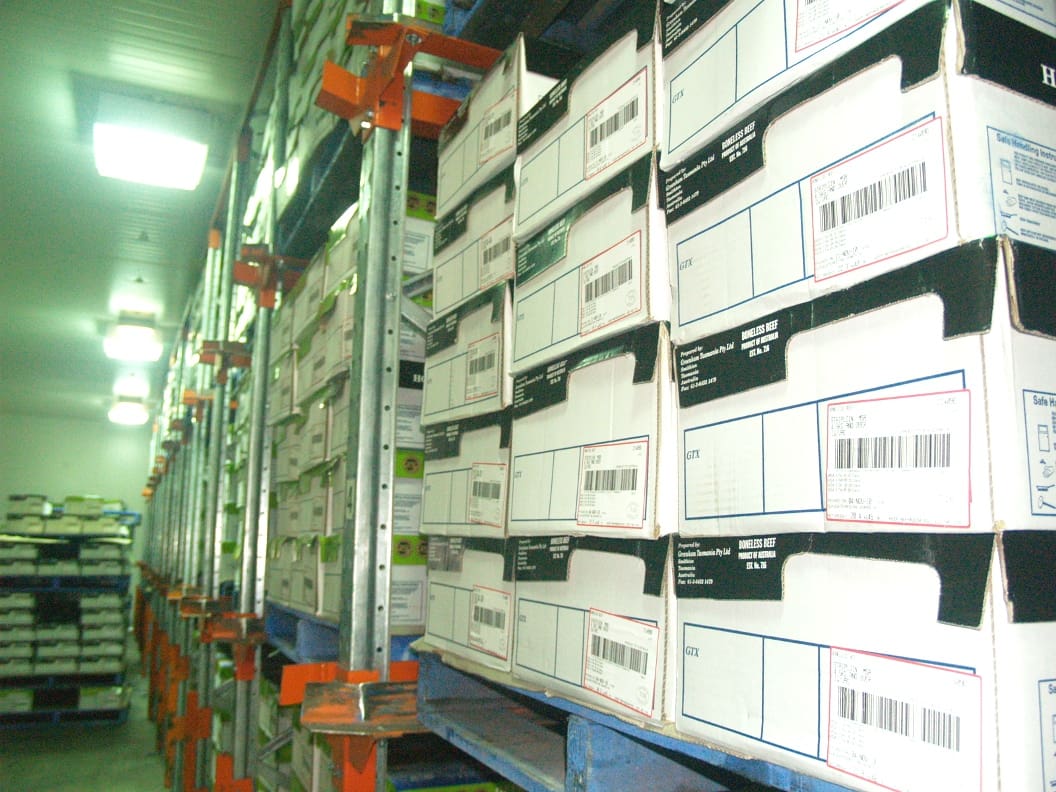 “I think the price cycle and consumer demand has now stabilised – it’s certainly not continuing to fall,” another Sydney wholesaler said.

“But there’s certainly less beef promoted on menus now than what there was a couple of years ago. Where there used to be five steaks there are now two; and a single steak offer now might be a rump, instead of a rib fillet. They are trying to keep the plate price under control, but it’s not continuing to slide.”

Another factor raised by industry contacts yesterday was greater export competition out of the US, Brazil and other countries, at competitive prices. That was having the effect of pushing some beef that would otherwise be exported back onto the domestic market. One wholesaler said some inventories were certainly larger now than what they had had over the past six to eight months.

“Heavier rumps are coming back in price,” one wholesaler said.

“Depending on whose it is and what it is, MSA rumps currently range from $9 to $10.50/kg in the market, with lighter rumps at the upper end of that range. Light, smaller ‘pretty meat’ is always going to be at a premium, because the supermarket trade is also chasing that style of product.”

Neither of two large supermarket operators have been featuring beef much in specials lately, preferring to promote ‘value’ proteins like chicken and pork. This week’s Woolworths specials catalogue, for example, features only one grilling cut – MSA rump at $19/kg, a saving of $2/kg.

Trade contacts said there was currently a wide spread in cube rolls in the wholesale market, from as low as $15/kg for budget lines through to $25/kg for the better quality grainfed and MSA cubes.

Striploins are currently wholesaling from lows of $9 for budget lines to $17/kg on MSA grass and grainfed.

There’s an expectation that prices on loin cuts will start to soften, as normal, with the onset of cooler weather after Easter.

Boxed beef trim for grinding was another category which had ‘bounced’ recently, wholesalers said.

“Domestic prices for trim started to decline a month ago, but they have since picked up again, as the price of imported lean trim into the US has risen in recent weeks,” one contact said.

Domestic 90CL trim had perhaps lifted 20c/kg in the past couple of weeks, back to where it was pre-Christmas in the late 500s or early 600s. Most offers on trim at present appeared fairly current, but there was a fair spread evident, with bids as low as 540c and offers of 580-590c, depending on the end-user.

Budget meat out of control

One wholesaler said the balance in price between budget primals and better quality meat got out of control towards the end of last year, but had since corrected.

“When the cow slaughter ran out towards the end of 2017, prices for budget meat got way too expensive, relative to better quality steer and yearling meat. At one point a cow cube roll that would normally trade at $12-$13/kg was trading at $16/kg, while good cubes were at $20-22/kg. But those cow cubes are now back to around $13/kg depending on brand, as slaughter of cows has lifted early this year again.”

“But we’re not seeing big volumes of anything arriving in the wholesale market at present. Wagyu cross butt cuts are a bit sick, due to supply – there’s volume around in the market that we haven’t seen for a while. China might be part of the issue there, and recent currency movements might have contributed. But it is mostly pretty current meat, with pack-dates this year – meaning there are no use-by date issues.”