What will Argentine beef export limitations mean for the global beef market?

RESTRICTIONS on beef exports out of Argentina – the world’s fifth largest exporter of beef – could have a significant impact on the global market, according to Rabobank’s latest global Beef Quarterly report. 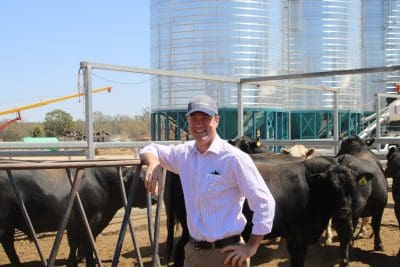 The restrictions, imposed by the Argentinian government on the volume and type of beef that can be exported, follows a 30-day suspension of beef shipments in mid May, and limits Argentinian beef exports to 50 per cent of the average monthly volume exported from July to December 2020.

“As Argentina was the fifth-largest beef exporter in 2020 and the second largest supplier to China, this cut in export volumes has the potential to significantly impact global beef trade,” the report says.

Stimulated by growing demand from China, Argentina’s beef exports grew by 54 per cent in 2019, a further six per cent in 2020 and four per cent in the six months to June 2021, despite the 31 per cent year-on-year drop in June with the introduction of restrictions. The country’s beef production has also been rising with the lift in slaughter weights over the past two years.

The report says while Argentina’s restrictions will be reviewed at the end of this month, “the new export system is unlikely to end in August”.  Although it is possible that some aspects of the restrictions could be eased, it says, particularly exports to China and Israel – the country’s biggest export markets – with China accounting for 75 per cent of Argentinian beef exports in 2020.

If restrictions remain in place until the end of the year, the Rabobank Beef Quarterly says, Argentinian beef exports for 2021 could drop by 23.5 per cent (year-on-year) although the “most likely” scenario – whereby sales to China and Israel are maintained – would see exports fall by 9.5 per cent.

“This is the scenario that we believe to be the most likely, as it would meet the demands of the production sector and raise the availability of beef in the domestic market,” the report says.

There are fears the export restrictions could also lead to a fall in Argentinian production – of between four and five per cent – according to the report. The last suspension of beef exports initiated a “20 per cent contraction in the national herd from 2006 to 2011, resulting in almost 12 million fewer cattle” to drive down production, consumption and exports by 21, 11 and 69 per cent, respectively.

With wider implications for the global beef market, the report says, the limited exports from Argentina – mainly to China – would benefit other exporters, primarily neighbouring markets such as Brazil and Uruguay.

“Although seasonal forecasts suggest favourable growing conditions, which should support ongoing producer demand, it is difficult to see cattle prices going higher than their current levels,” he says.

Australian exports are also down on 2020 volumes – in the vicinity of 13 per cent – to track 20 per cent below the five-year average for the month of July.