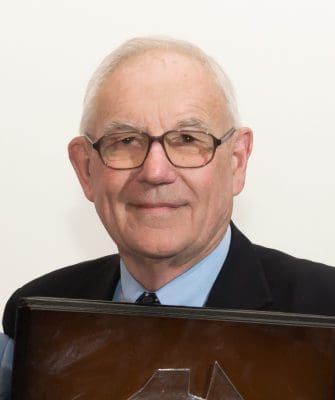 Mr Cottrill retired last year after a distinguished career representing the interests of red meat retailers, smallgoods manufacturers and meat processors through the Australian Meat Industry Council, and one of its predecessor organisations, the National Meat Association of Australia.

Mr Cottrill had been the chief executive of NMAA from 2002 prior to the merger in 2003 with the Australian Meat Council, which formed today’s AMIC industry body. It is rarely easy to blend two former rival organisations, and he was at the forefront of the historic 2003 merger, ensuring that the new company and its combined membership began effectively and efficiently.

While his overarching role at AMIC over the past 14 years was as the organisation’s chief executive, Mr Cottrill is perhaps best remembered for his work with the National Retail Council, representing the interests of independent butchers.

He went into battle for butchers on many fronts, from gaining a fair share of the MLA domestic marketing dollar, to contributing to the adoption MSA (independent butchers led the early adoption of MSA at retail), together with managing broader industry issues including food safety programs, Country of Origin Labelling, animal welfare and industrial relations and training programs.

One of his proud achievements was the formation and execution of the National Sausage Kings competition, celebrating the unique skills, pride of workmanship, individuality and customer-facing approach of Australia’s independent local butchers.

An accountant by trade, Mr Cottrill spent his early working life as a financial controller with aluminium producer Comalco, before joining the Dairy Farmers Co-operative in 1988 as company secretary.

He later found his way into the meat protein industry, joining MQF, a division of Nippon Meat Packers, and later in 1999, Melosi Fine Foods, one of the nation’s largest smallgoods manufacturers, as general manager. Three years later he started with NMAA, beginning the final industry representation phase of his career.

Within AMIC he worked tirelessly on a number of key platforms, namely financially stability and growth of the Council, developing a strong constitution for the council and effective governance controls.

His passion, and continued passion even in retirement, was the interests of AMIC members. He continued to serve as chairman of the AMIST super fund, and as a director of industry training body MINTRAC until recent times.

Mr Cottrill left AMIC in a solid financial position, with a large number of contented members, a good structure and great relationships.

“He will be greatly missed. He was dedicated, hard-working, and did not look for personal kudos – in fact he looked for ways to avoid acknowledgement for his efforts,” he said.

“His dedication to the meat industry and helping people in it was second to none.”

“His financial background meant he left AMIC in a very strong financial position, and we all owe him a debt of gratitude. At the same time he was a very private person,” Mr Melrose said.