AN AGREEMENT providing greater access for US beef to the high-value European Union market has upped the ante for Australia to achieve a similar outcome.

Last week, European Commission legislators approved an increase in US beef imports, in a move likely to ease transatlantic tensions. The vote came with a resolution urging the removal of tariffs imposed by US President Donald Trump on EU steel and aluminium and the withdrawal of his threat to raise tariffs on EU-manufactured cars and car parts.

The European Parliament voted by a significant majority in favour of delivering US farmers a larger share of the existing 45,000 tonne EU grainfed quota from next year. The US believes the agreement is on track for implementation in early 2020, delivering an initial 18,500 tonnes of the current HGP-free quota, rising to 35,000 tonnes after seven years. 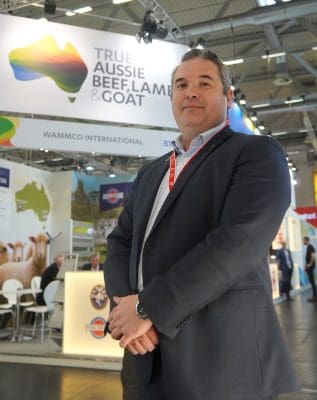 By 2026, that would leave just 10,000t of the existing quota for access by other supplier countries, including Australia.

Another significant advantage is that the agreement will remove the considerable logistical supply challenges faced by other eligible exporting countries operating under the onerous quarterly quota distribution system. More on that in a separate upcoming article on Beef Central.

Lack of capacity in the EU duty-free quota had been a “source of frustration on both sides of the Atlantic,” US Meat Export Federation president Dan Halstrom said last week.

A US-specific share would help ensure that US beef could enter the European market 52 weeks per year, without delay or interruption, he said.

While no implementation date has yet been announced, the agreement between the EU and the US on beef is designed to settle a dispute that dates back to 1981 when the EU banned the use of hormonal growth promotants in meat across the 28 member states, including imports.

The EU and the US eventually concluded an agreement in 2009 to grant a quota for HGP-free grainfed beef imports, which currently stands at 45,000t. However, under World Trade Organisation rules, the quota also had to be made available to non-US suppliers. Australia and Uruguay, and more recently Argentina, were able to conform with the quota requirements, pushing the US share from nearly 100pc to 30pc over time.

For last week’s agreement to become WTO compliant, the EU also needed to secure agreement from other ‘substantial’ suppliers. Reuters reported that Australia had confirmed that it had ‘reluctantly’ accepted the adjustment, and EU diplomats said that Argentina and Uruguay had also accepted the change.

With the new rules on US access likely to come into force within months, it adds a sense of urgency to current trade agreement negotiations between the EU and Australia, and especially so since a similar agreement was struck with South America’s Mercosur trade bloc, of which Argentina and Uruguay are members.

Australian trade sources have told Beef Central that Australia will be looking for a considerably better deal than that negotiated (in principle – not yet ratified) by the South American trade bloc. Considering the sheer export capacity of the South American countries, to secure just 99,000t access on a carcase weight basis (equivalent to only about 70,000t boneless), was considered a very modest outcome, especially given that it was tied to environmental management commitments. In comparison, Canada – a far smaller exporter – managed to secure a 50,000t access on its own.

One theory is that the South American member states found it difficult to agree among themselves over the terms of the deal they would accept, leading to a ‘soft’ outcome on beef. Some felt the negotiators were distracted, because China was now occupying much of South America’s attention as a customer, and they just wanted to ‘move on.’

In both sets of trade talks, increased shipments of beef to Europe was a key demand.

The current 45,000-tonne grainfed beef quota can be accessed by the US, Australia, Canada, New Zealand, Uruguay and Argentina. As such, the zero tariff grainfed quota is not allocated but available on a first-come, first-served (FCFS) basis. The quota is managed by the EU and access to it cannot be guaranteed even with an Australian Government quota certificate.

Speaking to an industry briefing in Brisbane recently, MLA managing director Jason Strong said Australia’s  Free Trade Agreement with the EU was now two years down a path of negotiation.

“When completed, it will be one of the fastest significant FTA’s we have secured – but don’t confuse that with the word, ‘quick’,” he said.

Recent meetings between the Australian and EU negotiators had shown there had been a good continuance in the process, Mr McDonald said.

“The recent publication of the Global Indicators (known as GI’s) was an important step in continuing that dialogue, and there will be key points that flow in from there, with hopefully some positive feedback as we go forward.”

Mr McDonald said the Australian industry’s objective (which was not necessarily the government’s position), was still ‘zero tariffs, zero quotas’ on beef into the European Union market, as it was in all trade negotiations.

“Obviously that is a challenge into this particular market, but if we look at the deals we have struck with the US, Japan and others, it’s a deal that potentially lasts a very long time, before it gets the chance to be renewed. While we don’t want to hamstring ourselves, everybody has been aware that it is a unique chance to get the right outcome.”

Rightly or wrongly, the EU’s concerns were around the protection of the union’s farming and agriculture groups, Mr McDonald said.

The prospect of an FTA also being finalised and ratified with the powerful South American Mercosur countries was also creating a lot of discussion in the beef market. “It’s still a fairly raw and fresh topic, and on top of the prospects of BREXIT, there’s concerns within the EU over what the implications are for the region’s beef and sheepmeat farmers,” he said.

“All of that has heightened sensitivities over trade access, and it’s likely that those issues will have to be resolved and moved forward before Australia and the EU get to reach a conclusion on our own FTA.”

Asked whether there was any risk of beef/sheepmeat being a bargaining ‘casualty’ in Australia’s negotiation process with the EU, Mr McDonald reiterated the industry’s position that beef was a ‘mandatory and non-negotiable’ component of any agreement.

“Obviously there will be some form of resistance from the EU as part of their negotiation process, but the Australian government has come out quite clearly and said a satisfactory and acceptable deal involves agriculture, and red meat in particular. And we’re going to be making sure that stays in the forefront,” he said.

Mr McDonald agreed that the whole uncertainty surrounding BREXIT was creating a major distraction in the process currently.

Discussions Beef Central held with major players in the imported beef market in Europe (separate stories to come) show that nobody has any clear line of sight to how the Brexit issue might end up. As recently as early November, motorway signs in the UK were still warning international lorry freight drivers that major regulatory changes might occur as soon as January next year.

While the negotiating teams involved in the FTA discussions between Australia and the EU were dedicated solely to that task, it was hard to image that the dramas surrounding Brexit were not having some impact on the EU’s political will.

He said time-frames for any final trade agreement between Australia and the EU were very hard to predict.

“Our government came out and said they hoped to complete a deal by the end of next year (2020), but I’d still think that is an optimistic timeline, based on past history. But everybody wants to get the deal completed in this current political cycle (both European and Australian), which suggests 18 months to two years to completion.”

Slow impact from US agreement

Mr McDonald said it was important to note that the deal ratified by the EU earlier this month with the US would not change beef trade overnight.

“The first year is for tariff free access for the US is about 18,500 tonnes. The US under the current quota ships only around 14,000t a year, so the immediate impact will not be great,” he said.