IT IS now almost six months since the World Health Organisation first declared the COVID-19 outbreak a global pandemic on March 11, 2020. 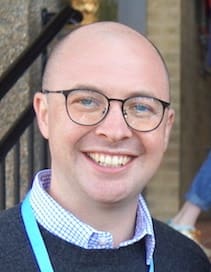 There have been many impacts on red meat exports and supply chains since then – but not all have been negative, as Meat & Livestock Australia’s Tim Ryan outlined in an Australian Beef Sustainability Framework Consultative Committee Webinar on International Markets and Trade on Thursday.

In a big picture overview of how COVID-19 has played out for red the meat trade so far, Mr Ryan said there were three major initial impacts:

The first occurred when COVID-19 was announced in China: “There was a lot of meat was sent to China in the last quarter of 2019 and the start of 2020 so there was a lot of meat sitting in in reefer containers in Chinese ports and distribution centres, and as that country went into lockdown the whole system seized up, so for a number of weeks there was a global shortage of containers in circulation and reefer rates increased.”

The second occurred as COVID-19 spread around world, quickly grounding passenger flights: “When passenger flights are grounded the bulk of Australia’s air freight capacity is taken out of the system. So it is not the primary mode of transport for Australian exports but in some markets it is particularly important, such as lamb into the Middle East or beef into some Asian markets like Hong Kong or Singapore (which) primarily rely on air freight.”

The third major impact involved the direct disruptions from COVID-19 related restrictions on supply chains: This impacted a variety of sectors, ranging from the difficulties livestock exporters faced in assembling crews for ships, to the challenges meat processors have faced, particularly in Victoria,through COVID-19 impacts on workforces and the reduced capacity brought by new COVID-19 regulations.

“Also at the same time we have seen impacts on the market access front with China not wanting to take product from plants that had COVID-19 because of the perceived food safety risk,” he said.

While the disruptions have been considerable, not all outcomes have been negative.

“In the Middle East where the industry has been advocating for longer shelf-life on product for years, COVID-19 acted as a catalyst to fast track some of those reforms,” Mr Ryan said.

“So there are current or planned shelf life changes for imported red meat in some of those key Middle eastern markets which is a positive.”

Overall red meat supply chains have survived disruption from COVID-19, but there are still potential impacts to play out in the months and years ahead, Mr Ryan predicted. A continued shift towards greater protectionism within individual countries is one likely impact.

“COVID-19 has been a real example of a lack of multi-lateral cooperation and if anything it is going to fuel more of the protectionist senitment that we have seen from the likes of Trump but also other pockets of the world,” Mr Ryan said.

“It will probably be even harder for multi-lateral trade reform through organisations like the WTO which are also currently leaderless.”

As economies plunge into recessions as a result of the pandemic more domestic industries around the world would pressure their Governments for protection.

“Government budgets are going to be really stretched given the amount of cash they have alrready, so if industries are struggling and they can’t get subsidies from their Government, trade policy could be a measure that we see come through as a means for Governments to protect their local domestic industries.”

Images of empty shelves in supermarkets are also likely lead to more policies encouraging greater self-sufficiency in importing countries which may also impact on trade.

“I think positively we’re starting from a base where global food trade has survived and has done quite well through this disruption, so we can really argue the point that imports play a key role in that food security story, it is not just about countries trying to produce everything themselves.”