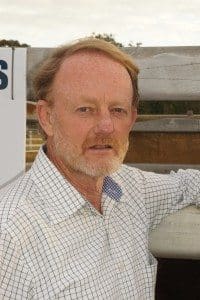 Australia’s beef export industry is riding a tidal wave that has been called the ‘developing Asia era’. It’s the third distinct era in the modern history of beef exports, argues well known industry analyst and former MLA chief economist, Peter Weeks. But how did Australia position itself to catch that wave in the first place and how do we prepare for the next one?

THE history of Australian chilled and frozen beef export industry over the past 50 years can be defined by three distinct eras.

“The beef industry has come a long way since its early days, driven principally by consumer demand growth in Asia, but assisted by trade liberalisation and greater sophistication and integrity throughout the Australian beef supply chain – especially on farm, in processing and in company and industry marketing, Peter Weeks argues.

While the US and Japan remain large and important markets, Australian exports now cover a full array of beef cuts to more than 100 markets – dominated by those in Asia.

In the ‘US era’ of the 1970s and 80s, beef exports were relatively simplistic. The majority was manufacturing grade beef for the US fast food sector, which dovetailed neatly with the high quality Australian retail and foodservice markets. Only small amounts of beef went to markets like Japan and Korea, which were governed by small quotas.

It all changed quickly in the ‘North Asia era’ when Japan and Korean markets were transformed by trade negotiations and liberalisation.

This trend also had an impact on-farm, with producers having to shift to fully grown steers and heifers, off both grass and grain, and to hit target weights faster to lift eating quality. Along came the lotfeeding sector to help meet those demands.

This helped set up Australian beef exports to ride the next wave – direct from China and Indonesia – and survive the re-entry of US beef into the Japanese and Korean markets in 2007.

It was principally the strength of underlying beef demand growth in these massive population centres, together with the easing of import access restrictions that drove this expansion, Mr Weeks said.

Australia is currently one of the few countries with official access to China and Indonesia and also has the added advantages of a strong image for clean and safe meat, a falling currency relative to these countries, the widest range of beef product on offer and well-resourced industry research, integrity and marketing programs to back it up. What’s in store in the next wave?

So what are some of the factors which may play out during this ongoing evolution of the Australian beef export industry?

Peter Weeks suggests the market features in future may include:

Peter Weeks’ article will appear in MLA’s June issue of feedback magazine, arriving in MLA members’ mailbags from this week.