THE humble snag will be celebrated in all its glory next month when the 2020 National Sausage King winners are crowned at a gala event being held this year in Terrigal, NSW.

Every year, dozens of independent butchers from across the country vie for the chance to participate in the ultimate sausage sizzle, battling their way through regional and state heats to earn a spot at the finals, under a program run by the Australian Meat Industry Council.

In February, 30 state finalists will head to the Crowne Plaza Terrigal Pacific on the NSW Central Coast, where a team of expert judges will determine the best bangers in six categories – beef, pork, poultry, lamb, continental and gourmet sausage.

AMIC chief executive Patrick Hutchinson said the competition might sound like a bit of fun, and it is, but there’s a serious side to it. 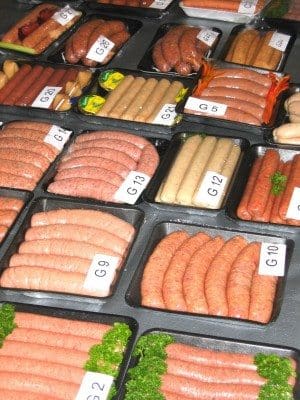 “Aussies love sausages and butchers love producing great products. So while the Sausage King competition is definitely a good time, the judging is serious business. Judges are industry professionals who score both raw and cooked sausages, grading them for flavour and texture as well as shrinkage, splitting and crinkling,” he said.

“Finalists have to meet a range of stringent criteria. In particular, they must ensure their sausages meet Australian Food Standards Code.”

The annual competition is open to Australia’s 3200-plus independent butchers, and is considered the meat industry’s premier competition program.

“This competition is about more than finding Australia’s best sausages – though that’s a pretty good cause in and of itself” Mr Hutchinson said.

“But it’s also an opportunity to highlight the role of the independent butcher. Whether they’re in a major metro shopping centre or in a tin shop in a rural town, butchers are highly skilled tradespeople. The butcher shop is not just a place to grab some meat for the freezer, it’s where people go to try new and interesting products, to get ideas for meals and meal planning, and of course to support local business.”

“We love our butchers, and we love our snags. In fact, Australians spend over $650 million a year buying nearly 100 million kilograms of sausages.” Inaugural Sausage Week to launch in 2020

Following hot on the heels of the National Awards will be the first ever National Sausage Week – an entire week dedicated to the beauty of the banger, the savouring of the snag, the simplicity and succulence of the sausage.

From Sunday to Saturday, 9-15 February, independent butchers will celebrate Sausage Week with in-store promotions, competitions and specials. Drop into your local store to see what they have planned.