AFTER an apparent false-start last year, Mexico has emerged as a potential new export market for Australian boxed beef.

In June last year there were announcements that Mexico, which is experiencing a beef shortage and soaring beef prices, had cut its import tariffs to zero.

However no further news eventuated and Australia’s trade to the market did not change.

But a new announcement made earlier this month now looks to be the real deal.

The new unilateral tariff rate quotas allow 200,000 metric tonnes (MT) of beef and 150,000 MT of rice from any origin to enter Mexico duty-free.

The new provisions temporarily remove tariff rates of 20pc for fresh or chilled beef and 25pc for frozen beef up to a volume of 200,000 tonnes, and are valid to December 31, 2017.

The beef tariff-rate quota was established to guarantee supply and contribute to the stability of the national beef market for the benefit of consumers.

According to the National Consumer Price Index calculated by the Mexican National Institute of Statistics and Geography (INEGI), consumer beef prices increased by 55pc in the period from December 2011 to December 2016, mainly due to a reduction in domestic availability and as a result of the growth of Mexico’s beef exports to the United States and a decline in the level of imports.

SE indicates that the procedure to allocate the unilateral beef TRQ will be “first-come, first-served,” which guarantees the distribution of the quota under fair conditions of competition, transparency, and economy.

The products covered by the TRQ include:

Australian beef export establishments will need to be ‘Mexican listed’ in order to supply.  Other countries likely to compete for the quota include New Zealand and Uruguay. 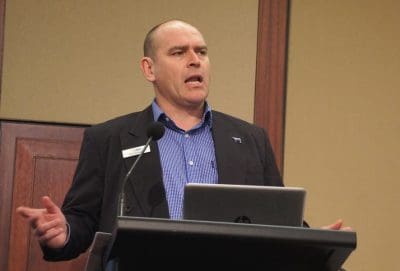 “Now is the time to strike with Mexico, if you do see an opportunity and you have registration for Mexico,” Meat & Livestock Australia’s US region manager Rob Williams told MLA’s Global Market Forum in Brisbane on Tuesday.

Australia has not sent significant tonnages of beef to Mexico since the formation of the North American Free Trade Agreement between the US, Canada and Mexico in the early 1990s.

For more than 20 years, NAFTA has fostered strong trade flows between the three countries, but recent pledges by Donald Trump to dramatically change the agreement have created significant uncertainty.

High US imports of Mexican beef in recent years have taken a lot of cattle out of the Mexican herd, leaving the country concerned about future beef supply in the Trump era.

Mexico’s Peso is heavily devalued. It is likely to remain a price-sensitive market, which may still restrict Australian trade volumes despite the new quota.