With the exception of smaller Wagyu programs, Kilcoy’s operations north of Brisbane from around mid-October will be 100 percent underpinned by MSA grading, using MSA criteria on top of company kill floor and chiller assessment specifications.

The plant’s annual throughput of around 400,000 head, with potential to rise well above 600,000 over time, will add considerably to MSA’s influence across the industry.

MLA has recently set a target to move the MSA grading footprint from its current level of 43 percent of national adult cattle slaughter, to 50pc of adult cattle by 2020. Kilcoy’s adoption of the MSA program will become a key driver in reaching that objective.

So why hasn’t Kilcoy moved to adopt MSA earlier, like many other large beef processors? There appears to be two main reasons. Firstly, more than 80 percent of the plant’s production goes into export markets, where MSA is not yet widely embraced by customers. Secondly, the plant’s singular focus on heavy grainfed production instead of killing a much wider range of slaughter cattle means it has avoided much of the tenderness inconsistency issues seen in other beef plants.

But times change, and Kilcoy’s chief sales and marketing officer Fearn Cholerton said the decision had recently been reached to adopt MSA grading. This followed a recent large commercial MSA trial at the plant to explore the prospects in the business.

“The results were compelling, for our new business model,” Mr Cholerton said.

“We see MSA as further enhancing and supporting our customer-focussed objective, up and down the supply chain. Even though 100-day grainfed cattle tend to be reasonably consistent in carcase weight and fatness, it does not necessarily mean that eating quality (as measured by MSA index) is going to be exactly the same in every carcase,” he said.

“We fundamentally believe that MSA grading will add further value to Kilcoy customer experience around the world. It effectively enables us to better ensure that the right customer is getting the right product, every time. It means we can deliver a more consistent eating experience in every market we service,” Mr Cholerton said.

As highlighted in this earlier Beef Central article, Kilcoy Global Foods is a business in transition, having recently undergone a $120 million plant redevelopment and expansion to drive quality and quantity of output, and a new focus on downstream processing, value-adding and distribution in the US and China. Backing this is a premium brand program expansion (click here to view earlier brand article).

Using the MSA index would allow Kilcoy to put much closer groupings in product performance within each carton, Mr Cholerton indicated.

If Kilcoy follows the line taken by some other MSA processors, it could also open up opportunities to further segment existing brands, based on MSA eating quality performance.

Within its mainstream brands, recent trials showed there will be percentage of carcases which could go into an elite brand program, because of how that product grades under MSA index results. 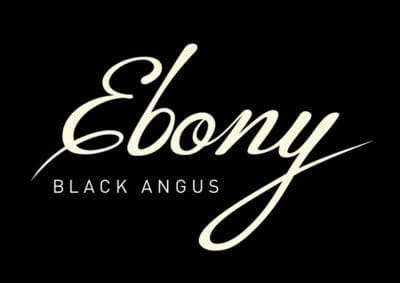 Kilcoy’s MSA trial work has shown that carcases in the Ebony 100-day Angus program rank in the top 8pc of all MSA grainfed carcases graded in Australia, while the company’s HGP-free ‘Pure’ program cattle ranked within the top 12pc of grainfed carcases nationally. Within that, considerable numbers of Angus carcases in the Ebony program, for example, were producing AusMeat marbling scores of 4 or better, after just 100 days on grain.

“Despite these results, some people in the domestic market do not currently even know about Kilcoy’s Ebony brand,” Mr Cholerton said. “MSA will enable us to extract from our already high-performing Angus and HGP-free ‘Pure’ programs, what we would call a ‘super-premium’ category,” he said.

In another branding development starting next month, Kilcoy’s ‘flagship’ Golden Jubilee brand identity known widely through key export markets like Japan and Korea (100-days grainfed, non-breed specific, HGP-accepted) will be replaced by a new brand identity, based on the same attributes and specifications. The new brand name – Kilcoy Diamond – is a clear reference to Kilcoy’s historic diamond-shaped company logo used for much of the past 60 years.

The second, equally important factor in Kilcoy’s decision to move to MSA grading is to supply the upstream MSA feedback to grainfed cattle suppliers, allowing them to benchmark their performance against others.

Mr Cholerton said the company believed that over time, enhanced feedback to feedlot cattle suppliers would continue to improve the performance of cattle presented for slaughter.

“There will be a learning and improvement process for some suppliers. We’re hoping to have a good round-table conversation with all of our feedlot suppliers over how they can improve their compliance and performance over time,” he said.

Given the benefit of good feedlot nutrition and adequate glycogen levels prior to transport, recent MSA trials suggested that less than 1pc of cattle consigned to Kilcoy would fall out of spec for MSA criteria like meat colour and pH, in the company’s new MSA grading era.

“And the reality is we’d like to see that figure reduce even further over the next 12 months, as suppliers and ourselves get accustomed to the system, and respond to feedback,” Mr Cholerton said. “Equally, there may be potential to improve performance in traits like marbling and growth rate over time.”

“But for the meantime, a new cipher is still a little confusing for customers in most of the export markets we are servicing. They still very much place strong value on trading using familiar, long-standing ciphers like GFYG or GFYP. We’re not in any hurry to try to push export customers in that direction any time soon, by will definitely consider using the EQG GF cipher for domestic customers.”

The move to adopt MSA grading does not necessarily mean every carton leaving the facility north of Brisbane will carry an MSA identity. Customers in Japan, Korea and China, for example, will see no significant difference in carton labelling or identity after the move.

“The critical piece will be the brand attributes, which will back a YG (yearling, milk or two-tooth) or YP animal. But we are still considering how we approach that in the domestic market,” Mr Cholerton said.

While Kilcoy already had a well-established domestic customer network for its grainfed product, he said he had no doubt that a move to MSA grading would appeal to a larger domestic food service and retail customer base, whose buying policies might currently require ‘MSA’ as a pre-requisite.

For example, an item which can achieve MSA three-star or four-star standard in five days might best be directed into the domestic market, whereas an item requiring longer ageing time to reach the same MSA standard might be better consigned into export, making use of the inherent shipment time.

Mr Cholerton said there would be no significant change within Kilcoy’s production system under the move to MSA – either in the livestock or post-slaughter stages.

The move will simply further enhance Kilcoy’s reputation for great consistency in grainfed beef, he said.

All but a couple of Kilcoy’s NFAS-accredited feedlot suppliers across southern and central Queensland and the northern half of NSW are already MSA-accredited, meaning little or no change will happen at the feedlot supplier level.

At plant level, the Kilcoy facility’s ability to sort carcases based on MSA results, prior to reaching the boning room has been greatly improved by a recent major investment in new chillers and other infrastructure (click here to view earlier report).

While processing under MSA inevitably added some complexity to the plant’s operations, in terms of sorting carcases and packing to MSA index results, the reality was that the benefits would far outweigh any drawbacks, Mr Cholerton said.

“Despite the scale of operations, it’s nothing that we are uncomfortable about handling,” he said.

“The Kilcoy business needs to continue to evolve in this way, given the scale it is going to get to in coming years.”

In preparation for next month’s move into MSA, Kilcoy Global Foods has opened up four new positions for MSA company graders, filled from a combination of existing (reskilled) staff and new recruits.

The company will also employ an MSA coordinator to work back through the supply chain with livestock suppliers, livestock department personnel experienced in MSA operations, and a new position in the meat sales team to work with the coordinator to create optimum boning runs and embed the new system within the company’s operations.