WHILE the company has sold beef ‘on the hoof’ for more than 120 years, historic pastoral player S. Kidman & Co has for the first time made the transition to become a branded beef producer. 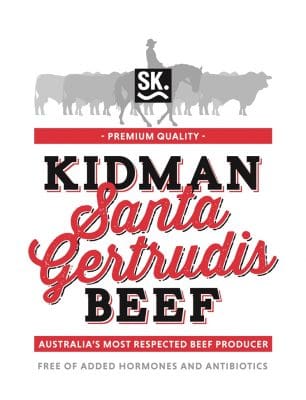 The company last week launched the first of several new brand programs at a function in South Australia. Held at the historic Penfolds Magill estate winery at the foot of Adelaide Hills, Kidman’s major shareholder Gina Rinehart launched the company’s new 100-day grainfed Santa Gertrudis Beef product at a function attended by a range of stakeholders.

The company announced in May last year that it planned to move into development of its own beef brands. It plans to launch a parallel grassfed brand program at some time in the near future.

“The 100-day grainfed Kidman Santa Gertrudis beef brand is another step in building upon and adding to the great Kidman legacy,” Ms Rinehart said during the launch. “It aims to recognise the great history of the 100-year plus company, and to pay respect to Sir Sidney Kidman and his endeavours, which started way back in the late 1800s,” she said.

“The new business strategy includes for the first time taking the Kidman brand beyond the sale of cattle, to grainfeeding and contract processing and packaging, for sale to Australian consumers.” 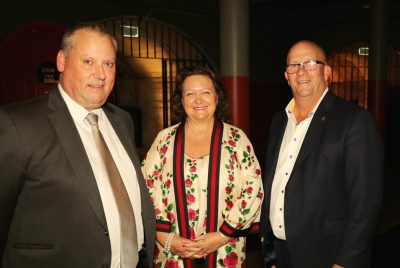 Initially the brand’s focus will be on the domestic market, but could grow into export trade over time as volumes expand, Beef Central was told. The company’s 3000 head Tungali feedlot near Sedan in South Australia’s southeast corner will be enlarged to 10,000 head, allowing greater throughput of grainfed beef, including brand programs like Kidman Santa.

The food service sector, through the restaurant and hotel trade, will be the initial target market for the new brand, however supply will also be channelled into the upper end of retail.

The product will be handled through a selected network of wholesalers/distributors, including Gary Stone’s Melrina, Richard Gunner’s Feast Fine Foods, and Holco.

While breed identity including Angus, Wagyu, Shorthorn and Herford have become more common in the Australian beef industry in recent years, the new Kidman brand is possibly the only MSA-backed beef brand in Australia to feature the Santa Gertrudis breed. 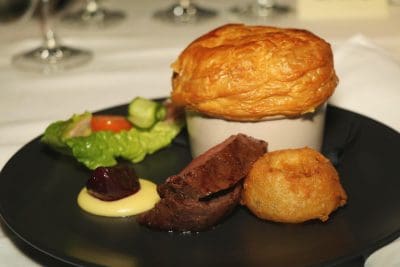 Kidman has had a 60-year association with Santa Gertrudis cattle, especially on its large Queensland channel country holdings like Durham Downs, Glengyle Durie, Morney Plains and Nappa Merrie (since sold). In a 2012 article, the company said it still ran about 110,000 Santa cattle.

“We think demand will increase rapidly, given the ability to manage the product through the supply chain, and the great brand story we have to tell, paying due respect to Sir Sidney,” a spokesman told Beef Central.

The full Kidman ‘brand story’ is still unfolding, but it is inevitable it will include close connection to the company’s deep history as a pastoral icon in Australia. Chief executive David Larkin has broad experience in beef brand development through his award-winning Atron Enterprises export business.

In his day, Sir Sidney Kidman became as well-known as any Australian citizen, after launching his pastoral empire 123 years ago in 1895.  Over time he held an interest in more than 100 stations stretching across northern and central Australia, at one point controlling a land area larger than England in size, running more than one million cattle.