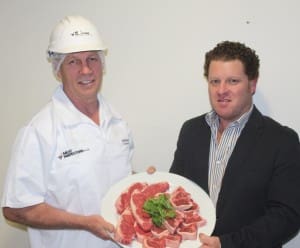 As Beef Central discussed in this story published back in February, the moves follow an EU audit that found the Australian Export Meat Inspection System (AEMIS) inspection model did not meet the EU’s requirements – specifically, that the function  be carried out by third-party inspectors.

At the time, the result came as a surprise to Australian industry stakeholders, contradicting earlier advice to industry from DAFF, as the department was then called, that AEMIS complied with EU standards.

Since its launch in 2011, the AEMIS company-employed inspection model has been widely adopted by export processors, including Teys Australia, JBS Australia and NH Foods (formerly Nippon Meat Packers Australia). Collectively they hold the majority of the nation’s EU grain and grassfed beef quota.

For those companies operating under AEMIS, post-mortem inspection is carried out by government-authorised officials who are employed directly by the processor.

A small number of EU-eligible plants continue to use a Federal government-supplied meat inspection model, which will not be affected by the EU directive.

A full background to the EU regulatory decisions can be accessed here, but in summary, an audit of Australian meat inspection systems was conducted in late 2012 by the EU’s Food and Veterinary Office.

The audit report said that while it had no issues with the operations, effectiveness or integrity of the AEMIS system, it found it did not comply with current EU legislation, which in essence says that official inspections cannot be done by personnel directly employed by the company.

It’s important to stress that the EU’s decision in no way reflects badly on the performance of AEMIS, but simply that in-house inspection does not meet current EU legislative requirements.

Australian EU-eligible processors operating under the AEMIS inspection model now have until the November 1 deadline to adopt one of three strategies:

Beef Central understands that some multi-site processors are considering dropping EU eligibility at one or more of their sheds, and consolidating those kills at other company plants.

Some smaller single-site EU-eligible plants (perhaps currently holding an EU license, but not active engaged in the trade) may elect to drop their accreditation. Other beef and lamb processors plan to revert to government-provided inspection, but it appears the majority of Australia’s EU suppliers are likely to leaning towards third-party inspection service provision.

It’s important to point out that for cattle or sheep destined for export markets other than the EU, current AEMIS inspection arrangements can, and will continue to apply.

Given the size of the Australian sheepmeat quota into the EU, relative to beef, the development is likely to have even greater impact on export sheepmeat processors, many of whom have moved to AEMIS. Sheepmeat export competitors like New Zealand are not likely to be affected, however, because NZ relies on a somewhat different inspection model.

In the wake of the developments since the EU audit decision was reached, a number of specialist Australian service delivery providers have now developed contract meat inspection services, accredited by the Federal Government under ISO international standards, that will qualify under the EU’s requirements.

In advance of the November regulatory deadline, Teys Australia has already replaced its AEMIS company-employed inspector team with third-party meat inspectors at a number of its EU-eligible processing sites across Australia.

The service is being provided by Meat Inspectors Pty Ltd, a subsidiary of AWX, which earlier this year became the first Department of Agriculture-approved independent inspector employer.

In some cases, former Teys-employed inspectors have simply been re-employed by Meat Inspectors Pty Ltd.

“This change is not just about meeting EU compliance,” he said. “We anticipate that third-party meat inspection services will offer a wider range of services and even greater confidence with our clients than the previous inspection arrangement did.”

Third-party providers would offer benchmarking and data analysis services, particularly in areas like offals, that would allow Teys to add greater value to its output, and ultimately to beef producers, Mr Maguire said.

Plant manager Mick Bird said while there had been some concerns about disruption during the transfer of the meat inspection role to a third party provider, the process had been seamless.

“A surprising benefit of using Meat Inspectors as a third-party service has been the extra value added about new ideas and perspectives,” he said.

“This whole process has been borne out of changes to legislation, but it also delivers an opportunity for commercial players to drive better outcomes,” he said.

A good example was data collection on offals, allowing processors to better measure and improve performance on fifth-quarter items, and share that information with their livestock suppliers.

“That value can be shared with the producer sector, seeking to maximising profits for all parties,” Mr Dart said.

“This is an exciting challenge for the future of our employees and clients, and it’s our objective to seek to revolutionise the meat inspection process. Our inspector employees will become multi-skilled, allowing for personal growth and professional development, for our clients,” he said.

Instead of simply delivering a ‘pass/fail’ on a liver, for example, it will be a ‘pass/fail’ with additional information about the reasons behind the result. That information can then be shared along the chain, with action taken for improvement, where necessary.

“The future is to look beyond the primary post-mortem inspection function and to seek opportunities for additional services,” Mr Dart said.

“We’re operating a service for our clients and there is no reason we can’t grow the number of services we will provide. Watch this space,” he said.

Mr Dart said the third-party meat inspection model would offer a genuine career path for meat inspectors and meatworkers in the industry.

Currently Meat Inspectors Pty Ltd employs third-party inspectors across four states, operating in some of the largest beef, lamb and game export plants in the country.

Mr Dart said the new federal government clearly had a desire to reduce red tape, and with the ever-increasing level of governance on the red meat industry from the market and its trading partners, third-party inspection lent itself to delivering reforms, and driving further communications up and down the value chain.

“However these evolutions will take time to bear fruit. We are back to the job at hand, ensuring wholesomeness of Australian products and maintaining market access.”