WITH Japan’s new 2015-16 financial year starting today, a second round of tariff cuts on beef imports from Australia takes effect, adding to the momentum in trade access achieved since the activation of the Japan-Australia Free Trade Agreement in January. 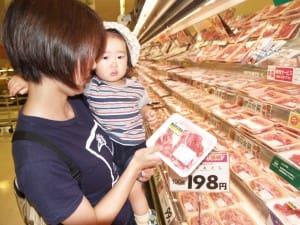 This is the second beef tariff cut under the agreement in quick succession, following the first round on the agreement’s entry-into-force on 15 January.

Tariffs of 38.5 percent which applied on Australian beef entering Japan up to January 15 will from today fall to 31.5pc for chilled beef, and 28.5pc for frozen beef.

The Federal Government estimated that tariff savings alone have been worth $27 million to industry since the FTA’s entry into force in mid-January.

In a statement issued this morning, agriculture minister Barnaby Joyce said Australian agriculture was already seeing some real benefits of JAEPA across a range of sectors under the historic trade deal.

There had also been great uptake by Australian exporters of the new Australia-only quotas for Australian product, with 50 percent of quota taken up in the first term (15 January to 31 March 2015), including all of the quota for beef offals, Minister Joyce said.

Australian exporters had already shipped quota products valued at more than $10 million since 15 January 2015, including 2833 tonnes of beef offal and 452 tonnes of preserved and prepared meats.

Minister Joyce also emphasised the importance of Japan as a trading partner and how beneficial this two-way relationship is to both countries.

“In 2014 Australia’s total agricultural exports to Japan were valued at over $4.1 billion and the value of our beef trade alone was $1.6 billion,” he said.

“The work of the Australian Government is making a real, tangible difference to producers—we are bringing better returns to the farm gate and helping restore dignity to the lives of farmers who have been doing it tough,” the ministerial statement said.

“JAEPA is proof the Government remains committed to providing Australian agriculture with increased trade opportunities in our current markets, in addition to our market access efforts in new and emerging markets. The agreement has enhanced what was an already important trade relationship between Japan and Australia—and we will continue to work hard on these positive outcomes for exporters.”

Parliamentary Secretary to the minister for agriculture, Senator Richard Colbeck, will visit Japan later this month to promote the outcomes of JAEPA and highlight the opportunities to Japanese importers and consumers of the clean, green high quality produce of Australia.