Australia’s love of meat pies shows no signs of abating, according to the latest findings from Roy Morgan Research.

Pie fans are more likely to live in rural areas than capital cities, with 51.0% of country Aussies partial to pies/pasties, compared with 45.6% of city dwellers.

South Australia, the home of the famous ‘pie floater, is the Australia’s pie heartland, as illustrated in the chart below: 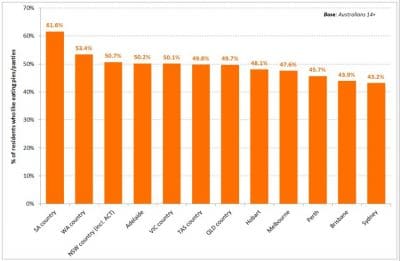 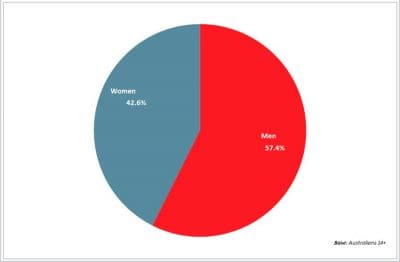 Roy Morgan data confirms that footy and pies are a match made in heaven, with supporters’ level of ‘involvement’ in their chosen code also having some bearing on their penchant for pies.

An above-average proportion of AFL supporters (56.4%) like eating pies/pasties, with financial members of AFL clubs (59.0%) and supporters who attend matches (59.8%) being even more partial to them.

Similar proportions of general NRL supporters (55.5%) and financial members of NRL clubs (55.4%) are pie fans, while supporters who attend matches (56.3%) are slightly more likely to like eating them.

Meanwhile, 58.5% of A-League supporters like pies/pasties, a higher proportion than either AFL or NRL supporters.

In contrast to the other two codes, pies are more popular with A-League supporters who watch matches on TV (56.7%) than attend matches (54.4%) or are paid-up members of an A-League club (52.4%).

Football supporters, their level of involvement, and pies/pasties 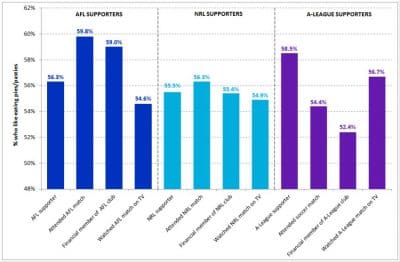 “After all, buying a pie while at a match is almost obligatory, a fact clearly not lost on AFL/NRL sponsor Four’n Twenty.”

Further points to come from the Roy Morgan Research included: