Hundreds of producers and industry stakeholders have attended the World Brahman Congress conference in Rockhampton today.

Brazil is intent on lifting productivity to increase competitiveness in global beef markets – however this isn’t expected to erode Australia’s trade position in the medium term, according to a visiting expert on the South American beef sector.

Rabobank Brazil-based senior analyst Adolfo Fontes, who addressed the World Brahman Congress in Rockhampton this morning, said the potential to increase beef production in Brazil through improved genetics for quality, growth and fertility, and greater use of grain feeding to boost carcase weights was enormous.

“We are starting to see a shift towards more intensive production systems,” he told the conference.

“Expectations are that by 2025, 20 percent of beef will be produced through feedlot systems – up from 10 percent currently. We are also seeing Brazilian farmers increasingly adopt integrated crop-livestock systems to utilise their maize and/or soybean crops, and it is estimated that five million hectares are now farmed this way,” Mr Fontes said.

While intensive production systems would increase the quantity, and also quality, of Brazil’s beef, it was still lagging behind the sophisticated production systems applied in the US and Australia – where feedlots account for around 90pc and 30pc of beef production, respectively.

Brazil has about 170 million ha of pastoral land, but about half of that had some degree of degradation, meaning average productivity was quite low. Rehabilitation of some of this land through integrated crop livestock (soy /maize/grass/cattle) rotations was becoming more widespread. 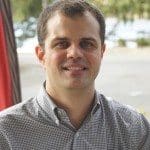 Mr Fontes said Brazilian farmers were also focused on improving genetics, with European breeds such as Angus and Hereford increasingly incorporated into the national herd, especially over Nelore breeders, through crossbreeding.

“If we can lift the productivity of our Brazilian cattle herd – which stands at 220 million head – we could emerge as the world’s largest beef producer,” he said.

Currently the US is the largest producer, yet achieves this with just 90 million head of cattle, mostly grainfed, and producing carcase weights more than 100kg higher than Brazil.

As the world’s second largest beef producer, Brazil also holds second-place in global beef trade, with key markets including (increasingly significantly) China, Egypt, Russia and the EU, but without access (at this point, at least) to Australia’s premium markets including Japan, the US and Korea.

“Brazil is set to become the biggest supplier of beef into China, with around 200,000 tonnes expected to be exported this year,” Mr Fontes said, “however, most of this growth represents a transition from the grey channel Hong Kong market to official Chinese channels.”

Mr Fontes said Brazil was also ‘on track’ to secure access to the US fresh beef market, with the first shipment anticipated by the middle of the year.

“While exports to the US will be limited by quota agreements, access to the US market will improve Brazil’s position in international markets and could be the catalyst for other markets to open their trade barriers – with sights set on Japan, South Korea, Mexico and Canada – although this could be a long way off,” he said.

“Australia is renowned for its high quality product, traceability and food safety and we expect it to continue to be the key, high-quality supplier into markets such as the US,” he said.

“That said, once Brazil improves the quality of its product, which is achievable in the next 10 to 20 years, we could see competition increase.”

Mr Fontes said there were challenges to the trade outlook, however, with Brazil facing infrastructure bottlenecks as well as political and economic uncertainty.

Currently 96 percent of Brazil’s exports went through ports in the country’s south, however it would be faster, and cheaper to ship product from the north, he said.

While Brazil was working to address these challenges through road upgrades, progress was being hindered by the complex political and economic situation.

With Brazil facing high inflation and rising unemployment, Mr Fontes said some commentators had describing the current economic crisis as the most serious the country had ever seen.

Gross domestic product is expected to fall by more than 3pc this year, on top of a 4pc decline last year.

“This has seen domestic beef consumption decline in favour of cheaper proteins such as poultry,” Mr Fontes said.

This has seen a greater proportion of product directed into exports, with export competitiveness aided by the devaluation of the Brazilian real.

“Even with the weak Brazilian exchange rate, Australian beef remains competitive into China from a price perspective,” he said, “and we would expect the per-unit price of Brazilian beef to stabilise with the currency not likely to fall further.”

Responsible for analysing the beef sector for Rabobank in Brazil, Mr Fontes previously spent five years as the market intelligence coordinator for a leading international company in the animal nutrition business.