AUSTRALIAN meat industry leaders have praised the Federal Government for “stepping up to the plate” and ensuring the essential nature of the agricultural supply chain in feeding the nation is recognised.

Every nation is taking its own approach to handling this crisis, and in most cases around the world this has meant keeping a range of food channels open so people are not being required to congregate in a small number of retail premises. 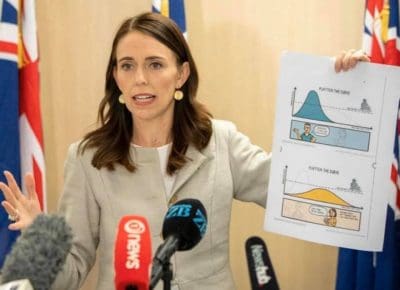 One exception has been New Zealand, where Prime Minister Jacinda Ardern’s Government last week ruled that independent butchers will not be considered an essential service during the COVID-19 lockdown.

An initial NZ Government list some days earlier did not exclude butchers, classifying essential businesses as “any entity involved in the packaging, production and processing of food and beverage products, whether for domestic consumption or export”.

On the strength of that messaging many butchers purchased bulk stock to satisfy consumer demand amid the panic buying of previous weeks.

However, the situation changed on Thursday when the NZ Government shifted to a ‘Level 4’ lockdown.

With that announcment it released an updated – and reduced – list of essential services, which excluded butchers, bakeries and similar small-scale food retailers, “as similar products are readily available in supermarkets”.

Many butchers are now having difficulty dispensing the meat they cannot sell.

One NZ butcher chain alone will lose an estimated $3 million worth of meat, Stuff.co reported.

there far less people at a butcher to potentially spread the virus than at a supermarket. reopen the butchers to keep new zealand safe! @jacindaardern https://t.co/Q4PNwS9Wyv

Retail Meat New Zealand has been advising its members it is working with senior NZ Ministry of Primary Industries staff to try to resolve the closures.

It said on its Facebook page it is bringing its attention to a range of issues including the bulk stock purchased by butcheries due to the lack of clarification of essential services, issues around butcheries that supply rest homes, halal certified meat to Islamic communities and small towns without access to supermarkets, and butcher shops with online stores and delivery services.

“We know the Prime Minister and ministers are aware of the issues we have raised,” Retail Meat NZ said on its Facebook page, while urging its members obey the law and wait for further updates.

In Australia, meat and retail industry groups have welcomed the Morrison Government’s approach to managing the supply of food through the COVID-19 shutdown.

“I think certainly we have been very thankful for David Littleproud as Agriculture minister, he has completely stepped up to the plate and has made it abundantly clear that the agricultural supply chain is essential to be feeding the nation,” Australian Meat Industry Council CEO Patrick Hutchinson told Beef Central.

“He has not said one channel is more important than the other, which is excellent.

“They are saying that by using social distancing you can go and buy your food and what you need.”

Mr Hutchinson said AMIC’s butcher members were working exhaustively to ensure consumers could buy what they needed, and also to assist individuals with information on how to cook and store meat.

“What this has shown to Australia as a country and as a community is butchers are important, meat is a non-discretionary spend,, it is a need, not a want,” he said.

“Whether they be metropolitan, rural or regional, butchers are important to their communities for a number of reasons, they are telling people how to cook, how to store, they’re looking after individuals.”

In a short online video (below) Australian Pork Limited CEO Margo Andrae said the Australian Government has assured industry leaders this week that butchers are an essential part of the Australian food supply chain.

“When retail support is so critical, there’s no easier way to help a small business than to stop by your local butcher and pick up something for dinner,” Ms Andrae said.

“Our understanding is that people need to stay away from each other as best as they can yet we see the big supermarket chains of Coles and Woolworths becoming hubs for people to purchase material while the smaller supermarkets, convenience stores and service stations in the suburbs are treated as secondary outlets,” Peter Strong, CEO of COSBOA, said.

“It has reached the stage where the larger supermarkets are allocating special times for older people to shop, bringing this vulnerable group together in large numbers.

“Wouldn’t we be better having people travel less distance for their necessities and meeting fewer people as they do so?”