THE US Meat Export Federation has analysed expected losses to the US beef and pork industries from China’s retaliatory duties on US products, following President Trump’s move to apply heavy tariffs on imported Chinese aluminium and steel.

While the impact will be far larger on US pork exports than beef because of the sheer size of the current pork export trade, both are substantial. 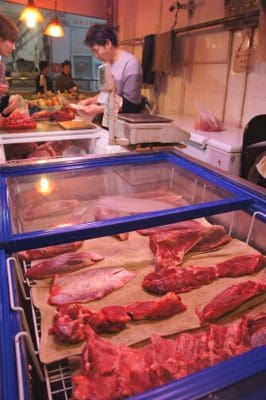 China’s additional 25 percent duty would stifle US beef exports to China, severely limiting exports in the remainder of the 2018 year, delivering export losses of more than $30 million, USMEF said.

“But the real impact is the lost opportunities for export growth in beef over the next couple of years,” USMEF said.

Progress had recently been made in expanding the list of plants eligible to export beef to China, and US officials are working on gaining eligibility for additional beef items. With these access improvements, USMEF had estimated annual exports could grow from the (pre-tariff) 2018 value of $70 million to $430 million within two years.

In US pork exports, the combination of lost market share and lower unit export values meant an expected loss of more than $100m from May to December 2018, or about $150m when projected over a 12- month period, USMEF predicted.

Lower values for key China variety meat items could translate into industry losses of $860m over a 12-month period. Adding in estimated losses for hams and processed pork meat could bring full-year pork losses to $1.14 billion, according to the report.

“In short, lost export opportunities over the next couple of years will be in the hundreds of millions of dollars if the tariffs are not quickly returned to the normal 12 percent,” the US Meat Export Federation said in a statement.

If China adopted international standards and access conditions similar to those in other major Asian markets and returned the tariff rate to its pre-existing 12pc, US beef and pork exports could exceed $4 billion within five years, the report found.