Service providers to the Tokyo Olympics are obligated to follow a Sustainable Sourcing Code, covering food served in official venues, including sporting venues and the athletes’ village. 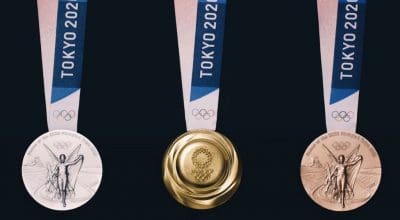 Meat & Livestock Australia initiated a process to have Australia’s beef industry integrity systems LPA and NFAS recognised under the code.

LPA and NFAS are now listed on the official TOCOG website (and recently reported in Japanese trade press) as schemes approved under the ‘Sustainable Sourcing Code for Livestock Products’.

A translation of the approval reads: “The Tokyo Organising Committee of the Olympic and Paralympic Games recognised LPA and NFAS as certifications for livestock products that are traceable and produced through sustainable measures as stipulated…. under the Sustainable Sourcing Code for Livestock Products.”

So far, only a handful of other food certification systems worldwide have been endorsed under the criteria. They include Fairtrade, the Rainforest Alliance, SQF Food Safety Code for Primary Production and the US Soybean Sustainability Assurance Protocol.

The benefits of Tokyo Olympic endorsement are seen as two-fold:

What is the Tokyo 2021 Sustainable Sourcing Code?

The code emphasises sustainability, food safety and the purchase of domestic agricultural products. It is administered by Japan’s Ministry of Agriculture Forestry and Fishing and is based on the ASIAGAP and GLOBAL GAP certifications – though other certifications can be accepted if they meet the same conditions.

Traceability: Traceability was described as a critical and indispensable requirement for all approved food suppliers to the Tokyo Olympics. In its submission, MLA pointed out that NLIS underpins both LPA and NFAS. Evidence provided to the committee included NLIS traceability framework and standards, PIC, NVD and NLIS database and standards concerning audits, training and other requirements.

Environment: Various evidence was required to prove Australia’s integrity systems in place, including on-farm safety, biosecurity, consideration to surrounding environment, prevention of contamination, water management and food safety. References were made to LPA Level 1 On-farm assurance, and NFAS Rules and Standards of Accreditation.

Society: The Committee reviewed the applying scheme’s responsibility for society and safety of people in the industry. Areas reviewed and approved under LPA and NFAS included community engagement, training and education, animal welfare and product integrity.

MLA’s general manager for international markets, Andrew Cox, told Beef Central that the Tokyo Games committee’s recognition of Australian beef under the code was a strong acknowledgment of our beef industry’s world-leading traceability and integrity systems.

“As service providers at the Tokyo 2021 games are obligated to follow the sustainable sourcing code, the recognition is good news for Australian beef producers,” he said.