Australian entries again dominated the gold medal award-winners, claiming three of the nine gold medals awarded this year – or 33 percent of the total. Our other gold medal recipients (more details below) included:

The championship winning Jack’s Creek Wagyu product was entered through the company’s Netherlands -based EU beef importer and distributor, Albers GmbH based in Dusseldorf. 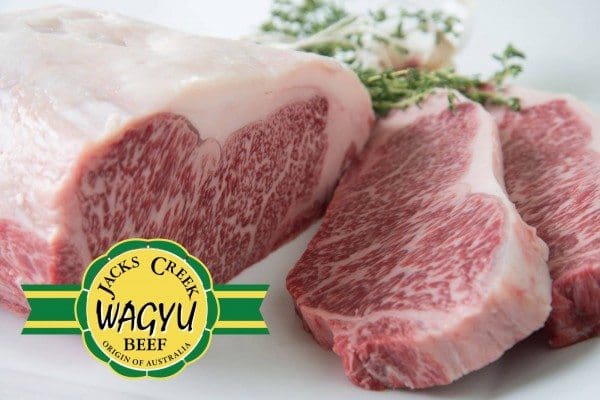 The winning entry started on a wheat-based ration (including corn homily), before graduating over the last 100 days onto a corn and corn homily-based ration, giving a unique flavour profile and optimising marbling. This contrasts somewhat with most Wagyu fed in Australia, which receive wheat/barley based rations.

The Australian Agricultural Co repeated the gold medal it earned last year with a Wagyu crossbred sirloin entry finished on grain for 300 days at the company’s Goonoo or Aronui feedlots in Queensland.

JBS finished as the event’s most successful exhibitor this year, picking five medals in judging.

In addition to the gold medal earned by the company’s JBS Royal brand, it also earned a silver medal for its grassfed Paraguayan Angus beef, and three bronze medals for Australian Wagyu, Uruguayan grainfed Hereford, and Argentinean grassfed Angus.

JBS Global’s UK managing director Marcus O’Sullivan said “for a global company like ours, this is a fantastic set of results. To be able to offer such a variety of beef products with varying and different attributes, but all recognised as being top of their class, is truly a notable achievement. It shows that beef produced globally in volume, whilst maintaining top quality, is truly possible and happening every day at JBS.”

In total, 15 entries of the 33 entries in the World Steak Challenge received either a gold, silver or bronze medal were identifies as carrying Angus genetics. Next best was Wagyu and Shorthorn, identified in four entries each, followed by Holstein and Hereford, three each.

The World Steak Challenge was based on sirloin entries, judged in both raw and cooked form by an expert panel of judges, against internationally agreed criteria.

The challenge is designed to provide a platform for countries and steak producers to benchmark their steak production against international competitors and use the publicity and recognition that it generates to promote their exports on the world stage.

Rod Addy, editor of Reed Publishing’s GlobalMeatNews, said the high quality of entries this year was a testament to the hard work put in by beef producers around the world.