UNCERTAINTY surrounds Queensland’s recently amended trigger maps and the impact this will have on property values.

Two weeks ago, the Queensland Department of Environment and Science quietly unveiled a new version of the Protected Plants Trigger map, as part of what it describes as ‘a regular review process which was been ongoing since 2014.’

It appears to have happened ‘quietly’, because in the lead-up to the federal election, Bill Shorten controversially announced that a Labor government would extend Queensland’s vegetation management laws across the nation – in line with the party’s climate change policy.

The announcement, which some suggested was to shore-up green preferences, drew an angry reaction from farm groups.

It is little wonder then the Palaszczuk Government was working behind the scenes, silently pushing ahead with its plan to roll out new trigger, or ‘blue dot’ (high risk), maps – compiled and subsequently released with zero industry consultation.

The DES defended its approach, claiming that stakeholders and landholders are notified immediately after the trigger map is updated and not prior due to the risk of pre-emptive clearing.

On June 26, the department announced the portion of Queensland mapped as a high-risk area on the trigger map is now 2.13 percent of the state, compared to the 4pc that was covered when the maps were first introduced by the previous government.

But these claims fail to make sense, with numerous sources suggesting the maps dramatically increase high-risk areas thought – but not proven – to support endangered, vulnerable and near threatened plant species. 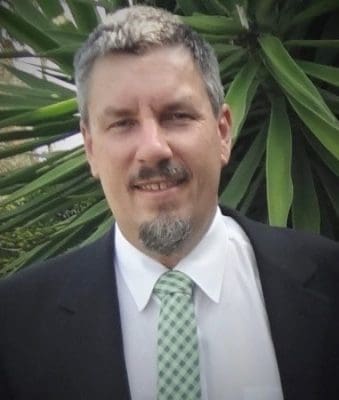 Dr Leach said it had been a confusing and complex issue that needed further investigation.

“As a result, AgForce will use GIS (geographic information system) analysis to try to determine the actual change to private land holdings and will continue to push the Queensland Government to rectify the obvious errors in the protected plants mapping,” he said.

“Ultimately, we would like the government to throw it all out, until it can come back with a science-based and reviewed process rather than the piecemeal approach that has happened most recently”

Dr Leach believes there is little credibility in the data if the government is comfortable in removing over a third of the mapping in one go.

In the meantime, AgForce fears the seemingly arbitrary change will have a devastating effect on many producers, making it more onerous and expensive to manage and graze their land and potentially drive down property values by millions of dollars.

CEO Mike Guerin said true to recent form, the government had placed the administrative and financial onus for its poorly-thought-out and unscientific approach onto producers.

“Farmers encourage a healthy regrowth and a balance between the different types of vegetation that are more representative of the open landscapes from the time of settlement,” he said.

“Farmers know that where management of the land is taken away from the people who understand it the most, feral pests and plants thrive, increasing the risks of wildfire, as greater fuel loads cause catastrophic burns which kill everything and set back country for decades.”

The trigger maps affect large portions of Queensland, with different threatened species identified across the state. 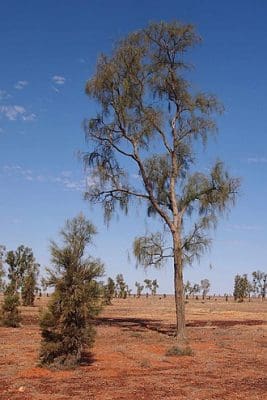 For instance, particular blue-grass species (Dichanthium queenslandicum or Dichanthium setosum) in the brigalow lands, waddi trees near Birdsville, the Cooktown wattle in North Queensland and the Tara wattle near Tara are all protected plants.

Also, trigger maps override a Property Map of Assessable Vegetation (PMAV) which determines what landholders can and can’t do on their land.

So, in their vegetation management, producers must now ensure a threatened plant or species is protected, otherwise they could be liable.

If there is no threat and producers wish to remove the high-risk area from their trigger map, they need to employ an environmental scientist to undertake a flora survey of the clearing impact area.

While there is no fee payable to the department for submitting that request, the landholder could pay anywhere from $6000 and $20,000 for that ecologist or botanist to undertake that report certifying they have found no endangered, vulnerable or near threatened plants, or within 100m of the area.

In effect, landholders are paying to be a custodian of the land but are not getting value from it.

This appears to be another example of how Queensland’s vegetation legislation does not reward good behaviour, with the restrictions imposed on landholders an added cost burden.

Impact on land use

The DES claims the presence of high-risk areas on the trigger map usually has no impact on current land uses.

“Existing grazing will not be affected. There are only requirements for clearing where the land is mapped as a high-risk area – containing native plants that are in the wild (bushland),” it said. 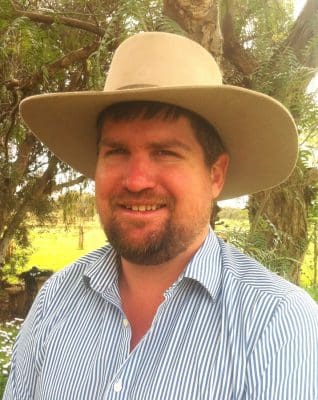 John Moore, a property valuer working with state farm organisation AgForce, said while trigger mapping did not affect existing farming operations, it did impact on many clearing and vegetation management activities.

“For example, blue grass (deemed a protected species) is now growing in a field a producer ploughed 20 years ago. Technically, that field can’t be ploughed again because blue grass is protected under the trigger map.”

AgForce said Queensland landholders are afraid new government mapping could lock up their land and force them to stop farming and grazing, but it also could also stop them from selling their land or force them to sell at a huge discount.

The DES believes it is highly unlikely that protected plant clearing laws will have any detrimental impact on land values because any existing grazing is exempted.

“Also exempted are a range of activities relating to grazing land values, including clearing of plants for firebreaks and routine maintenance of infrastructure, such as fences and roads,” it said.

However, it has been suggested that trigger maps could potentially drive down property values by millions of dollars.

Mr Moore admitted it was too early to determine exactly what impact they will have.

“It could take potential purchasers out of the market. If there is a portion of a property under trigger mapping, then buyers know they have to a) contend with the restrictions of that trigger map or b) deal with the issue and have it removed.”

“Potential buyers may not be interested in paying the asking price if it will cost them $50,000 in extra management costs as a result of the trigger map. Nor will they pay if the carrying capacity of a property is slashed by the equivalent of $50,000/pa,” he said.

Mr Moore is not sure when such discounting might occur.

“There is always a flow-on effect in the property market, but it will take time for trigger maps to be reflected in market prices. My advice as a valuer, a property owner and a farmer is to scrutinise trigger maps and study their ramifications.”

Some trigger maps cover 80 to 90 percent of a property.

Mr Moore said there will be an impact on the value if there is an effect on:

2) the cost of running the property (there are restrictions placed on the property that will cost time and money to undertake).

“The biggest risk in reduction of value of the property would be if ongoing regrowth maintenance of Category X of a PMAV is restricted under this act,” he said.

“For example, if there is regrowth brigalow that needs to be treated going forward and it can’t be treated because of the trigger maps, then the carrying capacity (productivity) of that area is going to decline very quickly. This will likely lead to the productivity of these areas diminishing, as well as the value,” Mr Moore said.

“Just like vegetation management maps, they will be another element to check when inspecting a property. A trigger map that has a detrimental impact on the management or productivity of a property will turn potential buyers away. However a straightforward trigger map that only affects a small area, is unlikely to impact valuation.”

The DES has produced a fact sheet about trigger mapping and the exemptions that relate to most existing land uses, for example grazing. The fact sheet is now available at www.qld.gov.au/environment/plants-animals/plants/protected-plants/clearing

Queensland landholders can check the trigger maps online at https://qldglobe.information.qld.gov.au/