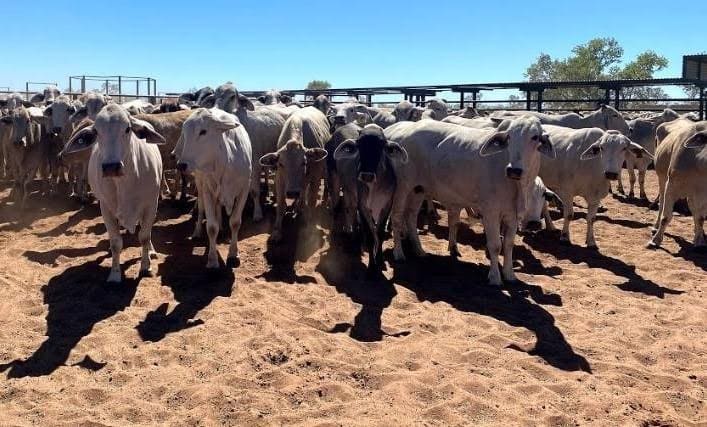 Late last year, after the end of the long dry season and before the arrival of the wet, several extensive Northern Australian cattle properties hit the market and were subsequently secured in the following months.

Setting the scene for the current high volume of property listings across northern Australia has been a series of benchmark sales in the Northern Territory, and northwest Queensland.

In January – 331,800ha Indonesian-owned Kiana, situated just above Cresswell Downs on the northern extremity of the Northern Territory’s Barkly Tablelands, 130km from Borroloola, sold to the Darcy family from Mallapunya Springs for $12 million bare.

The station is rated to carry between 10,000 and 12,000 breeders but those numbers could be lifted and further value added by completing a water development plan.

Kiana Station has a reliable, high annual rainfall and is watered by 10 bores, 39 dams and nine natural springs.

The same month, a record $104 million (including 40,000 head of cattle) was paid for the 1.25million hectare Wave Hill and Cattle Creek Stations by a syndicate involving South Australia’s Jumbuck Pastoral Co and three city-based investors.

Run as a single entity, the holding is situated in NT’s Victoria River District and runs 58,000 Brahman and Brahman cross cattle in a normal season.

Wave Hill is situated on the VRD’s high open downs with basalt plains and covered in Mitchell grass, in good seasons. Water infrastructure is extensive with 76 bores providing access for cattle grazing across the properties.

In February, Chris and Amanda Howie from Bindaroo Pastures paid more than $6 million for the 46,400ha Dixie Station on the Sturt Plateau, 110km south west of Katherine.

Dixie sits on top of the Tindal Aquifer and is watered by four bores, eight dams and numerous semi-permanent waterholes.

For the past ten years, it has been producing in excess of $310,000 of dryland hay per season. The developed carrying capacity on Dixie is estimated to be 3100 adult equivalents.

In June, Stanbroke’s enormous 438,000ha Queensland Gulf country grazing property Miranda Downs, northwest of Normanton on the Gilbert and Maxwell Rivers, eclipsed the sale of Wave Hill selling for around $180 million (including 55,000 head of cattle), bought by Peter and Jane Hughes’ Hughes Grazing.

Miranda Downs has large areas of downs and coolibah flood plain country, running back to sandy forest. It has an untapped and largely unexplored cropping potential given its huge 6000ML water licence from the Gilbert River. Miranda Downs, including 55,000 head of cattle, sold for around $180 million to Peter and Jane Hughes’ Hughes Grazing.

This month, the 59,810ha Stapleton Station was purchased for $7.3 million by Cross Pacific Investments, backed by Argentina’s Buratovich family.

Located 80km south west of Katherine and 305km south east of Darwin, it features diverse land and soil types. Around 125ha has been cleared and developed for hay production.

Water on Stapleton is secured by numerous stock dams and bores which provide water to a network of tanks and troughs. Natural waters include frontage to Mathison Creek and natural springs.

Brisbane-based Geoff Warriner is a senior transactional specialist at JLL who has been involved in marketing and selling major rural properties, predominantly beef cattle, in central and northern Queensland, the Northern Territory and across to the Kimberley in Western Australia.

He believes the current property market has been stimulated by high live export cattle rates and strong demand for agribusinesses across Australia.

“Vendors in northern Australia are taking advantage of low interest rates, reasonable seasons and good commodity prices. For anyone considering exiting the industry, now is a good time to sell,” Mr Warriner said.

He believes existing industry participants and large farming families will compete strongly with corporates and superannuation funds for the northern Australia assets currently offered for sale. 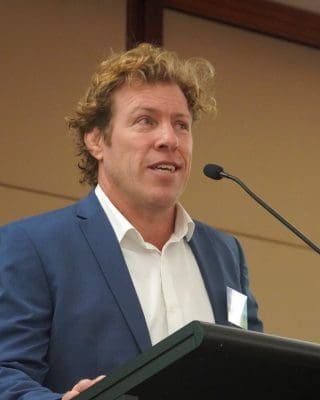 “Producers have money to spend because interest rates are low, cattle prices are high and confidence levels are strong,” he said.

Mr Peacocke said every recent pastoral transaction in the region had been a record, or close to it.

“The NT is experiencing unprecedented highs. Some potential vendors may be considering how much higher prices can go. Others perceive the market has peaked, which means now is a good time to sell.”

Mr Peacocke said buyers are seeking properties and inquiring about values, but it was difficult to source anything – particularly medium-sized holdings.

“Interested parties are cautious about who they represent. They are in the market to purchase for clients who have funds.”

“Some are seeking carbon investments and others need to invest offshore money. Several big existing landowners are looking to buy more country and, on the flipside, a number of established big operators are choosing to sell,” he said.

A recent Herron Todd White study of the NT pastoral property market found that from mid-2018 to mid-2021, land values have risen between 30 and 40 percent.

The analysis was on a land fenced and watered basis and excluded the added value of station buildings, yards and balance (unimproved) land, all of which typically vary (sometimes significantly) between properties and therefore can distort value levels.

Mr Peacocke said record prices were paid for the 28 holdings (across the NT’s 10 pastoral districts), with some sales breaking through a 40 percent increase in relative values from three years ago.

“Nine of the sales were to buyers with existing NT pastoral holdings, with the balance to buyers from interstate or overseas,” he said.

“The cheapest purchase went to a local, however, there were also several adjoining owner sales where premiums were justifiably paid. Some overseas sales broke records, and some were around market expectations at the time,” he said.

The 30 to 40 percent (average) increase in NT pastoral values since mid-2018 follows on from a similar value shift over the previous three years (back to mid-2015) which now sees the value of NT pastoral land at unprecedented levels.