THIS week’s property review includes this summary of recent significant sales, and a separate item on recent listings of note across Australia

Rifa sells first of its southern assets for $30m

The historic 2405ha Dunkeld property is a large-scale livestock (breeding and finishing) and cropping enterprise that was offered with 1800 Angus breeders.

Blackwood was settled in 1842 and was twice owned by the Ritchie family who in 2014, sold it to Rifa Salutary – the Australian arm of China’s Zhejiang Rifa Holding Group which has significant investments in the specialist machinery and textiles sectors, aeronautical and aviation, finance and agriculture in China and globally.

The new owner of Blackwood Station, Dunkeld Pastoral Co, is no stranger to agriculture, producing high quality beef and lamb on its Dunkeld grazing enterprises – the 3600ha Eulameet and the 4000ha Corea South.

In the meantime, a second Rifa-owned property, the 4390ha Kulwin Park in Victoria’s Southern Mallee, 65km south of Swan Hill, was secured by an offshore investor-backed fund for close to $10 million. 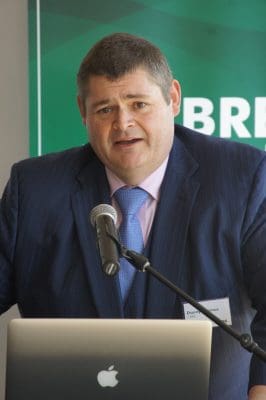 The mixed dryland cropping and grazing enterprise is described as highly productive and strong performing, historically planted to barley, grazing oats and hay.

Selling agent Danny Thomas, regional director with CBRE Agribusiness, declined to comment on the successful parties and the prices paid, but admitted they exceeded expectations.

“There was extraordinary interest in Rifa’s southern assets. There were multiple parties – both domestic and foreign – and the second round of the expressions of interest campaign was a very closely contested battle,” he said.

The remaining Rifa properties are:

The sales process for the New South Wales assets are understood to be at an advanced stage and a result is expected before Christmas.

Another Chinese investor sells out of Australian ag

An Australian family with local interests in the Upper Murray has purchased the large-scale beef powerhouse Mount Falcon Station for an undisclosed price, but believed to be close to $15 million (bare).

The sales campaign generated more than 60 enquiries and some 23 inspections from both private owner operators and investment funds, attracted by the large scale, high level of development and reliable rainfall.

In September, the 2887ha Mount Falcon was passed in at auction for $13.2m. It was expected to sell for between $13.5m to $15m and the buyer is understood to have paid a price at the higher end of that range.

Situated in picturesque valley country in the heart of the Upper Murray district, 29km from Corryong and 153km from Albury-Wodonga, the commercial beef operation is renowned for its quality livestock, extensive pasture improvement, first-class stock facilities and management.

The country has rich red granite soils that consist of slightly undulating slopes with some low hill country.

Bisected by the permanent Taylors Creeks and with a reticulated bore supplying elevated tanks and trough system and numerous surface dams, the water is described as failsafe. Sam Triggs from Inglis Rural Property said there was strong demand from Queensland, New South Wales and Victoria, as well as some international buyers.

“There is depth in the market for high rainfall and quality assets – rainfall is front of mind due to the dry conditions in eastern Australia,” he said.

A restructure prompted Chinese group Union Agriculture to sell Mount Falcon Station which it purchased in 2011 for around $6m.

The subsidiary of Hebei-based Jiahe Brewery owns another five rural assets spanning more than 25,000 hectares across New South Wales. They include:

The new owners of Mount Falcon will continue to run it as a beef breeding and fattening enterprise. Rocky Springs sells prior to auction

A grazing family from southern Queensland has paid between $8m and $9m prior to auction for one of the few freehold pastoral enterprises in North Queensland.

Rocky Springs is located 400km north west of Charters Towers and 330km south west of Cairns. It borders the Mt Surprise township to the east and has a 20km double frontage to Highway 1, the Savannah Way.

Rocky Springs has two major flowing permanent spring fed creeks, Fossilbrook and Elizabeth which runs east-west through the length of the property and in doing so provides year-long spring fed stock water and fertile grazing frontages.

Leuceana has been established on 40 hectares since 2010 and now provides reliable fattening capability.

Vendors the Buchanan family were running the property as a breeding unit supplying dry cattle to their other fattening properties near Innisfail.

Henry Slaney from Slaney & Co said there had been strong inquiry for the property which boasted good location, reputation and cattle.

“Despite a shorter wet season, the property was boasting a large body of feed. The new owners were prepared to pay a price that the vendors were very happy with, paving the way for them to downsize after 30 years ownership.” 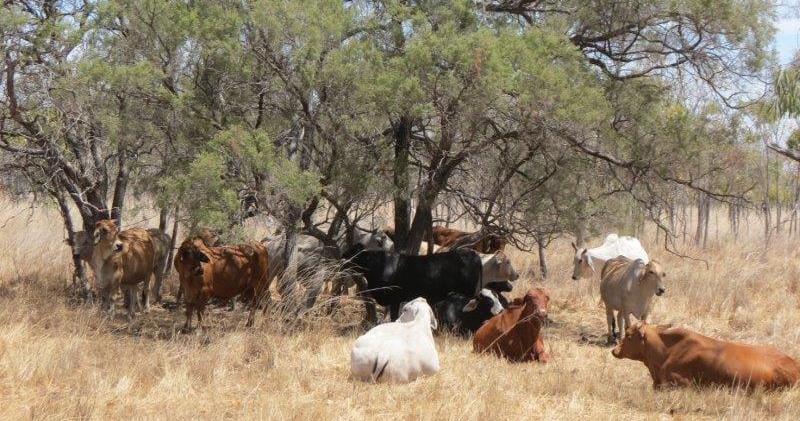 A grazing family from southern Queensland has paid between $8m and $9m prior to auction for Rocky Springs, one of the few freehold pastoral enterprises in North Queensland.