Ian Hewitt and family from Hanging Rock, on the Belyando south of Charters Towers, have paid around $18 million for North Queensland’s Springfield Station including 7500 head of cattle.

Ian Hewitt and family from Hanging Rock, on the Belyando south of Charters Towers, have paid around $18 million for North Queensland’s Springfield Station including 7500 head of cattle.

Peter McPherson from Queensland Rural sold the 68,500ha Mt Surprise breeder enterprise 400km north-west of Charters Towers, pictured above, but was unable to confirm the price.

Springfield has large areas of good cattle country for breeding, growing and fattening with copious amounts of crystal-clear spring water.

It boasts extensive double frontage to the semi-permanent Lynd River. The above ground and below water, including the naturally flowing Fossilbrook and Saltwater Springs, provides abundant water supply for the entire property.

A large area is basalt soil with the unique feature of swamps and clear Springfield creeks and the associated fertile frontages.

With an average 750mm rainfall, Springfield has good grass and can carry 11,000 mixed cattle.

The Curr family from Julia Creek has reportedly paid $23 million for Claraville, located in the heart of Queensland’s northern Gulf of Carpentaria.

The 217,000ha efficient low-costing breeding enterprise is located 80km from Croydon and 350km to both Julia Creek and Richmond.

It was offered for sale on a walk-in walk-out basis including 7149 head of cattle (as of October 2020), but sold prior to the online auction, with selling agents Geoff Warriner, Chris Holgar and Wally Cooper declining to comment on the purchaser or the price.

Claraville was established by the Rochfort brothers around 1884. Since then, it has been held by several owners, with the latest an Adelaide-based group of investors who purchased the property in 2014.

The country is predominantly open forest and is benefited by two rivers – the Yappar and Clara.

Claraville is currently running 11,000 adult equivalents, however there is scope for further expansion with large portions of the property undeveloped. Claraville spans 217,000ha and is located 80km from Croydon and 350km from Julia Creek and Richmond.

Located at Tintinara, in South Australia’s upper south east, 190km south east of Adelaide, it was offered for sale by Elders via expressions of interest closing on October 30.

Calgara Station consists of the 2578ha Calgara, the 1010ha Illawong and the 711ha Fullwoods and Barratts.

The sale was handled by Mike Lind from Elders Keith who was unable to disclose the buyer or the price.

A group of local and international investors is believed to have paid around $10 million for a prominent grazing and farming operation in Victoria’s Murrindindi region.

The property located near Gobur, 160km north of Melbourne, has been run by three generations of the Lane family since 1970.

Formerly home to the Kaloomah Hereford Stud, the country is suited to cattle, sheep, cropping, horticulture or equine pursuits. The carrying capacity is estimated at 13,000 DSE.

An abundance of natural water is supplied by 44 catchment dams, 166,000 litres of rainwater storage and dual frontage to Middle and Godfrey Creeks.

The sale of Kaloomah was handled by Nick Myers of Elders who was unable to disclose the buyer or the price paid. 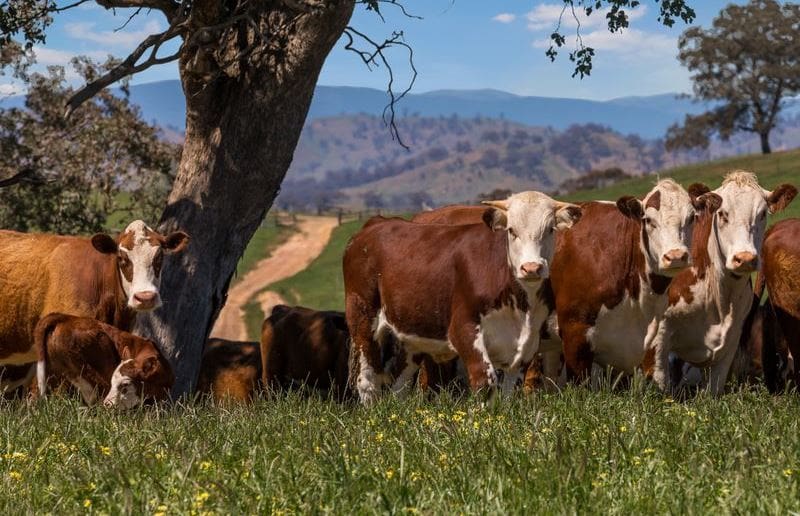 A group of local and international investors is believed to have paid around $10 million for Kaloomah, a prominent grazing and farming operation in Victoria’s Murrindindi region.

The Organically Certified pastoral lease covers 255,000ha in the North Flinders District, on the edge of Lake Frome and the Gammon Ranges National Park, about 540km by road north of Adelaide.

The property has a prescribed maximum stocking rate of 5940 cattle or 29,700 sheep equivalents. It was purchased by a South Australian grazing entity.

Since 1997, it has been operated by Simon Rowe and family from the large-scale livestock enterprise Princess Royal, headquartered in South Australia’s pastoral centre of Burra. However, the property is no longer central to Princess Royal’s strategic plan.

Featuring some spectacular and iconic landscapes, water is a feature with five main creeks and numerous watercourses, 28 bores and 10 dams.

The sale was handled by Philip Keen of Elders. 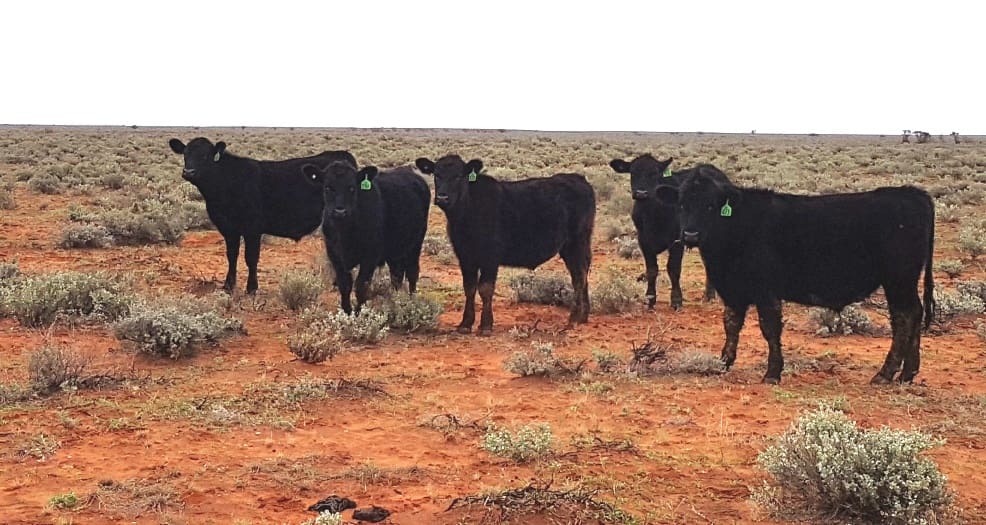 A record $10.3 million or $17,850/ha has been paid for a small parcel of safe, reliable cattle country in New South Wales’ highly regarded Ebor district.

Local producers Graham and Sonya Sheridan secured the 414ha breeding and fattening Meldrum and the 162ha Beaumont, 27km from Dorrigo, a day before auction.

The adjoining blocks feature softly undulating country, with a mixture of red and chocolate basalt soils. They are watered by the Meldrum Creek, a large spring fed dam and a bore.

John Starr from Elders Dorrigo said by it was a record price for a larger sized property by Ebor standards. A record $10.3 million or $17,850/ha has been paid for a small parcel of safe, reliable cattle country in New South Wales’ highly regarded Ebor district.
Local producers Graham and Sonya Sheridan secured the 414ha breeding and fattening Meldrum and the 162ha Beaumont, 27km from Dorrigo, a day before auction.

Located 23km west of Deniliquin, the 3342 hectares feature some of the district’s most enviable livestock and farming country – suitable for sheep and cattle and irrigated and dryland cropping.

The grazing country has native timber along the gullies and low-lying areas and there are 200ha of salt bush plantation for livestock grazing and winter shelter.

Water is a feature with 10km of Wakool River frontage, access to both Murray irrigation and river water, as well as substantial water storage.

James Sides from Nutrien Harcourts was unable to disclose the buyer or the price paid but said the highly sought-after property set a new benchmark for the Western Deniliquin region. The 682ha Salt Creek, at Harrow, are conservatively running 7000 dry sheep equivalents, however the holding has been previously cropped to canola, barley, wheat, oats and beans.

During the global pandemic, vendors Glenn and Bec Sambell and their four young children decided to return to South Australia to be closer to family.

“Fewer suitable properties in South Australia meant that opportunities to inspect and immediately buy another farm were limited,” he said.

“The Sambells listed their self-replacing composite sheep operation and after strong interest (surpassing expectations) settled in time for the easing of the border restriction between Victoria and South Australia.”

The family secured the picturesque 307ha Mount Wilson at McLaren Flat, 45 minutes from Adelaide, without inspection for just over $4 million. The 682ha Salt Creek, at Harrow, are conservatively running 7000 dry sheep equivalents, however the holding has been previously cropped to canola, barley, wheat, oats and beans.

Sugarloaf on New South Wales’ Southern Tablelands has sold at auction for $5.7 million – $1.2m above the reserve.

Col Medway from LAWD said two parties battled it out at auction – a family from Hay looking to relocate and a local family seeking expansion – with the successful purchaser being Virginia Kelly and her son Dougal.

Located midway between Crookwell and Boorowa, the 615ja block is a rare offering for the region – presented to the market for the first time in 160 years.

Sugarloaf features a balance of arable and grazing percentages, situated on the banks of the Lachlan River. Water is also secured from 14 dams, 11 of which are spring fed plus a bore. Sugarloaf on New South Wales’ Southern Tablelands has sold at auction for $5.7 million – $1.2m above the reserve.

A Marlborough district couple have made their first property purchase, securing the Central Queensland dual-purpose fattening and farming property Lindleigh.

Located in a tightly held area, 35km north of Capella and 85km north of Emerald, the 1635ha holding was passed in at auction for $3.95 million but sold shortly afterwards.

Described as good country and offering loads of potential, the recent dry years have made presentation of the property difficult.

Lindleigh sits at the foot of the Peak Range National Park, with the Calvert and Capella Creeks running through the property. It is mostly watered via the main dam near the cattle yards, which hasn’t been dry since construction in 2007.

The marketing of Lindleigh was handled by Matthew Beard and Terry Ray from Nutrien Harcourts.

An interstate buyer has paid around $3 million for Nimboy, a 52,245ha beef and carbon cash-flowing asset in south-west Queensland.

The Cooladdi breeder enterprise, situated 118km west of Charleville, last traded in July 2018 when a Chinese foreign investor paid $2.7m for the operation.

The mulga, gidgee and box country has the capacity to produce up to 1000 breeders.

Ben Forrest from Resolute Property said Nimboy can generate multiple forms of cashflow regardless of rainfall.

“It has the benefit of producing strong reliable cashflow in all seasons in the form of annual carbon payments and is an ideal income stream for debt reduction or general expense management.”

The conditional sale is expected to settle in mid-January.