Clifton was purchased by the Blacklock’s daughter and son-in-law, Megan and Dennis Folker from Dumas Station, north of Richmond for $1.38 million or $364/ha.

The country comprises mostly pebbly grey self-cracking clay soils and is grassed with barley Mitchell and Flinders. It responds well in both good and light seasons and is presenting a good body of feed.

The two properties boast excellent water infrastructure in the northern areas and good reliable, low cost, water over the remainder.

Wolston is at the top of the watershed of the northern and southern fall with very minimal flood fencing required.

The two properties were offered for sale by the Entriken family to dissolve a partnership, with Matthew Kennedy from Kennedy Rural handling the marketing and sale.

Earlier this year, he sold his four Menindee properties in New South Wales’ far west in a record walk-in walk-out deal worth close to $25 million, including around 7500 Merino sheep, Dorpers and goats, plus plant and machinery.

Whyenbirra’s 14,357 hectares, 60km south of Bollon and 132km south west of St George, are suited to breeding and backgrounding cattle, sheep and/or goats.

The fully exclusion fenced property offers safe and reliable bore water, and a mix of buffel and flood-out country.

The country comprises 75 percent deep red loamy soil and 25 percent deep grey flood out country, which benefitted from recent flooding from the Wallam Creek and carries a large body of fresh feed.

Water is a feature with the Whyenbirra share bore suppling five properties, as well as 18 tanks and 38 troughs.

In season, the  holding has carried up to 1500 cows. Over the past 12 months it has been destocked and has recovered from drought with an excellent body of feed, predominately buffel and herbages.

The sale and marketing of Whyenbirra were handled by Nick Dunsdon from Ruralco.

The Deguara family has listed its 5492ha of blue-ribbon grazing country in the renowned Valkyrie district for $17 million, after it failed to sell at auction.

Palari is located at Nebo in Central Queensland, 180km from Mackay, and is being sold by the family after 42 years due to succession planning.

The property is watered by three bores, turkey’s nests and permanent waterholes in the flood out country.

“Properties of this calibre are difficult to source. Palari would make an ideal backgrounding or bullock operation, supplemented by the use of the centre pivot.”

Previously, 526ha has been cultivated and planted to wheat or forage sorghum. Around 2833ha have been stick raked and disc ploughed.

Palari is being offered as a going concern with plant and equipment, but bare of livestock. The 4112ha  block is located in traprock country at Cement Mills, near Gore, close to the NSW border.

No price was disclosed, however it is understood the deal was worth around $620/ha. Barongarook was passed in when offered at auction in 2017 for $1.6 million. The property is estimated to carry 3500 breeding sheep or cattle equivalent.

Water is supplied from 56 dams with an 8km frontage to Macintyre Brook. Improvements include a four-bedroom homestead set in established gardens overlooking Macintyre Brook, plus a three-bedroom cottage and quarters/guest accommodation. 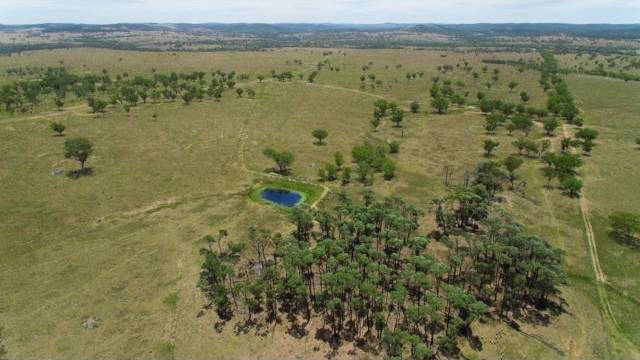