The co-founders of the fitness franchise company, Curves, started aggregating the adjoining properties ten years ago, while establishing their business in 92 countries around the world.

Combined, the properties boast a 14km frontage to the Murrumbidgee River and 3682ha of productive and well-managed country in south western New South Wales.

The first to sell was the 1193ha Jugiong grazing property Donna Valley which changed hands prior to auction for around the anticipated $3.5-$4 million sale price.

The purchasers were a syndicate who will add the block their existing grazing holdings.

The 1547ha Riverbend, pictured at top of page, a highly productive breeding factory featuring 7.5km frontage to the Murrumbidgee River, exceeded expectations selling for $8.7 million to a local farming family.

And a Riverina grazier secured the 654ha Tooracoll for $3.5 million and the adjoining 302ha Woolaway for $2.02 million.

The sale of the Heavin Farms aggregation was handled by Webster and Nolan and Elders Gundagai.

Selling agent David Nolan said the auction process delivered the results for the client and described the sales as strong, reflecting the demand for higher rainfall grazing country.

More than $10m for Malborough’s Develin

The Kenny family from Collinsville has paid more than $10 million for the large-scale breeding and fattening property Develin, in Queensland’s tightly held Marlborough district.

Located 25km west of Marlborough and 125km north of Rockhampton, the operation including about 600 females was sold by Ray White Rural.

Develin will be added to the Kenny family’s current operations at Dartmoor, near Collinsville, and will be used to grow out weaners as well as fatten cull heifers and cows.

Develin can carry around 3250 head of cattle, with the sale including around 600 cows, heifers and calves and some plant. The property is watered by 20 dams, nine bores plus permanent and seasonal waterholes in the Woodstock, Emu, Clifton, Four Mile and Redcliffe creeks.

When Develin was offered to the market, selling agent Russell Lindley from Ray White Rural said Marlborough district properties were rare to the market.

At the time, the property had received excellent rainfall and was presenting with a large body of grass.

Develin was offloaded by Rockhampton GP Dr Peter Dunbar who is winding down his assets.

The Kenny family from Collinsville has paid more than $10 million for the large-scale breeding and fattening property Develin, in Queensland’s tightly held Marlborough district.

A central western Queensland grazing family has secured Thargomindah grazing property Autumnvale for around $4.5 million, after it was passed in at auction for $4 million.

Located 40km from Thargomindah and 180km from Quilpie, Autumnvale is renowned for its breeding and fattening capabilities.

Boasting a 25km frontage to the Bulloo River, the 43,277ha block consists of channel country, soft and sandy mulga and mulga undulating with swamps.

Autumnvale has a carrying capacity of around 2000 mixed cattle or 10,000 sheep and 300 cows, depending on the season.

The successful purchaser will use the property to complement their existing operation, while outgoing vendors, Roly and Brigitte Hughes, will retire to Goondiwindi.

The sale of Autumnvale was handled by Tony Lilburne and Andrew McCallum from Ruralco. Prime grazing and farming country on Roma’s doorstep has sold to neighbours Shaun and Amanda Nolan from Amaroo for $2.02 million ($4080/ha).

Located 15km west of Roma in south west Queensland, Plain Farm was offered for sale for the first time in 140 years.

“Ideally situated at Hodgson and adjacent to the Warrego Highway, Plain Farm is ideal as a cattle depot or backgrounding, and or farming enterprise,” he said.

The country is grassed with buffel, curley Mitchell, Flinders and Queensland blue grass, summer and winter herbages in the season including native legumes.

Plain Farm is watered by four dams and a bore.

While the price was considered strong, it failed to match the district record set earlier this year by Wallumbilla property Iona. That 1543ha holding, considered to be some of the most productive and fertile in Queensland’s Maranoa, sold for $4147/ha ($6.4m). Located 15km west of Roma in south west Queensland, Plain Farm was offered for sale for the first time in 140 years.

Passed in: NSW’s Digilah Station returns to the market

Dunedoo’s Digilah Station, in central western New South Wales, has been listed for sale for $6.65 million after failing to sell at auction recently.

The large-scale livestock enterprise, equally suited to cattle and sheep breeding and fattening, was expected to sell for between $6.5m and $7.5m.

The 1303ha of country is situated 106km from Dubbo and comprises fertile and versatile soil types ideal for both grazing and farming.

The country ranges from light to medium loams and heavy alluvial chocolate soils along the creek flats.

The hill country is predominantly red and black basalt soils, with the topography ranging from level to undulating.

In the past, Digilah Station has run around 500 Angus cows and calves and 1200 Merino ewes and lambs.

The Merrygoen Creek traverses the property with three permanent water holes. There are a number of large dams which are either new or have been extended.

Digilah was originally taken up by Robert Moore Richardson in 1854 for sheep grazing. Ten years later it became the home station for the Patrick empire that stretched from Merrygoen, Leadville and beyond Dunedoo.

In 1914, the crown acquired most of the leased lands for closer settlement, reducing Digilah to its present size.

The woolshed is a masterpiece of early colonial architecture with its timber frame of huge round iron bark posts, and pine crossbeams, clad in vertical iron bark timber slabs.

For the past 50 years, the property has been owned by retiring Bob and Fay Callow.

The sale of Digilah Station is being handled by David Nolan from Webster Nolan. Dunedoo’s Digilah Station, in central western New South Wales, has been listed for sale for $6.65 million after failing to sell at auction recently.

Offers above $5.4 million are being sought for Quilpie’s Yambutta, a south west Queensland grazing property with a strong local reputation.

Despite strong enquiry and three registered bidders from central and western New South Wales and central western Queensland, the property was passed-in and a sale was not achieved with the under-bidder post-auction.

Yambutta is situated 70km west of Quilpie on the Grass Hut Channels which flood into the Kyabra Basin.

Spanning 41,083ha, 70 percent of the country is soft, open and lightly shaded grass country and watercourses.

The red, grey and black soils grow a diverse mix of natural grasses combined with productive herbages in season.

Darryl Langton from Nutrien Harcourts said Yambutta was a diverse property that can run cattle or sheep or a mix of both. 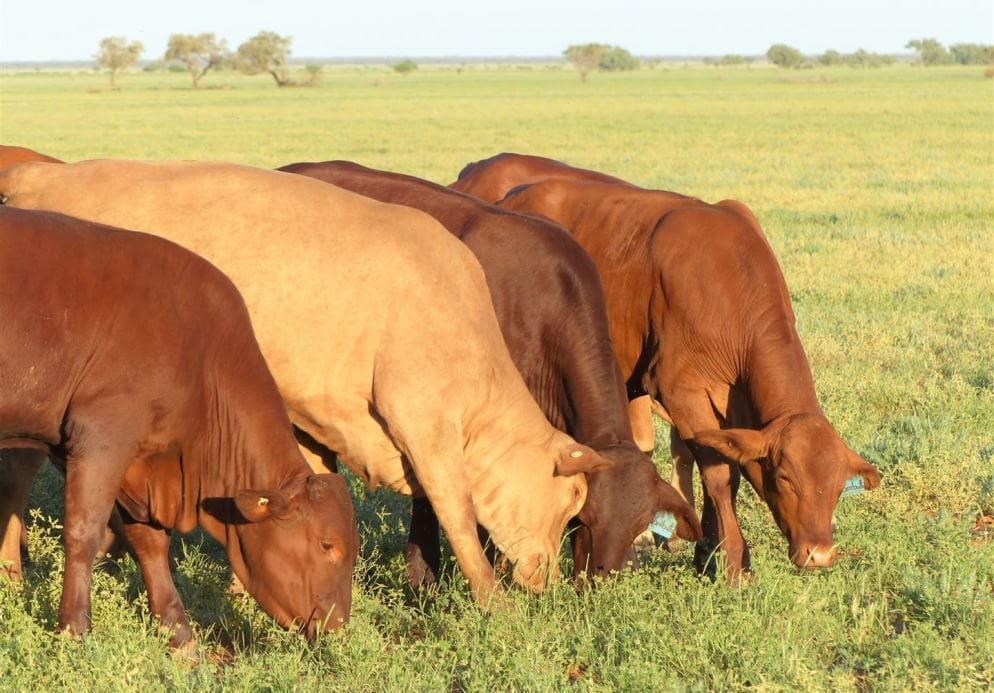 Offers above $5.4 million are being sought for Quilpie’s Yambutta, a south west Queensland grazing property with a strong local reputation.

Ray White Rural is offering the 456ha picturesque Oaklands for $2.6 million ($5701/ha) after it failed to sell at auction.

The country features undulating to plateau type terrain with a mix of both basalt and granite soils.

Oaklands is currently lightly stocked with cattle, but can carry around 3700DSE. Following recent rain, the enterprise is well presented and offering an abundance of grass.

The well-watered property has 12 dams and access to both the Four Mile and Becks creeks.