There is scope to develop flood-irrigated cropping on the 90,000ha cattle breeding enterprise Flying Fox Station near Mataranka in the NT.

THIS week’s property review includes this wrap-up of recently-completed sales, and a separate article on interesting recent listings across the country.

An expressions of interest campaign, jointly run by CBRE and Ruralco Property Territory Rural, closed in May after a contract for the property fell through the previous year.

Flying Fox, pictured above, boasts river frontage and has a carrying capacity of 8000 head of cattle (or 10,000 if fully developed), plus bitumen road access via the Stuart and Roper Highways allowing year-round market access during the wet season. The station has 30,000ha of alluvial black soils (known as Kununurra clays) suited to pasture improvement and irrigation development.

Independent assessments have identified areas on Flying Fox that could trap water through the natural escarpments that run through the property to flood irrigate the areas of the black soils for the development of cotton and various seed crops. Alternatively, large areas of country could be flood irrigated to greatly extend the period of quality grazing.

Selling agents Geoff Warriner from CBRE and Andy Gray from Territory Rural could not disclose the buyer or the price paid for Flying Fox Station, but said it was likely that the incoming purchaser would carry the cotton initiative forward, which would be an exciting move for the NT.

The sale of Flying Fox follows a run of family-owned property purchases in the latter part of this year including Mount McMinn, Margaret River and Edith Springs.

In August 2015, Fairfield and the adjoining Glengarry Station were offered to the market via an international tender campaign by CBRE.

In May this year, Beef Central wrote that a local investor had purchased Fairfield for an undisclosed sum.

Mr Williams is the co-founder of Kidder Williams, an investment banking service and corporate adviser to the food, agriculture and beverage sectors including Bega Cheese, Incitec Pivot, The Australian Wheat Board, CSR, Nufarm, SPC, Tassal, Select Harvests and Bulla. He is a regular speaker at beef industry gatherings.

He has also advised various governments on the privatisation of statutory marketing authorities. It’s believed to be Mr Williams’ first grazing purchase.

In 2003, he paid $42m for the bankrupt Tasmanian-based Australian salmon farming company Tassal, refinanced it and listed it on the Australian Stock Exchange, turning the business around and merging it with its closest competitor. Tassal is now worth more than $500 million.

Fairfield was owned by Charles Bright – a former acting chairman of the Australian Agricultural Co and a former executive at Futuris Corporation (now Elders), Tassal and Webster.

With a carrying capacity of 4000 head, Fairfield is currently being leased by award-winning and internationally recognised producer David Blackmore, founder of Blackmore Wagyu. The Melbourne city skyline is visible on the horizon from Fairfield

John and Marnie Baker from Booroondarra, Middlemount, have purchased the nearby bullock fattening depot Redcliff for around $12 million.

The well-improved 6917ha Central Queensland property had been listed at $12m after it was passed in for $10.2m at a Hourn & Bishop Qld auction in April.

While the actual sale price has not been disclosed, at $12m the asking price was about $1735/ha.

Redcliff has been owned by the Hood family since 1972, with Michael and June Hood purchasing the holding outright from their family in 1980.

Located 23km south-east of Middlemount, the property is predominately brigalow and associated scrub country that has been developed with buffel, green panic, Rhodes grass and areas of butterfly pea. The balance is tableland forest county with mainly spear grass, kangaroo grass with areas of buffel and seca stylo.

Water is supplied from 10 dams, eight of which are equipped with turkey nests and troughs. The 6900ha Redcliff near Middlemount is well developed with buffel, green panic and rhodes grasses and areas of butterfly pea. The balance is tableland forest county with spear grass, kangaroo grass with areas of buffel and seca.

The flood plain grazing property, Bando, situated in the heart of south west Queensland has sold for an undisclosed price to a producer for expansion.

Spanning 13,974ha, it is strategically located within a productive region close to Cunnamulla and Wyandra. The country is predominately open Mitchell grass downs and improved gidgee country transitioning to alluvial channels associated with the Warrego River and select areas of mulga and sandalwood.

Bando, owned by the Barlow family, was offered for sale via an expressions of interest campaign by CBRE, together with the 54,029ha grazing property Nardoo which is still for sale.

CBRE has also sold the 4179ha grazing property Larnook, adjacent to the township of Mungallala, 130km west of Roma, for an undisclosed price to a Queensland producer for expansion.

The property is ideally suited to breeding, fattening, backgrounding or potential lotfeeding. The country is undulating with more than 1200ha developed brigalow and myall, with the balance a mix of box, sandalwood and kurrajong. Ninety percent of the property has been pulled, with buffel becoming well established throughout.

Larnook is capable of carrying 900AE and is well watered by centrally located bores, troughs and 18 dams.

Broken Hill’s benchmark grazing operation Netley Station has been contracted following an expression of interest campaign and is due to settle in December.

The 73,299ha breeding and backgrounding property has been owned for the past 30 years by Broken Hill identity Gary Radford who has decided to retire. 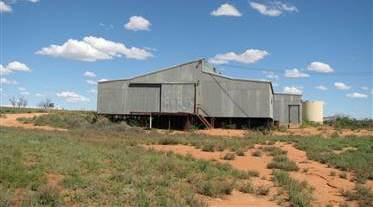 Mr Radford and his family own one of the region’s most successful family businesses, Consolidated Mining & Civil – a large building contractors and earthmoving company that has been in operation for more than century.

Netley Station is located 70km south of the Silver City and is one of the best fenced stations in the Western Division. It is suited to cattle, Merino sheep and Dorpers and has a carrying capacity of 22,500 DSE. The country is principally flat soft and sandy, with an abundance of saltbush and blue bush. Despite the seasonal conditions, there has been a good coverage of dry feed.

Netley boasts excellent flood-out areas, lakes and water courses and has eight bores and more than 65 permanent watering points. It also comes with the opportunity to access permanent water via the new Broken Hill pipeline.

Unable to disclose details about the new owner, Simon McIntyre from Landmark Harcourts said Netley was sold to a company that holds property in South Australia and Victoria and is expanding its agricultural footprint into the Broken Hill pastoral market.

Annette and her husband Michael started breeding stud cattle over 25 years ago when they established a successful Limousin stud. In 1999 they made the decision to also breed Angus and merged the two breeds into the Lim-Flex program.

The 432ha Wagga Wagga district property Birubi is a high-profile parcel of land located in a prime position, 33km east of Wagga with a 4.5km Sturt Highway frontage.

The country is sloping to gently undulating and features predominantly yellow box red loams. Birubi has enjoyed excellent soil and pasture management and has a detailed paddock history. With a 610mm annual rainfall, Birubi is watered by two bores, a reticulated livestock water system and eight dams.

As a commercial operation, the property runs 200 cows and calves and replacement heifers.

Selling agent David Nolan could not disclose the buyer or the price paid, but said Birubi sold prior to auction to a grazing family from the Southern Highlands for expansion. The property was expected to achieve between $4.4m and $4.8m bare.

After 23 inspections and 17 bids, Lone Pine – the 268ha picturesque and productive grazing property in the Tarcutta district – sold at auction to a buyer from the NSW /Victorian border for $2.12m ($7910/ha).

Year round it comfortably runs 100 cows and calves and replacement heifers, but the carrying capacity could be increased via an on-going pasture and fertiliser program.

The breeding and fattening country offers a balance of protected grazing and cultivation country with soil types ranging from fertile alluvial creek flats through to loams. The creek flats would be ideal to sow to high performance pastures, such as lucerne for grazing and fodder production.

Lone Pine is securely watered for a cattle and sheep livestock enterprise, enjoying a single frontage to Umbango Creek and a double frontage to College Creek. It also has a bore, five dams and a 55 megalitre irrigation bore licence. After 23 inspections and 17 bids, Lone Pine – the 268ha picturesque and productive grazing property in the Tarcutta district – sold at auction to a buyer from the NSW /Victorian border for $2.12m ($7910/ha).

The Cowra grazing property Greenhills, in central western NSW, has exceeded expectations and sold at auction for $4.275m ($5029/ha).

When Webster Nolan Real Estate and James P Keady & Co listed the property, with expectations of between $3.6m and $4m, they were inundated with 72 calls and 19 inspections from existing landholders looking to expand or upsize.

Described as the ideal breeding factory, the 850ha property is equally suited to both cattle and sheep. Greenhills is securely watered by a 750mm annual rainfall, 29 dams, the Old Womans and Bottom Creeks, springs and ample rainwater storage. It is located just 9km from the Wyangala Dam – perfect for family recreational activities.

The Sydney-based owner Simon Kurts purchased Greenhills in 2007 and was only selling due to a change in his investment strategies.

While Greenhills has been predominantly run as a cow/calf breeding enterprise, previous owners have run the property as a sheep breeding operation. Mr Kurts has been conservatively running between 320 and 380 Angus breeders plus 50 to 80 replacement heifers. However, the numbers could be increased with an ongoing management plan incorporating a pasture and fertiliser program. The Cowra grazing property Greenhills, in central western NSW, has exceeded expectations and sold at auction for $4.275m ($5029/ha).