Napperby Station, north-west of Alice Springs, has sold to a prominent NT cattleman for $20m on a walk-in walk-out basis.

This week’s property review focuses on recent sales of note and some interesting new listings…..

Property Central can report that the 5500sq km Napperby Station, north-west of Alice Springs, has sold to a prominent Northern Territory cattleman for $20 million on a walk-in walk-out basis. 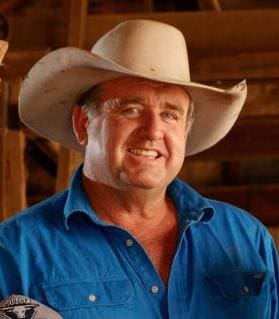 Napperby has been owned and operated by the Chisholm family since 1948. The well-developed station has been purchased by Tim and Emily Edmunds from Hale River Holdings. The deal included 9500 head of cattle and a general store.

The Edmunds went on to purchase an aggregation of five mixed farming properties spanning 4250ha in the southern part of South Australia.

It is understood Tim Edmunds will expand Napperby Station, located three hours drive northwest of the Alice, after purchasing a portion of the adjacent 2170sq km Coniston Station, which recently sold to neighbour Steven Fogarty of Anninjie for $13 million.

In the meantime, Roy and Janet Chisholm will retain the Tilmouth Well Roadhouse, situated towards the southern end of Napperby Station. It was built by the Chisholms in 1991 as part of a 10-year plan to create an oasis along the Tanami for travellers and locals. The 609ha property  in the heart of the Broken River Valley, was owned for 50 years by renowned cattleman Michael Burston who passed away last year.

Located 10 minutes west of Benalla, East Mount Ada ranges from productive floodplain of the Broken River system to rising ground at its northern end. The homestead is set on a hill and boasts commanding views of the distant mountains and the property.

The holding was home to the Yallambee Poll Hereford Stud until its dispersal and is estimated to carry 6000 DSE or 375 cows and calves.

The purchaser, Blackmore Wagyu, is an award-winning and internationally- recognised beef producer whose beef is served in top restaurants in 20 countries including Australia, New York and China.

Mr Blackmore has been searching for a new property since 2015 after abandoning a two-year zoning and land-use battle with the local Murrindindi Shire Council to keep farming his world-famous herd on his 150ha property Alexandra, in the upper Goulburn Valley, north of Melbourne.

East Mount Ada appears to meet his selection criteria – it is a visually appealing property with secure water and good rainfall.

According to Ruralco Property Hume, the property includes 242 megalitres of annual water use, along with extensive farming infrastructure, including principal cattle yards for 300 head of cattle.

The sale was handled by Luke Marple and Brett Neilson. The 259,000ha Broadmere Station, east of Daly Waters in the NT has been placed under contract.

The 259,000ha Broadmere Station, 250 km east of Daly Waters and 250km west of Borroloola, has been placed under contract by CBRE.

The pastoral lease, which features the renowned natural sandstone formation called the Lost City, was marketed to smaller, private owners, to neighbouring corporates as a bolt-on acquisition and to eco-tourism or wilderness operators who could run helicopter flights to the impressive towering sandstone formations.

Selling agent Geoff Warriner said Broadmere was being sold bare of stock and plant. The property can carry 6500 adult equivalents.

The pair, who own Greentree Farming, Australia’s biggest wheat grower, recently sold a 10,000ha parcel of their northern NSW cropping farm Milton Downs, at Bellata south of Moree, to US giant TIAA’s Westchester for $50 million.

The 47,500ha Milton Downs and Boolcarrol aggregation was placed on the market more than two years ago, either as one parcel or as separate lots, with expectations between $150m to $200m.

Now, Ron and Ken have decided to amicably dissolve the partnership and split the remaining properties between them.

The 12,500ha Muttama Station is located 30km west of Coonamble and 190km from Dubbo and features heavy black soils ranging from chocolate to red soils.

Bruce Gunning from Ray White Rural said 11,500ha is arable, while the balance is grazing with a registered 5000 head feedlot.

“Muttama could background between 3000 and 5000 cattle, but the property is too good for that. It’s a grain growing operation, running a 1000 head feedlot as an insurance policy.”

“Fund managers are showing particular interest because it is a sizeable, but simple operation to run with big paddocks, good soil and is level.”

Selling agents RWR and MRE have put out an expression of interest to run until November 30. Spring Creek north-east of Narrabri, would attract a range of buyers.

Prime beef cattle country 30km north-east of Narrabri is being offered by Landmark Harcourts with the upcoming auction of Spring Creek.

The scenic 1600ha property is nestled in a valley at the foothills of the Nandewar Ranges and boasts a 700mm average annual rainfall. Soils comprise black and red basalt, and chocolate and sandy loams, with 270ha established to sub-tropical grasses.

Spring Creek has been held by the one family since the 1920s. It is currently being run by Sandy and Brett Finlay, who are planning to semi-retire to the NSW South Coast.

“The current cattle operation comprises 250 cows and calves, with secure rainfall and quality pastures providing a great platform for breeding and fattening. In addition, a fertiliser programme has been carried out across the farm since 1997.”

“It would suit someone looking to expand or someone seeking higher rainfall and water security. It’s difficult to find good breeding blocks in this area. Most of the grass country west of here is farmed up,” he said.

Spring Creek is being auctioned on November 16. 1667ha Timor Creek is one of the safest grazing properties in the top end of the Hunter Valley.

Sam Triggs from Inglis Rural Property said the 1667ha Timor Creek is one of the safest grazing properties in the top end of the Hunter Valley.

“Less than 70km from Scone and four hours north-west of Sydney, it has quality soils and carries 500 breeding cows and 100 horses. It has an annual rainfall of 800mm and excellent safe water from a long permanent double creek frontage.”

Timor Creek Stud has had 30 years continuous single-family ownership by the Stearn family, who are retiring.

Mr Triggs said most of the early inquiry is coming from cattle producers.

“We don’t expect the buyer will have exclusive equine interests. It is primarily a cattle property and enquiry is coming from breeders, some with an interest in horses.”

An expressions of interest campaign for Timor Creek Stud closes on October 26. It is expected to realise above $5m. Water is a feature on Kingsford and Sun Valley, south of Armidale in northern NSW

Kingsford and Sun Valley, just 9km south of Armidale in northern New South Wales, are two adjoining grazing properties which can be purchased together or individually.

Water is a feature with bores, large dams and a semi-permanent creek.

The owners, Rob and Kelly Lamoureux, originally from Canada, arrived in the New England 30 years ago in search of a kinder climate. With backgrounds in farming and ranching, the pair have focussed on improving water and developing and encouraging sustainable pasture mixes of native and introduced species.

Rob and Kelly have run a conservative, successful commercial herd of cross bred cows on Kingsford and Sun Valley. In the last three years their steers have taken out the grand championship and reserve grand championship twice at both Beef Spectacular in NSW and Paddock to Plate at the Ekka in Queensland.

They are now looking at relocating back to their native homeland.

The properties are being sold via a public tender campaign closing on November 23. The selling agents are indicating a price range of $3500/acre.

The 28,500ha far western Qld grazing property Coniston, at the start of the Cooper, is being auctioned this week

The 28,500ha property far western Queensland grazing property Coniston, at the start of the Cooper, is being auctioned this week, in what has been described as a once in a lifetime opportunity.

Coniston is located 40km east of Windorah and 240km west of Quilpie.

There are only six privately-owned properties on the Cooper Creek in Queensland and Coniston is one of those. It has been held by the Groves family since 1978 and was held by the previous owner for 50 years.

“While we have run breeders in the past, it is backgrounding and fattening country. There are no weeds, no clearing is required and it is naturally open with plenty of cover on the channels. In an average year, it runs between 1500 and 2000 dry cattle.”

Ross and Wendy Groves are relocating to their other property, 60km from Coniston, between Windorah and Quilpie, that has been held by the Groves family since 1954.

Coniston on the Cooper is being auctioned tomorrow, October 19.