THIS week’s review focusses on a number of quality properties which have changed hands recently, and some impressive assets recently listed….

It was purchased by the Shaw Family from Darlington Point, who, in July sold 4000ha Uri Park, with a history of sheep and cattle production and cropping, to a European interest for around $10m.

While the sale price of Abingdon Station has not been disclosed, the selling agents claim it was in the higher end of the marketing price guide of between $13m and $16m, and reflected the strong demand for versatile and productive country.

Water is a feature with a 5.5km frontage to the renowned Murrumbidgee River, 711ml irrigation licences with a centre pivot irrigator, creeks, bores and 48 dams. While Abingdon is equally suited to prime lambs and wool production, it is currently running 1300 breeding cows. Last week, the scenic Capertree Valley property Bogee sold after auction to a young family from Sydney for an undisclosed price, but is believed to be between $3.4m and $3.8m.

The 1045ha aggregation, 3.5 hours from Sydney, is mostly open, valley floor and gently undulating country. A feature is its long double frontage to the permanent Bogee River, in addition to 45 dams.

According to David Nolan from Webster Nolan, only four owners have held Bogee since 1821 when the English born Anglican cleric, the Reverend Samuel Marsden was granted 400ha.

“Bogee is the ideal agriculture enterprise for investors who wish to be close to Sydney and yet own a substantial sized country property. It is currently run as a mixed grazing operation running 180 cows and 600 ewes, but with further pasture work and fodder cropping, the property could support 320 cows and progeny,” he said. Peak Hill property Riverview has sold under the hammer to a local Dubbo family for $7m.

After 110 years of family ownership, the Peak Hill property Riverview has sold under the hammer to a local Dubbo family for $7m.

Located on the Central West Slopes and Plains, 88km from Dubbo and 50km from Parkes, the 2637ha property has an 8km frontage to the Upper Bogan River.

Webster Nolan and Barlow & Peadon Schute Bell describe Riverview as having fertile and versatile soils, ideal for grazing and cropping.

“It is a highly acclaimed merino sheep enterprise, equally suited to prime lambs and cattle, and with pasture improvement has a carrying capacity of 5000 ewes.”

Selling agent Andrew Peardon said there was spirited bidding from the floor.

“It was a very good price for a large parcel of land that is now being affected by deteriorating seasonal conditions. The successful bidder is a local farming family expanding its current grazing operations. In the meantime, the owners, the Swain family, will move to Bathurst before pursuing other ventures.” Nebea Station, in NSW’s Central West, was passed in for $8.3m last week

Nebea Station, in New South Wales’ Central West, failed to sell at last week’s auction, passing in at $8.3m. Ray White Rural and Coonamble-based Halcroft & Bennett are now negotiating with interested parties for the 5495ha mixed farming property, which is on the market for the first time in 100 years. Bellbrook sold under the hammer on Friday for $2.975m to a well-known Walcha cattleman

Andrew Starr from Ray White Rural said the sale of the 480ha property Bellbrook, 20km from the Northern Tablelands city of Armidale, is a very strong endorsement that the New England market is still fully firm and very strong.

The versatile and highly productive property that would suit a range of breeding or fattening enterprises running 5500 DSE, sold under the hammer on Friday  for $2.975m to a well-known Walcha cattleman expanding his grazing interests. Woodlea Park, near Yass, has been listed for the first time in 60 years.

The outstanding livestock breeding and fattening holding Woodlea Park, 12km south of Yass, and three hours from Sydney has been listed for the first time in almost 60 years.

“Seventy five percent of the property has been pasture improved under the management of Kim Dyson. The remainder has native pastures which allow for high value sustainable livestock feed over the 12 months.”

Woodlea Park is owned by Canberra-based Margaret Doyle. It was purchased by her late father, a Sydney businessman, in 1959.

Mr Meares described it as a standout property.

“It is one of the best grazing places I have been on for a long while. It is well known, well managed, well developed, well situated, profitable and is not running to capacity.”

Woodlea Park is being offered for sale via Meares Online Auction commencing on November 8. It is expected to sell for between $10m and $11m. 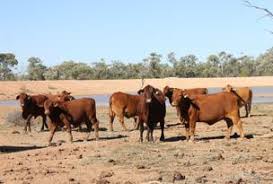 Nimboy has the capacity to carry 1100 breeders and progeny.

Colliers International has listed a 52,245ha asset at Cooladdi, 118km west of Charleville, that generates multiple forms of cashflow regardless of rainfall.

Agent Ben Forrest said Nimboy has the capacity to carry 1100 breeders and progeny.

“Nimboy is a real drought-proofer with a good supply of mulga, allowing for consistent production during dry seasons. It would suit those looking for a breeder enterprise.”

Mr Forrest said the holding also has the benefit of producing a strong reliable carbon cashflow in all seasons.

“Over the coming nine years, carbon will generate $1.6m, with $600,000 scheduled for next year. So, when you put the beef and carbon together, Nimboy is a high yielding asset, particularly for a starter looking to pay down debt.”

The vendors, the Andrews family, are retiring. Nimboy is being offered for sale by expressions of interest closing on October 20. Middleton and South Plains was due to be auctioned on October 11, but with some encouraging weather about in southern Qld, the fixture has been postponed until a date to be advised.

Another Cunnamulla property up for grabs is the 32,561ha aggregation, Middleton and South Plains.

Veteran agent and Aston Martin driver Dick Allpass said the properties are located in what is regarded as premier Queensland’s sheep, wool growing and lambing regions.

“Middleton is soft, drought-resistant country with considerable scope for increased production. It is suited to sheep meat and wool production, beef cattle breeding and backgrounding, as well as agistment and goat meat production,” he said.

“It is a profitable enterprise – mustering and selling 3000 goats this year. The aggregation has already attracted interest from Queensland and New South Wales producers seeking dorper and goat country.”

Mr Allpass said long-established husband and wife team Mike Lennon and Evie Sarragosi, who purchased Victo and Murrumbah Stations (between Cunnamulla and Charleville) last year, are rationalising. Middleton and South Plains aggregation was due to be auctioned by Elders on October 11, but with some encouraging weather about in southern Qld, and some inspections still to be done, the fixture has been postponed until a date to be advised.