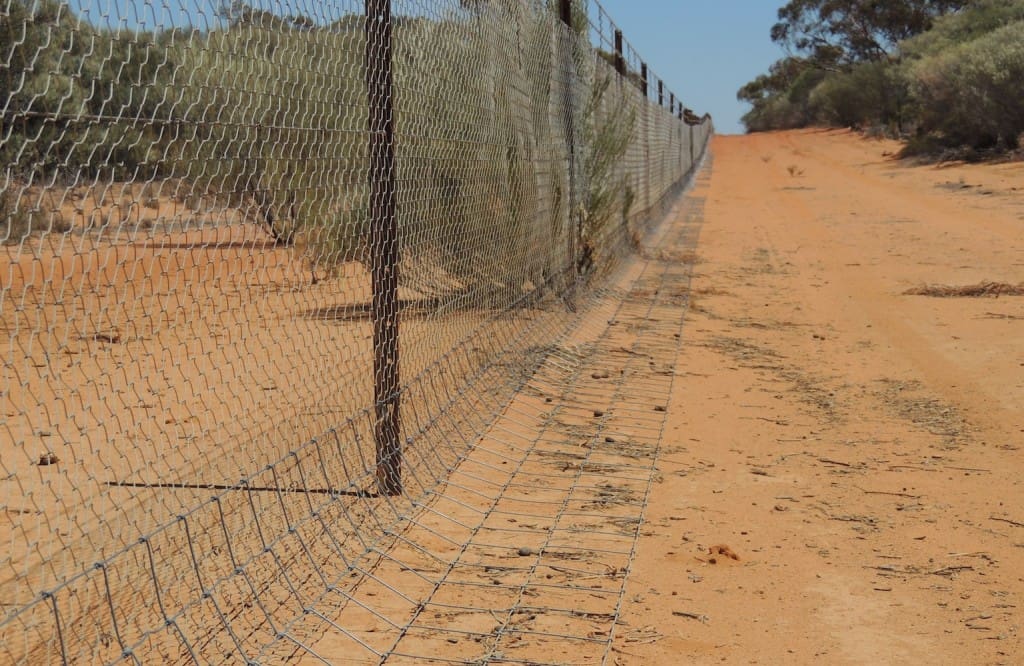 The pending sale of the Tiller family’s property Leinster, south of Mungallala, in Queensland’s Maranoa, is being viewed as a test of the perceived market value of cluster fencing.

While the sale of one property will not be enough to discern a trend, it could show whether buyers place a premium on fencing upgrades.

The 18,214ha mixed farm enterprise forms part of group of landholders who have constructed a joint perimeter of double fencing to exclude feral pigs, kangaroos and wild dogs. The property is to be auctioned by Colliers International this Friday.

Earlier this year, the 26,995 ha property Tullochard, located 120km south of Mitchell in southern Queensland, sold for $1.8 million or $67 per hectare.

“Was it due to a property market trending upwards, or was it a direct relationship to being enclosed in the Tomoo Creek cluster fencing program?

It is difficult to say. A trend won’t be established until more properties have sold.”

“The property market was showing signs of improvement in May and was being underpinned by a rising cattle market.

“The cluster fencing also made it very attractive. While it’s difficult to quantify the added-value, it certainly made the property easier to sell.”

Mr Cameron said exclusion fencing lifts a property’s carrying capacity which should be reflected in a higher sale price.

“If you can demonstrate increased productivity created by cluster fencing, there should be a direct correlation to an increase in property value.

“However, until we get a number of sales showing a trend line, it is difficult to pinpoint the potential price premium. When more properties with cluster fencing attract strong results, then we can safely say there is a premium directly attributed to the cost of exclusion fencing.”

Mr Cameron said properties that don’t have cluster fencing could potentially be sold at a discount.

“A landholder outside the cluster fencing group is likely to be worse off because they are harbouring migrating kangaroos that can’t transient to neighbouring properties, which means extra grazing pressure.”

He is confident cluster fencing adds value to a property asset.

“That’s been the prediction from the outset. It adds value to a property’s productive capacity and it adds value to its potential profitability which means it should increase property prices. While properties in the cluster aren’t selling at present, once you start looking at productivity and profitability increases it’s a no brainer that the sale value will follow suit.” A map showing proposed fencing clusters (shaded light blue) in a roughly 150km radius around Longreach, which is near the centre of this map. Click on map to view in larger format.

“From an agistment point of view, graziers are prepared to pay more for properties that are fenced. In terms of sales, landholders believe a property that is fenced in Barcaldine could achieve up to 40 percent more than a property that is not fenced, simply because of an ability to have more control over stock.”

Mr Gronold said with fencing, landholders don’t have to push their blocks quite as hard.

“A landholder with seven paddocks might only be able to use three because of dog attacks. This means wild dogs are forcing them to overstock in order to keep the bank at bay. So fencing has an economic as well as an environmental benefit.”

CBRE’s Geoff Warriner is not sure that cluster fencing adds value to a property asset, but is convinced it does make a property more saleable.

He is currently selling the 32,640ha mixed grazing enterprise Camden, 55km south-east of Cunnamulla in southern Queensland, within a recently completed cluster fence.

“If one property had a dog fence around it and the other didn’t and they were both the same place, you’d buy the one with the fence around it. If a fence lifts the carrying capacity by 30pc, it must improve the property’s beast/area value.”

Mr Warriner believes properties with cluster fencing will eventual attract a premium because they will become more productive.

“However, at present, the people who are erecting cluster fences are not looking to sell, they are doing it to make more money.”

In the next 12 months, 22 clusters on 245 properties, spanning 3.5 million hectares of south-west Queensland will be fenced and other states are following suit.

“Part of my role is to inform people about the economic merit in reducing the the impact of wild dogs and feral pigs and the grazing pressure of kangaroos, rangeland goats and emus.”

Mr Grant said while it was difficult to predict a premium for a property with cluster fencing, gross margins were increasing from 60pc to over 200pc.

“When we start to compare what someone is willing to pay for agistment, or even to purchase a property, the value should rise in accordance the protection provided. If a landholder can yield 10,000 dry sheep on a property due to cluster fencing compared to 3000 head previously, the value of that property should increase proportionally to the gross margin increase.”

The establishment cost of setting up cluster fencing, according to Morgan Gronold, is between $5000 and $8000 depending on what materials people use and the terrain, such as creek crossings.

He said RAPAD offers $2700 per km for the construction or erection of a fence.

“It’s not limited to posts and wire. It can be for grader hire or fencing contractors, but not for legal or accountancy fees. In central western Queensland, we have funded 18 clusters on 95 individual properties, spanning 1.2m ha.”

Mr Gronold said the three things that landholders talk about is control of their finances, environment/property and wellbeing.

RAPAD has set up a YouTube channel allowing people to hear from the cluster members on how much of a difference the project is making to them and their families.