WITH virtually every corner of New South Wales now impacted by drought, some southern cattle producers are ‘chasing grass’ in the form of land purchases further north in southern Queensland.

This week, rural property agents in Qld’s Maranoa district give their insight into what’s happening. “There are areas in the Maranoa where good dry feed is still available,” he said.

“That interest is focussed on the Roma, Injune, Taroom and Augathella districts, where the summer rainfall season was reasonable. In general, those southern (NSW) cattle producers are seeking properties that are tick-free and have good quality country with good feed reserves.”

“The market here is quite well established and the new inquiry is unlikely to place upward pressure on prices,” he said.

“It is not the first time there has been inquiry from different geographic areas, for seasonal reasons. Over recent years, dry conditions have prompted many western Queensland producers to seek properties elsewhere. It’s just the volume of inquiry is higher than usual, and I anticipate it will continue until the drought breaks.”

“Feed will sell any property today – it really doesn’t matter where it is, but it must have feed”

Mr Langton said unfortunately, supply had been exceptionally tight over the last three to four years.

“Good quality properties rarely come onto the market, and those with feed reserves are extremely rare. When they do come forward, they are met with very good competition – and even more so in today’s circumstances.”

Mr Langton said confidence in the cattle industry was the main reason why producers were choosing not to sell.

“Everyone has a feeling about the future value of cattle prices coming out of the drought, so they are doing absolutely everything they can to keep some numbers, resulting in increased enquiry.”

The 1429ha tick-free operation was offered bare, with a big body of feed, including buffel and natural pastures, for immediate stocking.

A feature was the large frontages to both the Dawson River and Palm Tree Creek, with further water supplied from permanent waterholes, six dams and a spring.

Mr Langton described the sale as a strong result, saying the new owners were attracted to Loch Craig’s quality pasture and feed reserves, given the season in northern NSW was well below average.

He said lease or agistment country ‘could not be found’ this year.

“It is a bit like a unicorn.  There is virtually none in the Maranoa region and any available grazing country has been under back-to-back pressure from central west and north west Queensland producers. That has now extended south into central New South Wales.” 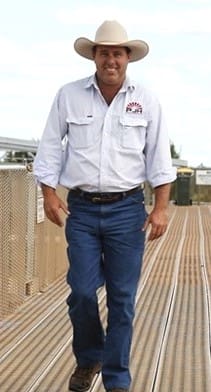 “They have run out of options. Their own country has no grass and producers who have maintained breeder herds must go elsewhere. It is probably the worst scenario they can think of – outlaying money to buy a place that has feed on it, when they are struggling to pay increased prices for feed supplements, cotton seed and hay.”

Unfortunately, Mr Goodhew has very limited supply of good country with feed on it.

“Southern producers are probably researching where the feed is and what places might appeal to them before making inquiries. However, some properties that were on the market have been withdrawn due to the dry conditions,” he said.

“Good inquiry is still coming from our local area, but further afield it is drying up. There are still producers looking for agistment or lease but that’s virtually non-existent.” 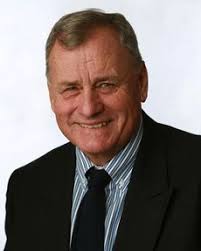 “They are mainly looking for properties with feed. Feed will sell any property today – it really doesn’t matter where it is, but it must have feed. While the season has been patchy in the Maranoa, the region is in a better position than New South Wales and far western Queensland,” Mr Brown said.

He said the better buyers were locals, because they understand what they are buying.

“Southern producers have concerns. They are not familiar with leasehold country, and as a result, are seeking freehold land as a requirement. The other concern is the vegetation situation. Producers want to know what restrictions are on the property.”

“The better properties are tightly held here. Quality country in the Maranoa is achieving around $2900-$3000/ha ($1200/ac), but most of it has been snapped up by neighbours for expansion.”

Country around Wandoan and Taroom was currently making up to $3700/ha ($1500/ac) and better-quality Augathella country towards Tambo, in the higher rainfall belt, had also been making good money.

“That is the sort of money NSW producers can expect to pay if they want to come up here and buy a good, well-positioned property for feed – if they can find one,” he said.

Mr Brown said buyers were looking for the better quality country around Roma.

“Producers chasing grass are prepared to shift their cattle long distances for feed, but they are avoiding Pimelea (toxic shrub) country around St George. They have heard about it and it scares them, even though to locals, Pimelea is manageable.” 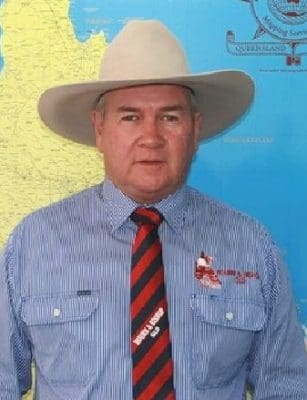 In Central Queensland, Gary Bishop from Hourn & Bishop Qld reports increased inquiry from producers mainly chasing grass, from Clermont in Queensland, south throughout NSW and as far as the northern half of Victoria.

“Interestingly we are promoting the auction of an irrigation property on the Dawson River called Harcourt  that has a good water allocation, and we have had numerous calls from southern areas chasing a reliable water source.”

The 1587ha Baralaba block, located 39km north of Moura, is situated on one of the most reliable river systems in Queensland. Mr Bishop said many of those who made inquiries about Harcourt expressed concern that there was increasing pressure on their normally reliable water due to a number of issues, including drought.

While he would not place a value on Harcourt due to its reasonably large water licences, he said the more substantial parcels of country with grass and dryland farming land in the Callide Valley were achieving between $2500/ha and $3300/ha.