THIS week’s property review explores the market in the Central West and Central Tablelands regions of New South Wales. It also examines some recent listings and sales, and what the local experts say about values.

The Central West and Central Tablelands are located west of Sydney and the Great Dividing Range, and while they boast a diverse agricultural sector, the main production is cattle and calves, followed by wool and wheat.

Central Western NSW is regarded as livestock finishing country, also ideal for hay and cropping. The Central Tablelands, with an average rainfall of 800-1000mm, is reliable cattle breeding country.

According to Ray White Emms Mooney, most areas provide 10 to 12 dry sheep equivalents per hectare. DSE values range from $600 to around $900 and land prices range from $2000/ha in the far west to $7400-$14,800/ha (dryland) in the more reliable/elevated country, attractive to nearby Sydney-based investors.

On average, local grazing blocks range in size from 400 to 1000 hectares, with some of the larger broadacre properties spanning 2000 to 4000ha. 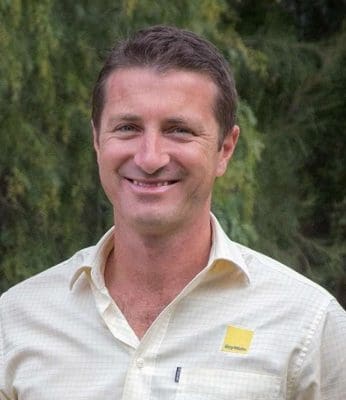 “Producers from drought-stricken Nyngan are looking to buy significant holdings in the Central West for hay production and livestock finishing,” he said.

“It is a good back-up plan, because the region is not far as the crow flies, and boasts reliable river and ground water irrigation.”

“A huge 74 percent of the buyers come from Sydney. This week, three Sydney-based buyers, who already own country in the Central West, have been looking at blocks to expand their existing operations,” he said.

While conditions in the Central West and Central Tablelands are dry, the area is still productive and property supply and demand remains good.

Mr Keefe said before the drought started to bite, there was a big surge of inquiry in 2017 (Australia’s peak market since 2007-08) which followed into 2018.

Mr Keefe said while there were less buyers in the current market, they were motivated.

“Interested parties are more likely to attend an auction and have a crack at purchasing compared to 2017, which saw many dreamers, people who weren’t ready to transact, or weren’t catching up with a surge in property prices,” he said.

Rainfall across the Central West and Central Tablelands ranges from 400mm to 1000mm.

Mr Keefe said the higher rainfall areas attract the higher dollar per value in both sales prices and carrying capacities.

“DSE values range from $600 to $900 in productive mixed grazing and farming areas like Cowra, Woodstock, Canowindra and south to Boorowa where the average rainfall is between 600mm and 750mm,” he said.

Location was another price factor.

“Parts of the Tablelands are quite expensive. Some buyers are paying real estate prices rather than an actual farming values, because of the proximity to larger regional hubs such as Bathurst and Orange.” 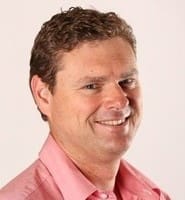 “Bathurst and Orange attract the lifestyle market, family farmers and larger scale operators. People are willing to pay more to be located closer to these centres because they boast good education facilities, such as universities and private schools,” he said.

In April this year, Ray White sold the 404ha Kenda Park (pictured at top of page) for in excess of $17,300/ha. Located 8km from Bathurst, the current zoning presents an opportunity for subdivision potential.

Mr Speers said the region’s country and soil types were as diverse as the population.

“There is some reasonably flat country rising to really steep rugged country. West of Orange, on the edge of the Tablelands, it is heavier red, basalt country which offers the opportunity for lucerne, canola and cereal crops. As you move further east, there are good patches of heavy basalt and granite country.”

“There are areas that are lighter and more suitable for sheep and wool production, and there is some very heavy country that is well suited to beef cattle, prime lamb and cropping,” Mr Speers said.

On the back of increased farm values and low interest rates, Mr Speers said locals were seeking more country to increase their holdings.

“Conversely, other producers, west of the Newell Highway, are looking to sell up and downsize or retire to the Central Tablelands where they can run cattle on low intensive operations.”

Sydney-based corporate and overseas investors were also interested in acquiring more country, seeing the value in the high prices being paid for beef cattle and other commodities, Mr Speers said. 1038ha Sunnyside, between Cowra and Bathurst, is one of the few remaining large scale grazing properties in the region. Running 1000 Merino ewes plus 355 breeders or 433 cattle, it has a $5.5m price tag.

The following two cattle breeding properties ($600/DSE), are located minutes apart, and will be offered for auction on September 27.