Weekly Property Review – Are there pastoral nuggets to be found in WA’s Goldfields region?

SOME people believe the value of cattle properties in Western Australia’s pastoral region can be likened to a good Margaret River red wine – the more mature and developed it is, the more valuable it is. But is that really the case?

So far as cattle production is concerned, Western Australia is a very big state, and can be divided into nine distinct and vastly different geographic and climatic regions (see map). 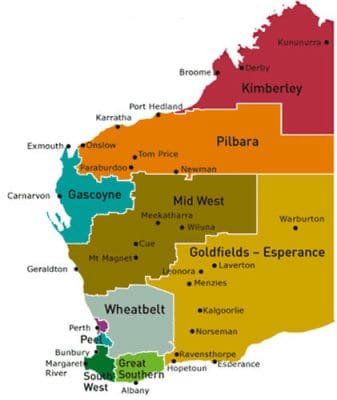 This week we take a look at the mostly hot and dry Goldfields region, found in the state’s south-eastern quadrant. We will follow next week with some scrutiny of the better-known Pilbara/Gascoyne regions, directly to the north.

Twenty five years ago, when wool was riding high, WA’s Goldfields region was arguably the most highly-prized wool growing country in Western Australia.

Ten years ago, there were virtually no cattle in the region.  Today, there’s not a sheep to been seen.

“It was a situation forced upon a line of pastoralists whose eastern property boundaries joined the ‘desert’ or vacant crown land,” he said.

“There was a run of good seasons in Central Australia, the dingoes bred up and started migrating. You could virtually say they ate their way west.”

Mr Smith said with the sheep being wiped out, pastoralists had no alternative but to run cattle.

“Many people said the Goldfields wasn’t cattle country, because it was predominately mulga scrub and native perennials, like saltbush and bluebush.

However, the production that has resulted from cattle is impressive – better than anticipated.

Local producers are working on a 40 percent herd turn off. So they are getting 80 percent calvings, year-in, year out.”

Mr Smith said the unfolding events over the past couple of decades had been terrible to watch.

“Sheep farmers had a death by a thousand cuts, with the collapse of the Reserve Price Scheme, an operating loss for 10 years and the rising dingo challenge. They were starved for capital. Most weren’t in a financial position to buy enough cows to fully stock their properties with cattle, even if they wanted to change species. They bought what they could afford and started breeding, and then the live export ban hit in 2011, putting the brakes on everything.”

“I have had to sell sheep stations for people in their sixties who have put their entire life into developing laneways, shearing sheds and fencing, to then see everything they have built go to waste,” he said.

Mr Smith said pastoralists had been forced into cattle.

Mr Smith said as the sheep and goats were wiped out by wild dogs, land values in the Goldfields region plummeted.

“For quite some time there was an institutional belief that it wasn’t cattle country, and to top it off, the infrastructure was small-stock orientated. Six years ago Elders sold a 476,500ha property boasting 1000km of brand new goat fencing for $1.15m. It was a typical example of a huge sheep station loaded with sheep infrastructure that could no longer run sheep.”

He said during that time, virtually no improvements were made to that property.

“With a rated carrying capacity of 4000 cows, that same property recently sold for $2m. It has been purchased by someone with plenty of capital and they will invest in further cattle infrastructure. It is probably one of the last places available in that ‘original’ state.”

“At the rock bottom of the market, Menangina sold for $500,000. Today it would be worth millions.”

Another local example was Menangina Station, about 100km north of Kalgoorlie, which converted to Angus cattle five years ago.

“At the rock bottom of the market, Menangina sold for $500,000. Today it would be worth millions. As long as the investment and infrastructure have been made, then Goldfields land values will rise,” Mr Smith said.

Darren Tapscott is a valuer and a director of the newly-formed YieldWA. He said the Goldfields area was maturing, as a pastoral property region.

“Most Goldfields properties have been forced to convert to cattle. In many cases, the infrastructure for cattle is not there, and the jury is out as to whether or not they can run enough stock consistently to turn it into a viable operation,” Mr Tapscott said.

“It is the last bastion, apart from the Nullarbor which has its own set of issues with water supply. Better-developed pastoral leases in the Goldfields are likely to achieve half the value (on a beast area basis) of the Kimberley, and maybe only 20 or 30 percent if they are not well developed for cattle,” he said.

Interest from ‘far and wide’ 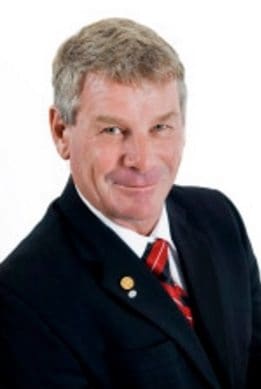 “The corporate sector is seeking large properties that have the critical mass to be put under management, while traditional family-scale farmers – from the eastern states in particular, and some from the southern states – are seeing excellent value in smaller places that still need investment and infrastructure,” he said.

One of the Goldfield’s most recent, significant transactions was the April 2016 purchase of five pastoral leases – Riverina, Perrinvale, Jeedamya, Melita and Kookynie Stations – covering about a million hectares, as well as 14,000ha of farmland near Marvel Loch by Shanghai CRED for just under $10 million.

And former BRW rich-lister David Geraghty, who owns Process Minerals International, has been reportedly buying run-down sheep stations, predominately in the Goldfields, and converting them to cattle by upgrading their infrastructure.

Mr Smith said while cattle values had risen, there had been little improvement in property values to this point.

“Bare land values haven’t risen a great deal – other than the investment and infrastructure.  Seven to ten years ago, properties were transacting with no stock. Today they are being sold with a good mob of cattle.” Five years ago Pinnacles Station near Leinster sold for $1.5m with some cattle infrastructure and a couple of hundred head of cattle. In September last year, it sold for $3.4m with 3000 plus head.

He used the 283,158ha Pinnacles Station near Leinster is a good example.

Five years ago Pinnacles sold for $1.5m with some cattle infrastructure and a couple of hundred head of cattle. In September last year, it sold for $3.4m with 3000 plus cattle – but the value of the cattle added to the property almost accounted for the increase in the value, Mr Smith said.

Geraldton-based rural property valuer Russell Coupe has a more pessimistic view on the future of certain parts of the Goldfields region. He said there had been higher prices paid in the southern Goldfields, around Kalgoorlie, but the quality of the stations varied tremendously.

“There are good stations south-east of Kalgoorlie, but further north is mulga country, these pastoral leases are not suited to running cattle. Unlike a sheep, cattle won’t eat sticks and rocks, they need grass and there isn’t much left after continual burning and significant over-grazing by goats and kangaroos.”

Mr Coupe said a surprising number of people had been investing in the Goldfields region, but many of the buyers, perhaps, were not well informed.

“People are under a misconception that they will successfully run cattle, but even with rebuilding, improvements and high cattle prices, I don’t believe the northern Goldfields is a good investment,” he said.

Mr Coupe said people won’t accept that the Rangelands in the Goldfields are depleted.

“The area is so run down it should be rested for an indefinite term to give it time to recover. The state government is to blame. They shouldn’t have renewed the leases in 2015. Who is going to invest in the longer term if it is not profitable?”