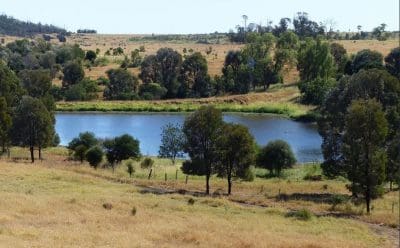 QUALITY Wandoan (Queensland) brigalow country breeding and fattening property Kilto is under contract, and is expected to settle in August.

No price has been disclosed, but Beef Central understands the deal was for between $11 million and $13 million, bare of stock.

Presented in excellent shape after good rain earlier this year, Kilto attracted 12 inspections and four competitive offers, mostly from locals, under an expressions of interest campaign through Nutrien Harcourts.

A little over 4000ha freehold, the property includes 850ha of forestry entitlement area.

New owners are a young local family, Cameron and Sarah Webster from near-neighbouring property Somerset, who are making a great stamp on the industry at a young age. Mr Webster, a fourth generation beef producer in the district, is a former Australian saddle bronc champion.

Vendors were Kaye and Jim Bock, whose family drew Kilto – then bare virgin scrub – as part of a land ballot back in 1967. The level of improvements and pasture establishment stands as a testament to their stewardship and hard graft over the past 53 years.

Located 60km east of Wandoan on the Bungaban/Big Valley Road, Kilto included about 2900ha of developed brigalow and belah softwood scrub soil heavily grassed with buffel, Rhodes and green panic. About 1800ha has been blade-ploughed. The balance in the forestry entitlement area is box, pine and ironbark.

Located in an area of intense gasfield development, the property was marketed as ‘tick-free and CSG-free.’

Water is a feature, with two bores connected to steel tanks, poly pipe, troughs and seven dams. All paddocks have access to dam and bore water.

The country is fenced into 12 main paddocks plus five holding paddocks, with a laneway system servicing the yards. Fencing is mainly four barb and split posts.

Kilto is estimated to carry 1250 steers or 700 breeders and progeny, but no stock were included in the deal.