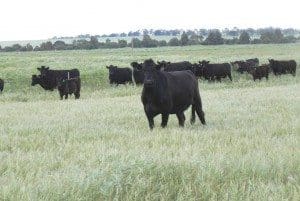 Victorian-based Lawsons has had a long-standing bull breeding and marketing business in Western Australia, with Harry Lawson and wife Ruth earlier spending three years in the west, developing the enterprise.

The buyers say they plan to complete a partially-built abattoir on the site, ‘in due course’.

Carpenter Beef general manager John Berkefeld will head up the new group, which has been formed to expand the integrated supply chain of high quality Angus and Wagyu brands into global markets.

“The new Central Agri business model will create the integrated seedstock and breeding company that we need to secure supply for our export Angus programs,” Mr Berkefeld said.

“Lawsons Angus has been our major genetics supplier for twenty years so it really isn’t a major change to our strategy,” he said. “Our integration into Central Agri Group will enable us to expand the business significantly and better serve Lawsons Angus customers in WA and on the East coast.”

“This is a great result for Carpenter Beef and WA agriculture in general,” Mr Berkefeld said.

“Our Japanese customers are looking to increase the volume of high quality grainfed Angus, and we wanted to secure a supply of cattle with the right genetics to fit that market. For a long time our company has recognized the value of Lawsons Angus genetics and the consistency in producing a high quality product.”

“Our Japanese customers want to open the box and find the same eating quality every time. This is only possible with a long-term disciplined approach to every part of the supply chain starting with the genetics.”

The Joanna Plains farm at Cataby will continue to be used as a custom feedlot for northern producers as well as a facility for finishing cattle to be slaughtered at the Shark Lake abattoir. The feedlot has in the past fed up to 13,000 head.

The 10,000 head backgrounding facility will be expanded to include a  Lawsons Angus Bull Unit and Research Centre.

“We are excited to be part of a dynamic fully-integrated breeding company. The facility we have at Joanna Plains is a similar concept to that used by our US partners, Gardiner Angus Ranch,” he said in a statement.

“Central Agri Group will offer our clients in the East and the West an opportunity to work with the end-customer and see the value of their genetics in a transparent way,” Mr Lawson said.

“Having a fully traceable supply chain including genetics puts us in a truly unique position,” he said.

The sale comes after years of speculation about the future of the 8700ha grazing property near Cataby, where construction of a boutique-scale abattoir stopped in 2007 after owner Ric Stowe’s business empire collapsed.

There was no agency involvement in the sale.