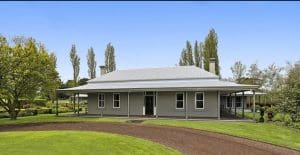 The 1951-hectare beef and sheep property is the first western Victorian purchase by Sir Michael’s MH Premium Farms, which is believed to be considering more acquisitions in the region.

Cheviot Hills was run by fifth-generation grazier Tim Hutton as a beef-sheep property with a Hereford cow herd and bullock fattening, and Corriedale stud and commercial flocks.

The sale of Cheviot Hills was negotiated by CBRE’s Duncan McCulloch and James Beer, as well as Kerr & Co’s rural property specialist Robert Claffey at Hamilton. CBRE confirmed the sale had been finalised but declined to comment on the buyer’s identity or the sale price.

Mr Hutton said his family had operated the property since 1852 and he had run it for 40 years. The property includes a renovated four-bedroom bluestone homestead, set within manicured gardens, open lawn areas and garden beds. A three bedroom cottage adjoins the main homestead. 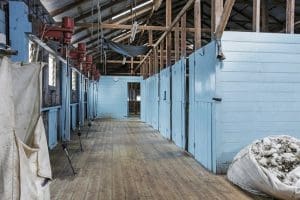 Mr Hutton said the commercial Corriedale flock will be offered at auction on the property on February 16 and the cattle – 430 Hereford cows and 500 steers – will be sold next Thursday at the Hamilton saleyards.

Mr Hutton said he will retain the Cheviot Hills Corriedale stud and run it at a 600-hectare “hobby farm” ‘Nigretta’ west of Hamilton with some Hereford heifers. The 260-ewe Corriedale stud is based on Qamby Plains, Taranaki, Coora and Lush bloodlines.

Raised in Sydney, Sir Michael moved to London in the 1980s, later launching the CQS managed hedge fund. Prior to beginning his career in finance, he served for three years in the Australian Army as a Captain in the Royal Australian Electrical and Mechanical Engineers. In 2014, he was appointed to serve on an International Advisory Panel to support the Australian government’s Financial Systems Inquiry (FSI). 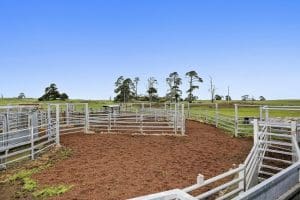