Further evidence of the strength of mixed grazing land on the south west slopes has been the sale last week of Moeyan, a 625ha property located at Berthong near Young, NSW, which was expected to sell for about $5500 per acre ($13,600/ha).

ASSISTED by a recovery from the prolonged drought, the south west slopes of NSW has become one of the hottest rural real estate markets in the state, according to Yass based LAWD senior director, Col Medway.

Mr Medway said the “disconnect” between the two was probably due to the more prolonged drought in the north. With most of NSW now out of drought, this provided an opportunity for buyers of northern slopes mixed farming properties.

He predicted prices on the northern slopes would soon rise to be more in line with those in the south. 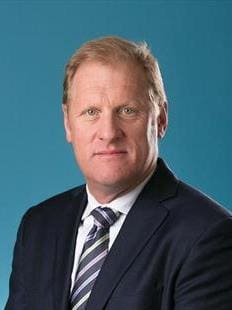 “If history is any guide, the market is unlikely to retreat,” he said. Mr Medway said there had been an unprecedented rise in land values across the eastern states despite the drought.

“We thought there would be a flood of properties come onto the market after the drought broke this year, but despite that, the market has continued to rise,” he said.

While prices were likely to plateau, Mr Medway believes they were unlikely to fall while commodity prices remained high, a good winter grain harvest was likely and there was continued low interest rates.

Family farm businesses, he said, remained the main buyers. It was quite evident that many farmers were looking to expand their holdings to maintain economies of scale, with many from the next generation returning to the land.

Among its main property listings LAWD has under offer is Cavour, a 500ha almond orchard at Euroley, near Narrandera on the Murrumbidgee River in the NSW Riverina. Owned by Folium Capital, a US hedge fund, the farm, which has good ground and river water security, is expected to fetch about $30 million. Expressions of interest close on October 22.

Another major listing under LAWD is a newly constructed goat abattoir at Bourke. Mr Medway said feral goat numbers were now rebuilding after the drought. The herd, if not ‘interfered with’, would double within the next 18 months.

Further evidence of the strength of mixed grazing land on the south west slopes has been the sale last week of Moeyan, a 625ha property located at Berthong near Young NSW, which was expected to sell for about $5500 per acre ($13,600/ha). While the sale price cannot be disclosed at this time, LAWD has advised that contracts were exchanged well above expectations.