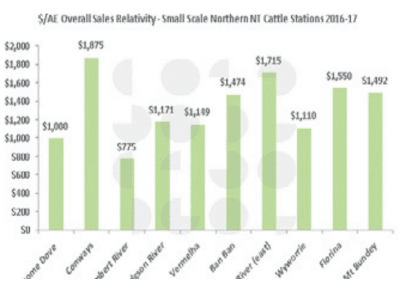 Table 1 – Click on charts to view in larger format. 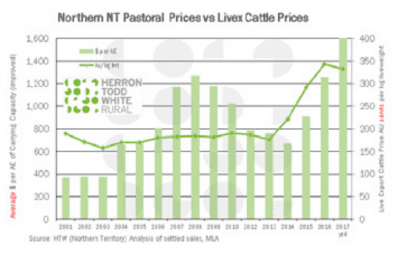 Although the general perception for the NT pastoral market is that things may have peaked, there are still sales taking place that suggest strong confidence in the northern beef industry’s foreseeable future, says Herron Todd White’s Frank Peacocke.

Conways Station (1,392 square kilometres) located on the Central Arnhem Road 180 kilometres eastnorth-east of Katherine has contracted for close to the $9 million (walk in walk out) asking price.

The property, which borders Arnhem Land to the north, had been on the market since around January 2016 initially asking around $9.3 million walk in walk out with approximately 4,500 head and a small amount of plant. The property is reportedly under contract for sale to an Australian based company.

“We understand that the purchaser is investing in the property primarily for its pastoral use and did not place significant value on the property’s tourism/ hunting business opportunity,” Mr Peacocke said.

“The existence of the carbon credit contract in place (reportedly capable of generating between $70,000 and $100,000 profit per annum) reportedly positively influenced the purchase price. This is a strong sale and by our estimations of current carrying capacity would push the $/AE above $1,700.”

“While there appears to be a wider range of value levels ($/AE) being paid for smaller scale cattle stations in the north of the NT (mainly due to the amplifying effect that every additional dollar spent has on the $/AE over a smaller carrying capacity – see Table 1) these larger scale sales, if they occur, should give us a better indication on where values currently sit, particularly now that cattle prices have come off the boil (refer Table 2).”