THE Foreign Investment Review Board has cleared the sale of one of the Hunter Valley’s biggest grazing properties to Chinese interests.

Glenrock Station, totalling about 30,000ha east of Scone, was bought by AAAW Pty Ltd, the Australian trading arm of a Chinese retailer for a price said to be around $45 million. 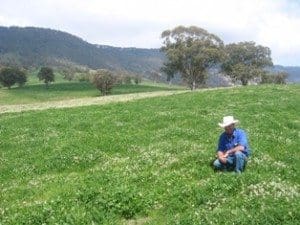 A spokesman for the sale said the new owners had been busy sourcing quality cattle to stock the property, with the intention of building numbers to around 5000 Angus cows and calves.

No indication has yet been provided about the company’s management or marketing intentions for the annual turnoff.

The sale was handled by Terry Burke of Burke and Smyth Tamworth, and his son Michael Burke of MacCallum Inglis Scone.

Glenrock Station, adjacent to James Packer’s Ellerston homestead near Scone, was placed on the market by financiers in 2013. Glenrock was last purchased in 2005 by then Babcock & Brown managing director Phil Green and Tricom brokerage firm founder Lance Rosenberg in a syndicate that paid $23 million.