THE recent sequence of strong grazing property sale results in Central Queensland continued this morning when the showcase large-scale Rolleston district bullock depot, Struan Station, sold under the hammer in Rockhampton for $15.9 million, bare of stock.

There were seven registered bidders involved in a solid bidding war before the block was knocked down to Sam and Jane Barton, Huntley Droughtmasters, Clermont. Under-bidder was David Kane from Mirtna Station, Charters Towers. 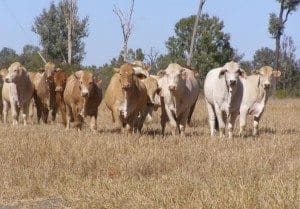 Straun has consistently turned off 3500 grassfed heavy bullocks each year

Driven by a confidence-fuelled cattle market and the news earlier this week that China is to become a customer for Australian live export cattle, there was a buoyant mood evident in the auction-room, under the sole agency management of Elders’ Virgil Kenny.

The sale price, bare of stock, reflects a beast area value of $1420/ha, or $576/ac – an excellent result under current property market conditions, especially for a holding of this size.

At  11,200ha (27,600ac), Struanis one of the larger holdings in the dress-circle Rolleston district, and as sole agent Virgil Kenny says, it is always harder to extract the more extreme $/ha values for holdings considerably larger than others in the district.

The property has been used by its current owner exclusively as a bullock depot, consistently finishing up to 3500 bought steers each year, mostly crossbreds supplied out of local and North Queensland breeding herds.

Struan is 100 percent freehold tenure, located about 70km south of Comet and a similar distance north of Rolleston, in the middle of some of the state’s best buffel grass finishing country. 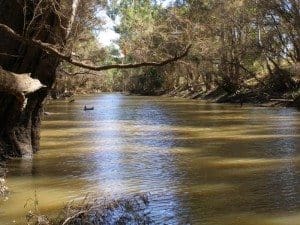 Straun has a double frontage to the Comet River.

The country is predominately gently undulating brigalow and bottle tree scrub country, with river flats along the Comet River and Humboldt Creek frontage.

Large areas have been pulled and developed to strong stands of improved buffel, plus green panic, Rhodes grass, bambatsi and purple pigeon. Excellent stands of buffel and urochloa are under-sown with seca stylos and supported by soft native grasses of kangaroo, spear and Queensland blue grass in the forest country.

The low-maintenance block is subdivided into 22 main paddocks and seven holding and mustering paddocks, with laneways. There are four equipped bores supplying an abundance of water through 40km of poly to outlying troughs, as well as eight dams.

The country also holds potential for cultivation, but has been used as a straight bullock depot by the current owner over the past 38 years.