Gilgal at Cootamundra has been sold by the Ward family to Palgrove. Photo: Inglis Rural Property.

PALGROVE has purchased Gilgal as its first property in southern New South Wales to supplement the capabilities of its Queensland and northern NSW holdings.

Offered for sale by the Ward family, the 3619-hectare property sits 11 kilometres south of Cootamundra, and was marketed exclusively by Inglis Rural Property. 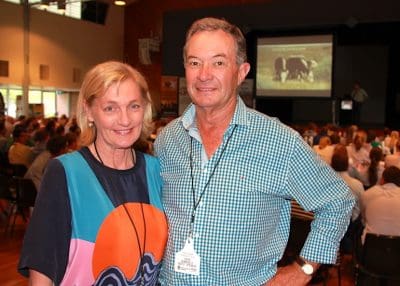 With an annual average winter-dominant rainfall of 600 millimetres, Palgrove general manager Prue Bondfield said Gilgal’s features, location and enterprise mix have made it an ideal fit.

“It had everything we wanted.”

“We always look at opportunities everywhere, and certainly in that eastern Riverina, we’d been wanting some country with a different rainfall pattern where we could have different joining times.”

Mrs Bondfield said Palgrove intended to “keep the status quo” at Gilgal, and would continue to run Angus breeders and grow crops in a proven and practical mixed-farming system.

“Whilst it’s a prize place, it’s not a trophy place.”

The holding, which includes Gilgal and the adjoining Winona and O’Connors properties, was sold for an undisclosed price via an expressions-of-interest campaign conducted by Inglis Rural Property sales manager Sam Triggs and director Jamie Inglis.

The total parcel was marketed as having a dry-sheep equivalent (DSE) of 34,000-38,000 in average seasons, along with dual-purpose cropping, and attracted 53 inquiries and 22 inspections. 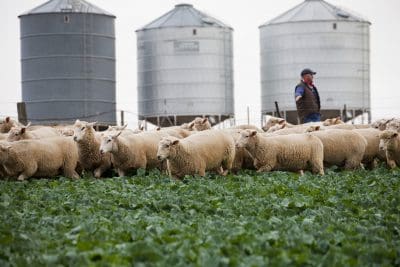 “This is a landmark sale in the Cootamundra district following 150 years and five generations of single-family ownership,” Mr Triggs said in a statement.

“The Palgrove partnership is an example of the progressive rural land ownership models now being seen in Australia, with proven family operators joining forces with investment funds to scale up proven business enterprises.

“It is corporate-scale agriculture operated with family farming experience and expertise, which is arguably one of the most efficient farming models in Australia.”

Mr Inglis said versatile country in the region has been selling for $800-$1000 per DSE.

“The demand for mixed farming country in the South West Slopes is insatiable,” Mr Inglis said.

“I would like to congratulate the Ward family on offering such a well presented and efficiently managed asset.”

Gilgal is equipped with an excellent water system including two ground bores and a well, several creek systems including Cunjegong Creek, and a network of elevated tanks reticulated to troughs.

The holding has more than 80 surface dams, some of them springfed, and town-water connection.

An impressive homestead, as well as cottages and two managers’ houses make up the residences.

Palgrove runs Australia’s largest registered Charolais herd, and is also a significant supplier of Angus, Brangus and Ultrablack genetics, as well as a commercial beef producer.

In 2017, Palgrove principals Prue and husband David Bondfield went into a partnership with the New Zealand Superannuation Fund.

Palgrove’s home property is Strathgarve, between Warwick and Stanthorpe in Queensland, where it also owns Killaloo at Drillham on the Western Downs and Rhodesia at Yamala in Central Queensland.