Carrying capacity is estimated at 2000 mixed cattle (calves not included), with around 1000 head included in the sale.

Gary Johns from Nutrien Harcourts said Amberkolly had been conservatively stocked and is in good shape following recent rain.

“There has been strong interest from producers looking to expand and from others with cattle on agistment who now need a place to buy. Another drawcard is its road train access,” he said.

While Mr Johns was unable to disclose a price, it is understood interested parties have been given a price range between $10 million and $16 million depending on the final cattle numbers.

Amberkolly has double frontage to the Broken River, Little Bowen, Spring and Cocoa Creeks. It also fronts the Dart Creek and is watered by two bores and three dams.

Expression of interest close on July 11. 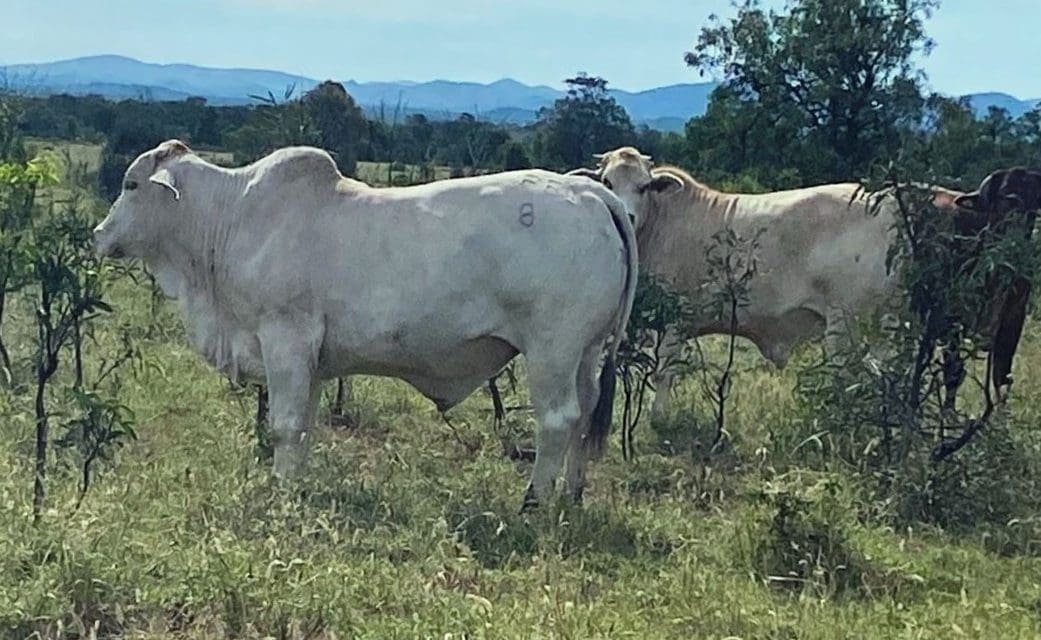 Carrying capacity on Amberkolly is estimated at 2000 mixed cattle (calves not included), with around 1000 head included in the sale.

Located at Devereux Creek, the 200 hectares of fertile volcanic and alluvial soils can run up to 300 breeders.

An area has been set aside for a large storage dam.

“It is a unique opportunity to acquire productive irrigated pasture ideal for rotational grazing, cane, legume crops, orcharding or hay production,” he said.

“The Marian Weir ski club is situated close by. With the property held over six titles, the successful purchaser can realign the boundary into five river frontage blocks.”

Expressions of interest close on June 6 with locals anticipating it could make between $5m and $8m. Dingle’s Alarm Creek up for grabs

A sizeable grazing block in Central Queensland that can comfortably run 1000 cows is attracting good interest, particularly from locals and large family operators.

Owned since 1994 by well-known breeders Joyce and the late Des Dingle, the 4727ha Alarm Creek is situated about halfway between Mount Larcom and Calliope and is 50km from Gladstone.

Andrew McCallum from Nutrien Harcourts GDL said a property of this size and calibre seldom becomes available in this region.

“Alarm Creek is presenting a good body of feed on strong and healthy country in an area well regarded for its performance, capital appreciation and reliability.”

Mr McCallum believes it will tick several boxes for a range of buyers.

“Alarm Creek boasts secure water, conservative management and continuous development. It is being offered with 918 breeders and progeny, plant and equipment.”

Alarm Creek will be auctioned on June 14.

A large-scale grazing asset on Queensland’s Sunshine Coast could make more than $7 million when it is auctioned later this month.

Owned by a Queensland partnership, the 895ha property boasts views north to Tin Can Bay and south to the Noosa Hinterland.

The breeding and backgrounding operation for stud and commercial cattle is currently running more than 600 breeders on native and improved pastures.

There is significant cattle infrastructure on Penyrhoel including 7km of internal laneways and purpose-built quality steel cattle yards with a calf and spray race.

Around 20ha is established to irrigated pasture with permanent sprinklers.

Existing underground mains are found across the holding allowing for future potential uses, such as further intensive cell grazing or horticulture (subject to further development).

Pockets of established timber have been assessed and left for future milling purposes.

Penyrhoel will be sold via online auction by the Resolute Property Group and Colliers Agribusiness on May 31.

For the past 20 years, Lisgar has been owned by Simone and Shane Tully who are now seeking a change in direction.

Selling agent Ben Forrest said there has been good interest from cattle producers and mixed farm operators due to its central location – between Inverell and Goondiwindi across the border in Queensland.

It is being sold bare of livestock but is able to run up to 500 breeders. The neighbouring stock route provides additional grazing.

Featuring highway frontage, Lisgar has a mix of bluegrass, vetches, medics and native grasses, as well as 151ha of cultivation with additional areas clearable for pasture or farming.

Lisgar will be auctioned on June 10. Lisgar is being sold bare of livestock but is able to run up to 500 breeders. The neighbouring stock route provides additional grazing.

There has been no shortage of interest in the Black family’s 408ha prime fodder factory at Nanango, 190km northwest of Brisbane.

The mixed farming block has a registered feedlot licence with potential for expansion.

Ben Forrest from the Resolute Property Group said the holding can produce enough fodder to feed into a livestock enterprise.

“It is extremely well-watered with dual creek frontage, 336ML in water licences, two new centre pivots, a 50ML on farm storage dam and numerous bores. Another dam site exists for an additional 800ML of water storage.”

The property will be sold via online auction this Friday, May 13.

The 4179ha well-developed grazing property Larnook, adjacent to the township of Mungallala in Queensland’s Maranoa, has been listed for $10.5 million.

Located 130km west of Roma and boasting a big body of feed, Larnook is suited to breeding, fattening, backgrounding or potential lotfeeding.

The country is undulating brigalow and box, bottletree with bendee soils, with the balance pulled and racked.

Around 2800 hectares have been blade-ploughed and established to silk sorghum and buffel grass. Around 200ha is ready for oats.

There is an automated water system with a bore supplying an 80,000g tank (with observant monitoring) gravity fed to troughs.

Darryl Langton from Nutrien Harcourts is handling the sale of Larnook. The 4179ha well-developed grazing property Larnook, adjacent to the township of Mungallala in Queensland’s Maranoa, has been listed for $10.5 million.

The 1598ha property is located at Sherlock, 25km east of Tailem Bend and 50km south east of Murray Bridge, at the juncture of the Murraylands, Southern Mallee and Upper South East regions.

For the past eight years, the property has been owned by Patrick and Stacey Kerin who are now consolidating their operations.

Jesse Manuel from Colliers Agribusiness said there had been strong interest from local and Victorian producers.

“Grasslands is an ideal stand-alone mixed farming asset. Alternatively, it is an opportunity to integrate with an existing farming or livestock business either for local operators looking to expand or outside buyers looking for geographical or commodity diversification.”

Expressions of interest for Grasslands close on May 12. Livestock or lifestyle in Bourke

Greg Seiler from Nutrien Harcourts said Bourke was once perceived as being in the middle of nowhere but it is centrally located, with similar access to Sydney, Brisbane or Adelaide.

“People keen to escape the city, don’t mind spending eight hours in the car to spend time away in the country with friends and family.”

Vendor John Thatcher has developed the cattle and sheep property by improving and upgrading fences, installing yards and shedding, as well as trapping the waters for harvesting goats.

Richmond features red loam soils with areas of woody weeds. Box flats and swamps are dispersed throughout the property.

There is a HIR Carbon Project in place that is contracted with the Australian Government until 2027. More details will be provided to qualified purchasers after a non-disclosure agreement has been executed.

Richmond will be auctioned on June 16 with extensive plant and equipment.