Located 80km from Rolleston and 179km from Roma, the 3909ha Bilabalong is situated in Queensland’s tightly held Arcadia Valley which boasts some of the best beef country in the state.

THIS week’s property review includes this wrap-up of interesting recent listings across the country, and a separate article of recently completed grazing property sales of note.

Just one week on the market and Collier International’s Billabalong Station has already attracted more than 2600 views on YouTube (click here to view).

Located 81km from Rolleston and 179km from Roma, the 3909ha property, pictured above is situated in Queensland’s tightly held Arcadia Valley which boasts some of the best beef country in the state.

In any bar-room discussion about the location of the best cattle country in Queensland, the Arcadia Valley inevitably comes into calculations.

Selling agent Rawdon Briggs said it was country that producers dream of.

“Billabalong has exceptional bore water, an excellent stand of buffel grass following recent rain and the cattle are in great condition,” he said.

There has already been strong inquiry from internationals through to locals from northern New South Wales, Central Queensland, traditional buffel grass operators and stud enterprises.

The country is rolling to undulating and the grasses and improved pastures are a mix of buffel, green panic and stands of Rhodes. The scrub country is suitable for finishing or a large stud cattle enterprise.

Billabalong presently runs a Droughtmaster commercial and stud herd and can carry around 2500 backgrounders.

The fully-improved property is tick-free, has a 5km Carnarvon Highway frontage, 20km of new fencing and an on-farm gravel resource.

Vendors Grant and Julie Veivers, who have owned the property since 2005, have decided to pursue other ventures.

Billabalong Station is for sale via an expression of interest campaign closing on June 10.

Former Prime Minister Malcolm Turnbull and his wife Lucy are expected to raise between $6.5m and $6.75m from the sale of one of their Hunter Valley properties.

The 2000ha Scotts Creek is located in the foothills of the Liverpool Ranges, 12km from Blandford and Murrurundi, and 330km from Sydney.

Historically, it has been renowned for its wool growing and Merino breeding abilities. More recently, it has focused on beef production and runs 600 Angus and Hereford breeding cows, together with 1000 to 1500 Merino ewes or wethers.

Chris Meares from Meares & Associates said the Scotts Creek valley is one of the outstanding wool growing and cattle breeding areas of central NSW.

“The property is located in one of the state’s safer and most sought-after agricultural regions. It is blessed with its altitude, rich basalt soils and 800mm average rainfall and presents as a low cost, highly productive, well situated and scenic property,” he said.

Scotts Creek will be offered for sale by Meares online auction on June 12 and 13.

In the meantime, the Turnbulls will retain East Rossgole, the 1000ha Aberdeen property which Malcolm inherited from his father in 1982. The 2000ha Scotts Creek is located in the foothills of the Liverpool Ranges, 12km from Murrurundi, and 330km from Sydney.

A grazing enterprise focusing on cattle breeding and finishing has been listed for sale by Richard Gemmell from Elders Central West.

Previously run as a Merino sheep and wool operation, Genaren is a 6425ha mixed farming property located at Narromine/Peak Hill.

The property has a 6km (mostly) double frontage to the semi-permanent Genaren Creek, plus several smaller creeks traversing the property.

Over the past 20 years, Michael and Dorothy Harrison have secured adjoining blocks, almost doubling the scale and diversity of Glenaren.

Mr Gemmell said the property will attract a range of buyers.

“Glenaren will suit local producers wanting a large stand-alone enterprise, or agribusinesses and corporates seeking a bolt-on acquisition. It is also substantial enough to justify a manager and staff,” he said.

Genaren will be auctioned on June 7. A grazing enterprise focusing on cattle breeding and finishing, Glenaren is a 6425ha mixed farming property located near Narromine.

Featuring open downs country with the Rupert creek running the length of the holding on the northern boundary, Windsor Park is grassed with Mitchell, Flinders and seasonal herbage.

At the beginning of the year, it received 690mm following the monsoon event. A further 100mm fell in April.

Windsor Park has a near new artesian bore piped to tanks and troughs under pressure.

Vendors James and Leigh Pickering estimate the property can carry 1200 adult equivalents, however Windsor Park is being sold bare of stock.

Another well-grassed western Queensland property to hit the market is Longreach’s Ban Ban, which has been listed for private sale for $5.1 million.

Located 95km south of Longreach and 250km west of Blackall, the 14,264ha enterprise is offering immediate access for cattle, sheep or goats.

Boasting sweet high-weight gain country, the property has no invasive weeds and around 60 percent has brand new exclusion fencing.

Ban Ban consists of Mitchell and Flinders black soil downs country and grows an abundance of natural grasses and herbages, as well as some buffel.

Ten dams provide water, and all but one have been de-silted in recent times. There is one creek system that runs through the property which provides additional wet season waterholes.

“The country experienced an excellent finish to the 2019 wet season. While the property can carry 1300 adult equivalents (or 9000 DSE), Ban Ban could easily carry more stock numbers for the remainder of the year.”

Mr McLeish said the current owners, Michael and Sue Pratt, had decided it was time to start downsizing.

“The Pratts own three local properties. Ban Ban is an extremely successful operation which they owned and operated for the past 15 years.” Well-grassed western Queensland property Ban Ban, near Longreach, has been listed for private sale for $5.1 million.

Sweet country for sale near Boulia

Located 135km north east of Boulia or 102km south west of Middleton, Dover is described as a well-developed, low-cost property. 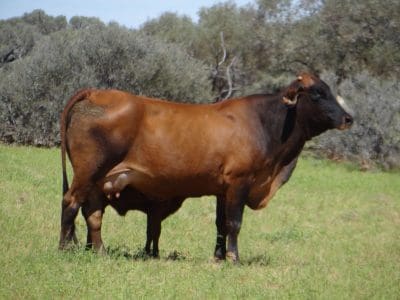 It is watered by six equipped bores and five dams.

“Dover is good naturally sweet Boulia downs country. It is a big place and is situated in a drier rainfall belt. It is lightly stocked and carrying a large body of grass after receiving 195mm of rain in February and a further 156mm in March.”

After seven years of ownership, Brett and Sue Campbell have decided to downsize.

The adjoining properties totalling 424,00ha are located in a tightly held and highly regarded cattle growing region, with an estimated carrying capacity of around 16,000 adult equivalents.

The country has multiple bores and watering points.

The properties are for sale via expressions of interest via Colliers, closing soon. A 590ha New South Wales cattle and sheep breeding and finishing operation with a historical carrying capacity of 4300 dry sheep equivalents will be auctioned next week by CBRE.

It has a productive pasture base of native perennials suited to the local climate to take advantage of the district’s non-seasonal rainfall.

The property has fodder cropping capability via the deeper soils in valley floors and mid slopes, with 35ha of oats included in the sale.

Tillararra boasts high-quality improvements and reliable water resources, including a pump, a tank, troughs and 17 dams.

“The vendors, Paul and Mary Reardon have been running a Merino flock and small opportunistic cattle breeding operation,” he said.

Mr Inglis said there had been good inquiry.

“Despite the patchy conditions, there’s been interest particularly from locals seeking expansion. However, Tillararra also has the ability to be a standalone property.”

Tillararra will be offered on May 23. It is expected to sell for around $2.5 million.