Movement at the Station – Property listings surge after recent rain

Langley sits above the junction of the Isaac and Connors Rivers and is watered by a dam and permanent waterholes on both rivers, as well as the May Downs Creek.

“It will be attractive to producers wanting to expand into a more secure rainfall and seasonal location. This year alone, the property has received more than 250mm,” he said.

The Black family is selling up after 25 years due to succession planning. Langley sits above the junction of the Isaac and Connors Rivers and is watered by a dam and permanent waterholes on both rivers, as well as the May Downs Creek.

North Queensland’s Granitevale Station will be auctioned on March 31.

The 6878ha holding, 30 minutes from Townsville, is suited to beef breeding, backgrounding or fattening, as well as stud applications.

Gary Johns from Landmark Harcourts Mackay believes Granitevale suits intense backgrounding/depot work due to its close proximity to the live export market through the nearby Port of Townsville.

“Previous owners have easily carried 2000 breeders, however these numbers could be improved with rotational grazing, pasture spelling, growing forage crops and leucaena,” he said.

Due to its seven freehold titles, the property could also be land banked for future development.

Situated above the Ross River Dam, the operation is drained by a number of secondary creeks, plus Central and Banana Creeks, all of which run into the nearby Ross River.

The water security also provides the potential to irrigate hay or forage production or develop high density grazing with leucaena or Rhodes grass.

Granitevale is being marketed by Gary Johns together with Henry Slaney from Slaney & Co. The 6878ha Granitevale, 30 minutes from Townsville, is suited to beef breeding, backgrounding or fattening, as well as stud applications.

There has been solid interest and offers on the table for two far western New South Wales properties being offered by David Russell from Landmark Harcourts.

Listed for $1.35 million bare, it is owned by Ashley and Caroline McMurtrie who are relocating to the city to be closer to family.

“This region is still extremely dry – it missed out on all the rain. However, Gilgunnia boasts beautiful farming country and will appeal to someone interested in cereal cropping to feedlot their own goats and/or Dorpers,” he said. Over the past five years, vendors Chris and Jenna Lehmann have undertaken a massive development program on the 18,225ha property, investing in both infrastructure and land care.

Coronga is watered by nine earth dams and four open dams and can carry 3000 breeding does or Dorper ewes equivalent.

Mr Russell said the property had attracted interest from those involved in the goat and/or Dorper industries.

“Main interest is from the south in Victoria and some from the east. Coronga boasts all new steel hinge-joint fencing with handling yards and is currently being leased until October with a sound return,” he said. 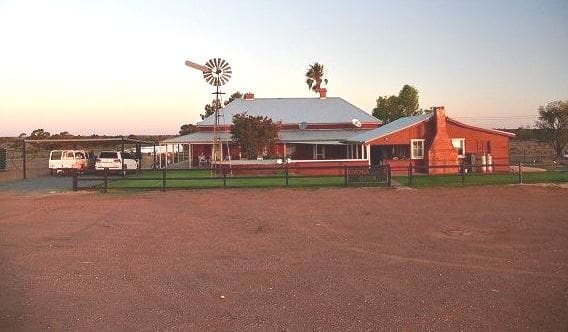 Khancoban, in the tightly held New England region of northern NSW, will be auctioned by Ray White Rural on March 27.

Watered by 41 dams (the majority spring fed), a bore and a 1.7km of frontage to the spring-fed Moggs Swamp Creek, Khancoban boasts spectacular valley views.

It is presently being used as a satellite breeding and backgrounding property for the Warwick-based Ascot Angus and Charolais seedstock enterprise. It is being offered for sale to allow Jim Wedge to focus on taking the Ascot operation to the next level.

Selling agent Geoff Hayes said Khancoban had already this year received more than half of its long-term average rainfall (900mm).

“The vendors kept up the fertiliser even during the dry seasonal conditions and this has resulted in the pastures exploding,” he said.

The property has previously run large numbers of sheep, but there is no sheep infrastructure in place.

Interest is anticipated from producers seeking to breed, fatten and background around 300 cows. Khancoban, in the tightly held New England region of northern NSW, will be auctioned by Ray White Rural on March 27.