A block of prime cattle country in Queensland’s tightly-held Condamine district will be auctioned for only the second time in 80 years by Ray White Rural.

The owners, Campbell and Roz Brownlie, who are downsizing, estimate the breeding, backgrounding or finishing property can carry 3000 backgrounders. The property is well-watered by a centrally-located bore, troughs and tanks and 12 dams.

Mr Brownlie most Condamine properties were about a third of the size, which made Moira Runda a big operation by local standards. It also boasts quality country, a good location, strong performing cattle and versatility.

Moira Runda has 1457ha of cultivation providing increased production through fodder cropping of oats and forage sorghum for grazing, silage and hay.  More than 300ha currently planted to oats will be included in the sale.

Mr Campbell said Moira Runda was an aboriginal name – Moira meaning ‘friendly possum’ and Runda ‘home of’ … making the property the “home of the friendly possum.”

Moira Runda will be auctioned by RWR on July 6. At Strathavon, near Blackall, livestock walk no further than one kilometre to get a drink. The 5537ha property is well watered by natural waterholes and the Barcoo River supplies water to numerous tanks and troughs. The feature is a large waterhole that has never run dry.

The property, which has a good mixture of buffel and Mitchell grass pasture, is owned by Peter and Marie Atkinson from Barragunda at Hughenden.

“In the past, Strathavon was a ram depot for both Portland Downs and Isis Downs, which reflects the quality of the country,” he said.

Part of an exclusion fence cluster, Strathavon requires a further eight kilometres to completely enclose the property from predation. An unfenced stock route of 970ha traverses the property which is being sold bare of livestock and plant for $2.75m. Permanent holes in the Barcoo feature on Strathavon, near Blackall

The block is naturally watered by permanent and semi-permanent waterholes along creek channels, supplemented by 10 dams and a sub-bore servicing troughs and tanks. The Wooroolah channels intersect the property from north to south.

The property has an estimated carrying capacity of 1200 backgrounder cattle.

Elders is currently considering offers above $6 million for Barcaldine’s The Patrick which was passed-in at auction recently.

The 16,786ha property, which has been held by the Allpass family for the past 80 years, lends itself to breeding, growing or fattening. It could also be a trading or backgrounding depot offering excellent access to markets.

The Patrick can run 3000 backgrounders but is currently being sold bare of livestock.

The Patrick has been partially exclusion fenced and is watered by three flowing bores.

Tim Salters, Elders Longreach, said there were several offers on the table and potential buyers wanting to inspect the property.

Expressions of interest are being sought for the Douglas-Daly beef enterprise Kingfisher Station.

The 2027ha property, listed for sale since 2015, is located 250km south of Darwin. It has a carrying capacity of 1000 head, an all-weather access road and is close to cattle markets.

Kingfisher Station is positioned over multiple aquifers, with an additional 3003mgl water allocation.

Currently, the enterprise is used for intensive freehold grazing. However, with 70 percent of the property cleared and developed to improved pastures, Kingfisher could be also further developed to forestry, hay production or converted solely to fodder cropping. 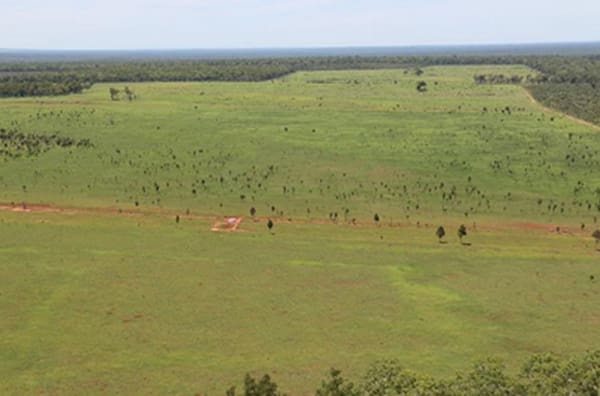 Around $3m is anticipated for the 768ha Central Tablelands property Inverway, located 2.5hrs from Sydney.

The productive grazing enterprise is set in a picturesque valley, 54km from Mudgee and 83km from Bathurst, and boasts fertile creek flats ideal for lucerne and fodder production. The undulating and plateau grazing country is currently running a 1400 head self-replacing Merino flock.

With double frontage to the Warrangunia Creek, Inverway is well watered by 13 dams, a bore and a 128 megalitre irrigation licence and 800mm annual rainfall.

Once part of the family’s Warrangunyah aggregation at Ilford, Paul and Cathy de Mestre are now selling up.

Inverway is being auctioned by Webster Nolan Real Estate and McDonald Lawson of Mudgee on July 10. Around $3m is anticipated for the 768ha Central Tablelands property Inverway.