There has been plenty of inquiry for the quality breeding, backgrounding and finishing property Yantumara, in Central Queensland’s renowned Bauhinia District.

The 5211ha property is situated at Goomally, 25km from Bauhinia and 100km from Moura.

The property is EU accredited and can run 1500 adult equivalents. It is presently lightly stocked in preparation for the April 27 auction.

Water is a standout feature with 9km of dual frontage to Repulse Creek, seasonal waterholes, six dams and two bores that deliver 156,000 litres of water to four tanks and 15 troughs. The property has 2km of Dawson River frontage and is flood free. It is also watered by five dams.

Newlands will be sold bare of stock and plant.

Brad Hanson from Hourn & Bishop Qld said the standout properties are attracting interest from producers seeking expansion – from as far south to the Downs to the west, and from Emerald to the Central Highlands. Peter and Elizabeth Clark are selling their historic Longreach property Leander after 113 years of single-family ownership.

Leander has been in the ownership of the Barrett/Clark families since 1908 and boasts a nine-bedroom homestead built in 1912 and established gardens nurtured over the generations.

The 12,218ha holding consists of 11,091ha freehold and 1127ha permit to occupy and is located 25km west of Longreach with direct frontage to the Landsborough Highway.

Leander, which is responding to recent rain, comprises a diverse mix of country. A third is high soft desert country, 30pc is developed pebbly gidgee which fronts the Darr River (with flood-out country along Strathdarr/Invercauld boundary), with the remaining third boree downs country interspersed with coolabah channels and some gidgee country with double frontage to the Dingo Creek.

A feature is the fully paid-for wild dog barrier fence that significantly reduces grazing pressure and assists in the control of pests, increasing productivity.

Selling agent Wally Cooper from RPL said Leander was large enough to be a stand-alone enterprise or depot, and would suit like-minded sheep, cattle or goat producers, while also offering a local professional a rural base close to town.

While the market will dictate the price, district sales evidence indicates Leander will sell for in excess of $350/ha.

The property is being offered for sale by expressions of interest closing on April 29. Peter and Elizabeth Clark are selling their historic Longreach property Leander after 113 years of single-family ownership.

Fernleigh, a 2074ha breeding or fattening sheep or cattle operation at Ellerston in New South Wales’ Upper Hunter, has been listed for sale for $7.4 million.

Michael Burke from MacCallum Inglis said Fernleigh has been extensively improved over the past 20 years, with sustainable farming development as a goal.

Undulating and hilly country is complimented by heavy plateaus with soils comprising predominantly chocolate basalt with some red loams.

The property is currently lightly stocked and enjoying an abundance of good quality stock feed.

Fernleigh has been rated to carry up to 9100 DSE per annum, and with further pasture development and fertiliser this number could be increased.

There are 46 dams and four equipped bores supply water to large header tanks and reticulate to 14 toughs. 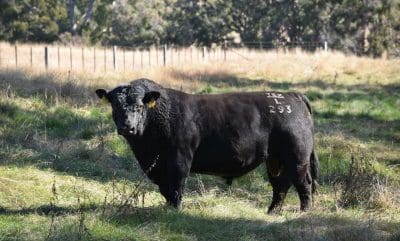 Fernleigh, a 2074ha beef cattle and wool operation at Ellerston in New South Wales’ Upper Hunter, has been listed for sale with a price guide of between $7.4m and $8.2m.

After four generations of ownership, the Slade family has decided to offload the historic Moolooloo Station in South Australia’s iconic Flinders Ranges.

Settled in 1851 by John McKinley and his brother Dr McKinley, Moolooloo Station was originally called Oratunga.

Two years later, the run, which was ill-defined and extended far beyond its present boundaries, was sold to brothers James and John Chambers.

In 1854 they engaged South Australian surveyor general John McDouall Stuart, who went on to become one of Australia’s most accomplished inland explorers, to survey the property.

In 1857 copper was discovered south of the present Moolooloo homestead and James Chambers and his partner William Finke established the Oratunga and then the Nuccaleena mines which are now places of historical significance.

In 1962 it was purchased by descendants of the present owners, the Slade family, who arrived from England in the 1850s.

The country on Moolooloo encompasses healthy bush to winter clovers and native grasses and is rated to carry 10,250 sheep equivalents.

Last year, the Elders agents were working with a number of parties on a price guide of more than $5 million. After four generations of ownership, the Slade family has decided to offload the historic Moolooloo Station in South Australia’s iconic Flinders Ranges.

Deepwater’s Echo Aggregation offering economy of scale and water security in New South Wales’ northern New England has returned to the market after failing to sell at auction.

The country lends itself to cattle breeding, wool growing or backgrounding. Prior to the drought, the vendors were running around 2000 cows.

Added security is offered via a 104ML water licence (WAL) which provides water through a modern centre pivot to fertile river flats. Previously used to grow silage for stock feed, the irrigation may be used for any number of cropping or horticultural applications.

Bruce Birch from Ray White Rural is believed to be negotiating with several interested parties.

The 1725ha Windera Station, 36km from Murgon and 74km from Kingaroy, has been listed for $8 million by the Rockemer family.

The vendors have produced more than 7000 round bales of forage hay and 200 tonnes of grain per year.

Windera Station can run 400 cows and calves, or 1500 backgrounders when using the 300ha for cultivation.

Last year, the vendors used fodder grown on the property (forage sorghum and pasture grasses) as well as the grain to bulk feed the cattle.

A 600mgl lake on Windera is self-filling from the Windera Creek via a two-metre private weir and there are two irrigation licences (one for the weir and one to pump from the creek when running). The 1725ha Windera Station, 36km from Murgon and 74km from Kingaroy, has been listed for $8 million by the Rockemer family.

Alonse is situated 74km from Eidsvold and 108km from Bundaberg in the North Burnett region of south eastern Queensland.

It is currently running 170 breeders, however there is potential to improve the pasture and increase the property’s carrying capacity.

The undulating country has mostly narrow-leaf ironbark and improved pasture including Burnett bluegrass and wincassia.

It has been listed for sale for offers over $1.9 million. Alonse is situated 74km from Eidsvold and 108km from Bundaberg in the North Burnett region of south eastern Queensland.

A northern New South Wales sheep and cattle block is attracting strong local interest for expansion or a as a stand-alone enterprise.

The 920ha Taroona is located at Pindaroi, 40km from Inverell, and has been owned by Doug and Raylene Rodda for the past 42 years. The couple is now retiring.

Boasting mainly basalt soils with some trap and running 350 cows, 610ha of the red and black basalt are also suitable cultivation.

Taroona is securely watered by 15 dams.

Inverell-based Terry Pyne from C.L. Squires said it is a diverse cattle and sheep production property also suitable for farming.