THIS week’s property review includes this wrap-up of interesting recent listings across the country, and a separate article about recently-completed sales of note.

Broad interest in Maryfield and Limbunya

Marketing agents involved in the sale of Northern Territory grazing properties, Maryfield and Limbunya have narrowed their search to a short list of potential buyers.

Maryfield, a little over 2000sq km, is located on the edge of the Barkly Tableland on the Stuart Highway north of Daly Waters.

Limbunya, 5222sq km, is in the heart of the Victoria River District, towards the Western Australia border.

Being offered with around 60,000 head of Brahman cattle, Maryfield and Limbunya are being offered as an aggregation or separately through an expressions of interest campaign which closed on January 14.

Joint selling agents Olivia Thompson from Nutrien Harcourts and Danny Thomas from Ulupna Pastoral Co (UPC) said they were very happy with the level of interest.

“There have been strong offers from a diverse group of buyers including major agricultural companies, investors as well as key landholders. Weather permitting, inspections should get underway in early March,” the pair said.

Hopes of $20 million are expected for a large-scale aggregation at Mount Hope, in New South Wales’ Western Division.

Mildura-based Des Lush purchased Yara in 2010 and leased the nearby Kilparney before securing it several years later.

The country is generally flat red loam soil, with the balance timbered by pine, rosewood, box flats and mallee areas, growing an abundance of natural herbages and grasses.

Combined, there is 12,440ha of cultivation – 9502ha on Yara and 2941ha on Kilparney. Each property is watered by eight earth dams.

The two properties are being sold on a walk-in, walk-out basis including 2000 joined ewes and 1000 wether lambs and 7500 tonnes of barley.

Expressions of interest for Yara and Kilparney, as separate parcels or as a whole, close on February 26.

David Russell from Landmark Russell Cobar is handling the marketing and the sale. 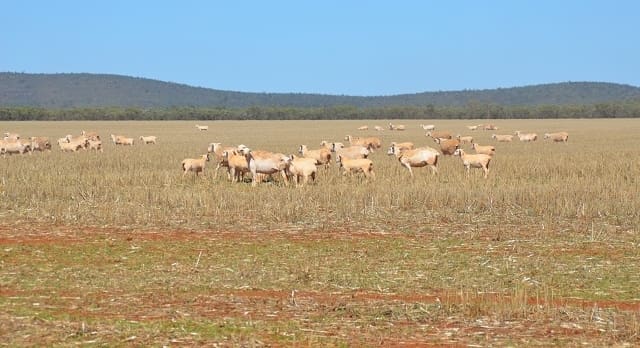 Yara and Kilparney are being sold on a walk-in, walk-out basis including 2000 joined ewes and 1000 wether lambs and 7500 tonnes of barley.

Meantime, David Russell has been inundated with callers interested in a large grazing and farming aggregation near Mount Hope, in New South Wales’ central west.

The 18,935ha Stanifords, including Yackarboon, is situated 140km north west of Lake Cargelligo or 140km north of Hillston.

Mr Russell said the property market is strong for quality holdings, which are difficult to find.

“Producers are chasing improved country to run either cattle or goats and sheep – that’s the flavour of the month. Many of those interested in Stanifords are keen to return the cultivation country back into pasture for lotfeeding,” he said.

Stanifords was first taken up in 1948 as a soldier settlers block by the father of the current owner Roddie Forsyth. Yackarboon was added to the current holding in 1971.

David Russell said Stanifords and Yackarboon have been conservatively managed and improved over many years, displaying some of the best heavy carrying semi open grazing country in the Mount Hope area.

The country is well watered by 19 earth dams. The Thule Creek runs through the property for seven kilometres, from east to west.

A network of drain and natural water course flows service a purpose-built surface dam (with a 120ml capacity when full) that can be used for small irrigation.

Stanifords and Yackarboon are rated to carry 6600 dry sheep equivalents or 400 breeding cows, with an additional goat cash flow of 600 to 800 head per annum.

Stanifords will be auctioned on a walk-in walk-out basis on March 4. The 18,935ha Stanifords, including Yackarboon, is situated 140km north west of Lake Cargelligo or 140km north of Hillston.

Roma’s Eulorel, boasting exceptional infrastructure will be auctioned on March 5 by Colliers International.

The 2825ha holding is 70km south of Roma and 60km west of Surat in southern Queensland’s Maranoa.

Selling agent Trenton Hindman said the property has been meticulously developed since 1979 by the late John Mackenzie and his wife, Robyn who is planning to retire to Roma.

“Eulorel is among some of the best maintained properties in the region. There is little do in the way of capital expenditure, providing an opportunity for the new owner to focus on additional pasture improvement to boost the current 400 cows and calves carrying capacity,” Mr Hindman said.

The country type could be further value-added by introducing sheep and/or goats alongside the cattle herd.

Mr Hindman said one of the most impressive features was Eulorel’s vegetation map.

“More than 96 percent is category X which allows mechanical and chemical control of vegetation, when and if required. In addition, an exclusion fence surrounding the entire property has significantly increased grass production in the last three years.”

Eulorel is watered by 16 permanent dams, a waterhole on Borah Creek and a bore.

Hewitt Cattle Australia’s Mount Cooper Station, in north Queensland, has returned to the market with an asking price of $17 million, walk-in walk-out.

The 38,942ha block once formed part of the Hewitt family’s former home, the large-scale breeding Mount Cooper Aggregation, which included the 48,700ha Harvest Home (which sold to a local grazing family in November for an undisclosed price).

The country on Mount Cooper comprises open forest grazing and open ironbark goldfields, with around 2500ha of pulled softwood scrub.

It features significant Burdekin River and dam frontage, and is watered by three equipped bores, 27 dams and numerous natural springs.

Stock water is reticulated to 22 troughs via extensive poly piping and many of the dams have been newly constructed, with most of them fenced.

The sale is being handled by Peter MacPherson and Troy Trevor from Queensland Rural. 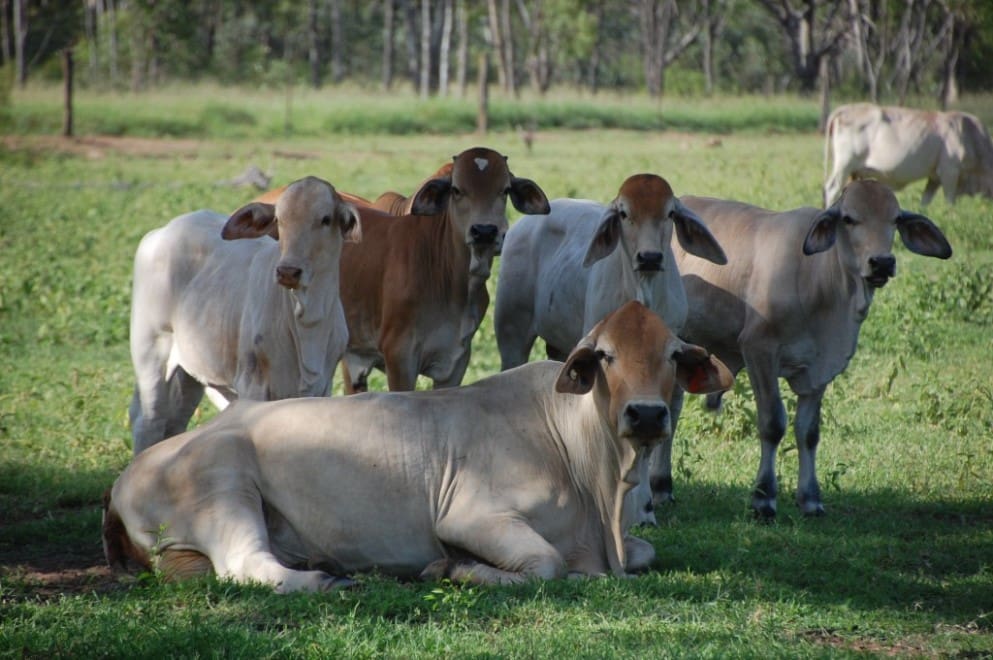 Hewitt Cattle Australia’s Mount Cooper Station, in north Queensland, has returned to the market with an asking price of $17 million, walk-in walk-out.

A versatile freehold block on New South Wales’ Liverpool Plains will be auctioned by Nutrien Harcourts on February 26.

The country is suited to both cropping and grazing, boasting dark soil productive flats and lighter undulating loam country.

The current owners are running up to 60 horses and grow out between 100 and 120 replacement heifers (from weaners to a joinable yearling weight annually). A small breeding operation or a steer or heifer grow-out depot in North Queensland’s Mount Surprise region has been listed for $3.5 million bare.

The estimated carrying capacity is 700 adult equivalents (450kg), however there are no cattle yards or structures on the holding.

The country on Byrimine comprises mostly red and black basalt soils, but the main feature is the water – both underground and surface.

Given it has a water licence from Fossilbrook Creek and a cleared land PMAV locked in, independent agronomists have suggested that Byrimine Station is also suited as a horticultural enterprise.

The sale is being handled by Henry Slaney from Slaney & Co, who reported the property has experienced a good season and that cattle are available for purchase after the sale.