Well-known Murrumbo on the market for $7.75m

The 2968ha NSW Upper Hunter Valley property Murrumbo has been passed in at auction for $7 million and is now for sale with an asking price of $7.75m. The property is surrounded by the Goulburn River and Wollemi National Parks.

Murrumbo currently runs a commercial Angus cow herd, however it has been home to of one of Australia’s leading Poll Hereford cattle studs and a leading Santa Gertrudis cattle stud.  Mr Druitt said three parties who originally inspected Murrumbo were carrying out further inspections.

“When one considers the lack of large-scale properties in the inner country capable of carrying more than a 1000 cows and also noting the quality and condition of the cattle, Murrumbo represents good value at the asking price,” he said.

The value of Australian farmland has grown by an average of 6 percent annually over the past 20 years, making it one of the best-­returning and most resilient long-term asset classes available to investors a recent review has suggested.

A comprehensive Rural Bank study, which examined 220,000 farm sales valued at $124 billion across Australia over the past 20 years, confirmed the underlying strength of ­agricultural property values, ­despite droughts, floods and sector downturns.

Last year, a record $7.6 billion of agricultural land was sold across Australia, with farm values surging more than 10pc in NSW and Western Australia, and in Tasmania by 12.8pc.

She said the inaugural Australian Farmland Values report showed remarkably consistent strong annual growth and rates of return on farm investments in all Australian states over 20 years of between 5pc and 6.1pc, confirming similar figures ­recently released by US farmland investment company West­chester.

The biggest turnover in farmland last year was in NSW, with 3825 productive rural properties selling for a total of $2.92bn.

Farm values jumped by 14pc last year along the NSW south coast’s dairying region and in the Southern Highlands, and by 11 per cent in the Riverina and Murray River irrigation areas.

Confidence in farm investment was strongest in Tasmania, buyers taking a record $214m of rural farmland.

The report, produced by the market insights division of the combined Rural Bank and Rural Finance corporation, found the most volatility in farmland ­values in Queensland. But it noted that, despite tough times, even Queensland land values had shown a gradual increase of 5.7pc a year for the past two ­decades, in line with national trends.

Willesley and Laurel Hills offers about to close 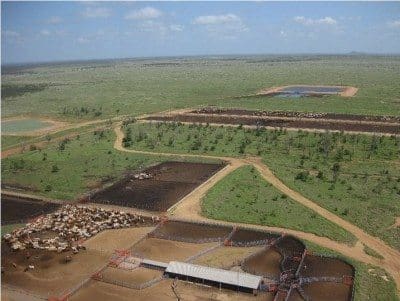 Offers are about to close on Willesley and Laurel Hills, two versatile and well developed brigalow farming and grazing properties north of Clermont in Central Qld.

The 32,500ha leasehold aggregation includes 1400ha of irrigated farmland, 130 ha of irrigated leucaena, large areas of dryland cropping,  a 5000 Standard Cattle Unit feedlot with scope for expansion, and carrying capacity of 12,000 head of feeder-type cattle. There are extensive high quality structural improvements including water infrastructure for irrigation and stock use. The aggregation has considerable potential for expansion in all facets of current operation, agents say.

The buyer was adjoining cattleman Adrian Wells from Elrose Station. The sale price is equal to about $105/ha.

Westward Ho has been held by the Prince family for the past 47 years and was sold as part of a family restructure.