INVESTING in Queensland agricultural land is becoming an increasingly attractive option for both domestic and foreign entities.

However investors should be aware of potential land tax ramifications. Land tax is an annual tax, calculated on a landholder’s total landholdings at midnight 30 June each year.

For companies, trustees and absentees there is a tax-free threshold of $350,000, with the maximum rate of land tax for landholdings with an unimproved value greater than $5 million, being $75,000 plus 2 percent for each dollar exceeding $5 million. 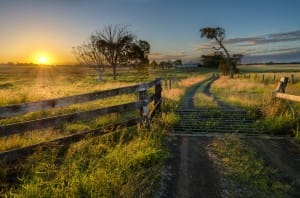 In Queensland, however, there is an additional requirement for land to be exempt.

To comply with this requirement the registered owner of the land must be a resident individual, a relevant proprietary company, or a trustee of a trust where all the beneficiaries satisfy the requirement.

Similarly, land held directly by public companies or foreign companies will also not qualify for the exemption.

If a foreign company, or an Australian entity in which ownership interests are held by foreign companies acquires land for farming purposes, there is a real risk land tax will be payable on an annual basis – despite the previous landholder not having to pay land tax on the land.

The ownership requirements do not impose difficulties just for foreign investors, however – there are potential complexities facing Australian-born farmers as well.

Take for example a family farm that is held in trust for family members, one of which has married and moved overseas. For land tax purposes, the overseas family member would be regarded as an ‘absentee’ and therefore the trustee would no longer technically be eligible for an exemption from land tax.

Similarly land held by private corporations which decide to convert to public companies with a view to possibly listing at a later date to raise further funds would lose the benefit of any exemption once the entity becomes a public company – irrespective of whether the public company is listed or unlisted.

Similarly if private corporation landholders sell shares to foreign companies, then the exemption would no longer technically apply.

Seeking legal advice prior to acquiring or making changes to ownership of Queensland farming land is key to ensuring exposure to land tax is properly managed. There are certain ways in which foreigners (including Australian born expatriates) may be able to hold interests in Queensland primary production land and not be exposed to ongoing land tax liabilities. 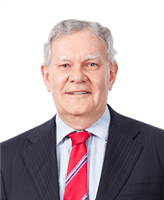