Mr Russo said a transaction of this scale was unprecedented on Kangaroo Island.

“An asset of this size has never been tested in the market. Competition will be played out between large corporate players actively hunting beef production assets, smaller local operators, as well as mainland investors. We don’t know how the sale will ultimately play out, but already there are very well qualified, significant players who have expressed interest in acquiring the whole portfolio and there are others wanting to acquire parts of the portfolio.”

Co-owner, 81-year-old Peter Murray, is seeking to bring the portfolio to market to focus on other business interests as he transitions into retirement.

He plans to retain a smaller portfolio of properties on the island, saying he remained convinced it was one of the best livestock production regions in Australia, with enormous opportunities to deliver high margin quality produce to the world.

It is believed 77-year-old Mr Stokes, chairman of the Seven Network is looking at re-positioning his empire ahead of the relaxation of media ownership rules.

Mr Russo said Cygnet Park Farms could be run as a whole or separately.

The portfolio will be offered for sale on a walk-in walk-out basis, in one line or in individual allotments, contingent upon the remainder of the portfolio being sold. 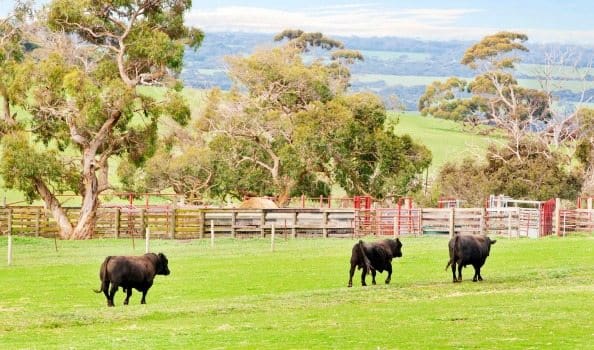