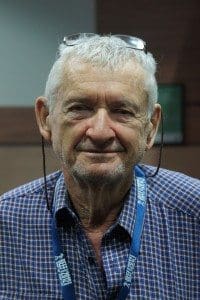 Mr Ma’s primary business is ball-bearing manufacture. He is not related to Hong Kong’s Jack Ma, who recently floated his Alibaba internet business on the new York Stock Exchange. Beef Central’s original report on the Wollogorang sale published yesterday incorrectly suggested Jack Ma was the purchaser of the 7057sq km Gulf property, on the eastern fringe of the Northern Territory along the Queensland border.

The price appears to be heavily inflated over the property’s realistic grazing land value, but it is understood Xingfa Ma holds a long-term ‘development vision’ for the property.

Located about 180km west of Burketown, Wollogorang has been owned and operated by Paul Zlotkowski and son, Stuart since the 1960s. The property is estimated to run up to 40,000 cattle. 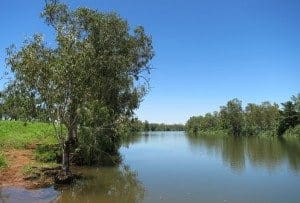 Waterways on Wollogorang, on the NT/Qld border fronting the Gulf of Carpentaria

The property features 80km of frontage to the Gulf of Carpentaria, fuelling suggestions that it’s future might lie in alternate land uses such as aquaculture, rather than cattle grazing – just as Elizabeth Downs is being redeveloped for that purpose.

The Zlotkowskis first put Wollogorang on the market in 2008, carrying an asking price of $40 million.

He is said to be targeting demand for prime beef in China after setting up a supply and distribution network for quality WA wines.

It is understood Mr Ma paid about $18 million for Balfour Downs through the Australian arm of his Tianma Bearing Group in a deal approved by the WA Government.

The Wollogorang property was sold through agents CBRE and Heinemann Rural.